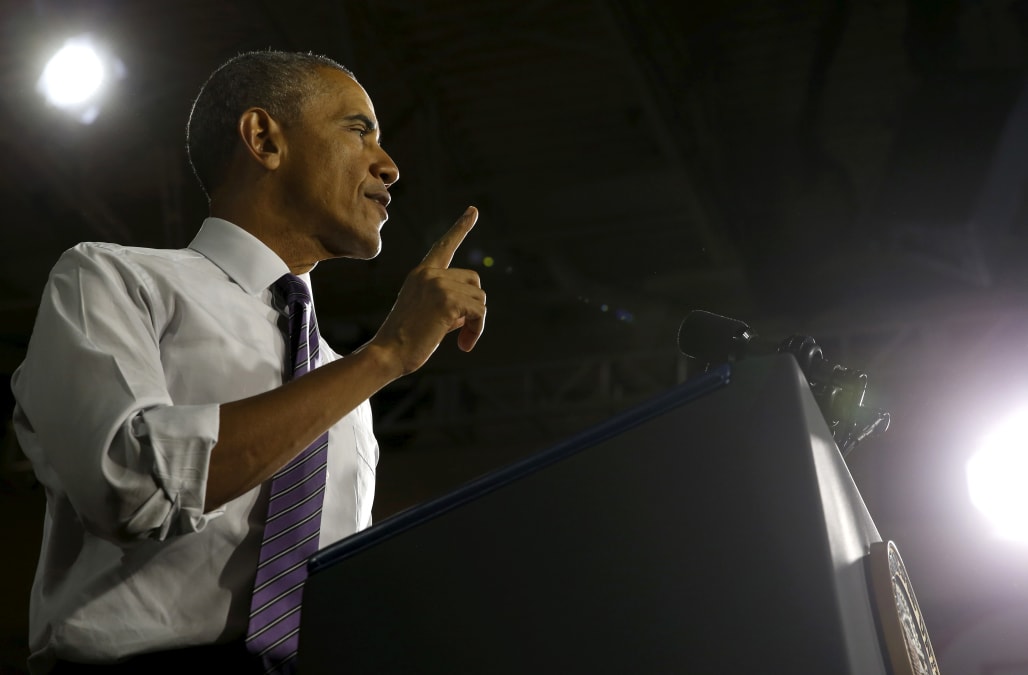 Healthcare reform in the form of the Affordable Care Act happened in 2010, but even now, Obamacare continues to evolve. With the election of Donald Trump in late 2016, many expect huge changes to the healthcare program in the coming years, although the extent of any modifications -- or outright repeal -- won't be evident until well into 2017. Nevertheless, there are already some things about Obamacare that are going to change in the next year. Below, we'll look at three aspects of Obamacare that will change in 2017.

Americans are still required to have qualifying healthcare coverage in 2017 or else pay a penalty. Those penalties will rise for some in 2017, although the increases won't be as extensive as they have been in previous years. After phasing in rising penalties over three years, 2017 will only bring an inflation-related increase to existing Obamacare penalties.

What that means in practical terms is that most people will still face penalties of $695 per adult and $347.50 per child, and the family maximum will remain at $2,085. The alternative calculation method using income above the tax filing threshold will remain at 2.5%. You'll have to pay whichever amount is larger, up to an absolute maximum equal to the cost of a bronze plan under Obamacare. That amount is expected to rise by $100 to $13,100 in 2017, leading to a slight rise for high-income taxpayers who don't have healthcare coverage.

You can still claim an exemption to avoid the individual mandate penalties, for reasons including a lack of income, financial or personal hardship, or various other provisions. If you qualify, then you won't have to pay a penalty despite not having coverage. With such high penalty amounts, there's plenty of reason to look for ways out of paying them.

2. Obamacare premiums will rise for those not getting subsidies

As we've seen in previous years, the health insurance companies that participate in the Obamacare marketplaces have generally raised their premiums substantially. However, the added cost will largely be borne by the federal government for those who get subsidies based on their income levels.

Average premiums for the second-cheapest silver plans in major cities across the country will jump at a faster rate in 2017 than in previous years, according to the Kaiser Family Foundation. Across the 50 states and the District of Columbia, premiums will rise in 48 jurisdictions, with declines only in Rhode Island, Massachusetts, and Indiana. The biggest percentage increase will be in Phoenix, where rates are seen rising $300 to a total of $507 per month. Four more cities will see increases of 50% or more, and even the large New York City market will likely see a rise of almost a quarter.

However, those who receive premium tax credits to subsidize their coverage won't see any increases in their out-of-pocket costs for the most part. Eligible participants will continue to have to cover about $207 per month in costs, with subsidies covering the rest. Only those who don't qualify for subsidies will bear the brunt of the boost, with premiums expected to cost between $229 and $904 per month depending on where you live.

Finally, some changes to Obamacare will focus on getting participants more of the information they need to make informed choices. For instance, new rules will require insurance companies to provide 30-day notices before network providers are taken out of coverage options. Providers will have to continue coverage for up to 90 days in some cases. In addition, measures to try to fight unexpected out-of-network medical bills will include requiring insurers in some cases to count costs toward annual out-of-pocket maximums. Nevertheless, patients will still have to watch for situations in which going to an in-network facility still results in out-of-pocket costs because of the particular individuals working with them.

Another rule focuses on standardizing out-of-pocket costs in order to make it easier to compare different types of coverage. By requiring first-dollar coverage for certain services, Obamacare will make it easier for participants to get basic care. Copayment levels will also likely change, with bronze plan copayments rising in some cases but silver plan copayments falling.

Obamacare is very much in flux, and political considerations could produce much bigger changes than the three discussed above. Nevertheless, you'll want to know about these changes if you're looking at using Obamacare in 2017.

David and Tom just revealed what they believe are the ten best stocks for investors to buy right now... and Wal-Mart wasn't one of them! That's right -- they think these 10 stocks are even better buys.

*Stock Advisor returns as of December 12, 2016
The author(s) may have a position in any stocks mentioned.