20 hot athletes with the biggest endorsement deals of 2016 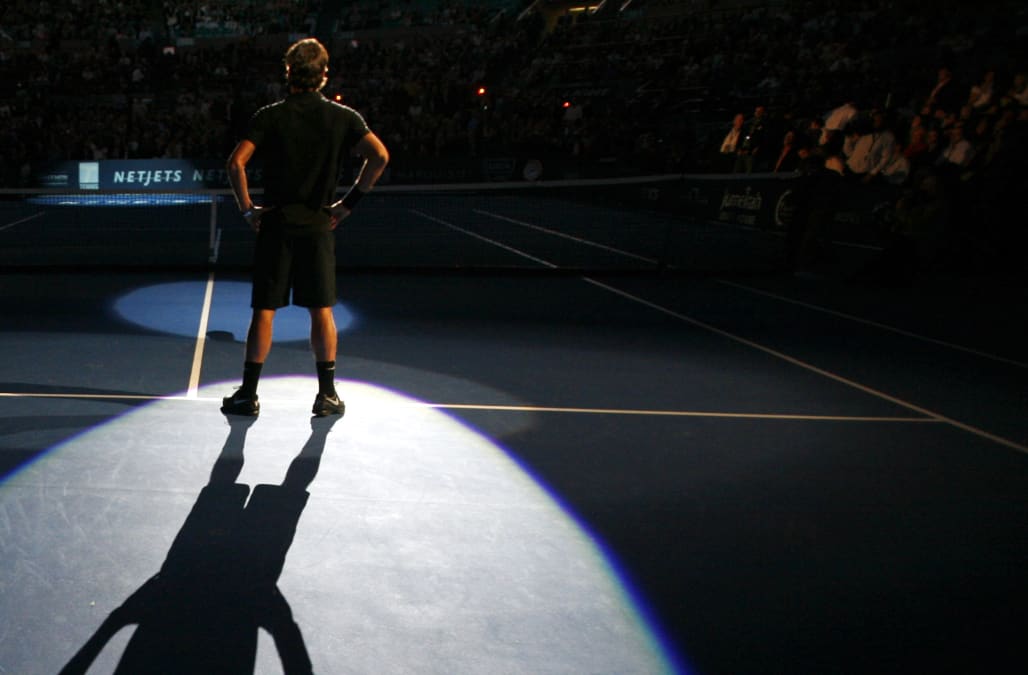 Have you ever wondered how much money a professional athlete makes? While it obviously varies depending on the sport and the player, many athletes put their salaries and winnings to shame with their massive earnings off the playing field (or court).

For example, professional golfer Phil Mickelson brought home roughly $2.9 million in salary and winnings in 2016. That's not bad! But off the course? Mickelson amassed a sizable fortune — $50 million — from endorsement contracts.

According to Opendorse, a company designed to match potential brand sponsors with athletes, the top 100 highest-paid athlete endorsers this year collected more than $924 million in sponsor deals. That's an increase from $917 million in 2015.

So, which athletes are bringing in the most money off the field?

According to Opendorse and Forbes' list of the world's highest-paid athletes, these 20 athletes — listed from lowest to highest — brought home the biggest endorsement checks in 2016:

20 athletes with the biggest endorsement deals of 2016

The only NFL player to land a spot on our list of the 20 biggest athlete endorsers, former quarterback Peyton Manning — who played for the Indianapolis Colts and later for the Denver Broncos — earned $15 million in 2016 from sponsorship deals with Buick, DirecTV, Gatorade, Nike and Papa John’s — just to name a few. “Manning’s laundry list of football accomplishments, a clean public image, and his dry, everyman sense of humor make him the NFL’s most sought-after athlete endorser,” says Opendorse,


Andy Murray skyrocketed to fame in 2013 when he became the first Brit to win Wimbledon since 1936. He has endorsement deals with Standard Life, Head, Jaguar and Under Armour.

James Harden collected just $4 million in endorsements in 2015, but those earnings shot up to $17 million this year after he shone on the court during the 2014-2015 season playing with the Houston Rockets. Now the 27-year-old shooting guard — with what Opendorse describes as an “infamous beard and eclectic persona” — has signed on for a 13-year $200 million sponsor deal with Adidas. Harden also has partnerships with Beats by Dre, Foot Locker, BodyArmor and NBA 2K, among others.

Serena Williams not only dominates on the tennis court, but she’s also on the verge of netting the top spot for female athlete endorser “very soon,” according to Opendorse. Williams has deals with Gatorade, Chase, Wilson, Nike and Delta, among others.


One of only two women to earn a spot on this list, the Russian tennis star has endorsement contracts with Nike, Evian, Porsche and Avon. After Maria Sharapova made headlines for failing a drug test at the Australian Open in January 2016, sponsor Tag Heuer opted to not renew a contract with her. Although Sharapova has collected more than $300 million in prize money and endorsement deals since she turned pro in 2001, Forbes says her earnings will “plummet over the next 12 months with big reductions in her endorsement contracts for not playing a minimum number of events.”

Neymar da Silva Santos — better known as just Neymar or Neymar Jr. — is only 24 years old, but “he’s got the hair, the flair and is electric with the ball,” says Opendorse. SportsPro named the Brazilian soccer player the “World’s Most Marketable Athlete” in both 2012 and 2013. He already has partnerships with brands including Nike, Gillette, Panasonic, Red Bull, Volkswagen and Konami, which pay out about $23 million a year. Neymar plays as a forward for Spanish club FC Barcelona and the Brazil national team.

The 38-year-old Kobe Bryant retired from basketball in 2016. According to Forbes, the former Los Angeles Laker amassed $680 million in salary and endorsement deals during his 20-year basketball career, “the most ever for a team athlete during their playing career.” Bryant’s endorsements include Nike, Hublot and Panini.

The Argentine soccer superstar is No. 2 on the world’s highest-paid athletes list, earning a whopping $53.4 million annually on the field and racking up more than $28 million in endorsement deals off the field. Lionel Messi has deals with Gatorade, Adidas and Gillette, among others. Messi plays as a forward for Spanish club FC Barcelona and captains the Argentina national team.


After Kei Nishikori earned a spot in the men’s Grand Slam final in 2014, sponsors including Uniqlo, Wilson, Adidas, Procter & Gamble, Jaguar and Tag Heuer, lined up to sign him. The deal with Uniglo, a popular Japan-based clothing retailer, is worth eight figures annually, Forbes reported.


Usain Bolt, the “World’s Fastest Man” and six-time Olympic gold medalist, earned just $2.5 million in salary and winnings this year, but it’s an entirely different story off the track, where Bolt collected a whopping $30 million in endorsement earnings. Notable sponsorships include Gatorade, Puma, Hublot and Nissan. Opendorse calls Bolt “one of the most marketable figures in the world.”


Earning $50 million a year in salary and bonus from Real Madrid and $32 million in annual endorsements, Cristiano Ronaldo is the world’s highest-paid athlete for 2016. He’s also the most popular athlete in the world, garnering more than 200 million fans on social media, Forbes reports. Ronaldo has lucrative sponsorship deals with brands like Nike, Tag Heuer and Monster headphones.

Professional golfer Jordan Spieth is only 23 years old, but after an impressive year in 2015, including winning the Masters, “his success vaulted him nearly 20 spots in [athlete] endorsement rankings,” says Opendorse. Spieth has deals with AT&T, Coca-Cola, Rolex, Titleist and Under Armour.

Not only has 30-year-old tennis pro Rafael Nadal already racked up a 10-year Grand Slam winning streak — the longest in men’s tennis history — but the athlete also has amassed an impressive endorsement portfolio, with brands including Nike, Babolat, Tommy Hilfiger and Kia.

Novak Djokovic isn’t just playing well on the tennis court — becoming the first player to tops $20 million in on-court earnings in one season. The Serbian has also racked up more than $34 million in endorsements, including deals with Adidas, Head, Seiko and Peugeot.

Although Rory McIlroy took a massive $9 million cut in his golf earnings from 2015 to this year, he “continues to be a bankable marketing star,” says Forbes. The 27-year-old golfer has endorsement deals with Nike, Omega, Bose and Upper Deck.

Kevin Durant, who stunned the basketball world in 2016 by ditching Oklahoma City for a two-year contract with the Golden State Warriors, signed a 10-year endorsement deal with Nike in 2014. He also has partnerships with Neff, Foot Locker, 2K Sports, Sprint, Sonic and Beats by Dre, which makes headphones and speakers.


Although the 41-year-old golf star amassed a fortune earlier in his career with endorsement deals with brands like Gatorade, Buick, AT&T and Nike — all but Nike have moved on from Tiger Woods. Forbes says Nike ponies up about $20 million a year for the golf pro, who also has sponsorship deals with Rolex, Hero MotoCorp and Upper Deck.

The 46-year-old PGA star banks roughly $50 million in sponsorship paychecks each year. Phil Mickelson’s endorsement partners include KPMG, Callaway, Barclays, Exxon Mobil and Rolex, among others. Mickelson, who was diagnosed with arthritis in 2010, has also partnered with Amgen, maker of the arthritis drug Enbrel, which the golf pro has used to treat his condition.

The star of the Cleveland Cavaliers has amassed a lengthy list of sponsorship deals, including contracts with Nike, Coca-Cola, Kia, McDonald’s, Samsung and Beats by Dre. LeBron James signed a lifetime contract — the first of its kind — with Nike in 2015. The contract is rumored to top $1 billion.

More from MoneyTalksNews:
The Most Sinful City in the U.S. Is â¦ (Hint: It's Not Vegas)
Resolutions 2017: Save More Money Using 5 Simple Tricks
How to Cut the Cable TV Cord in 2017