Northeast workers use email more than rest of country 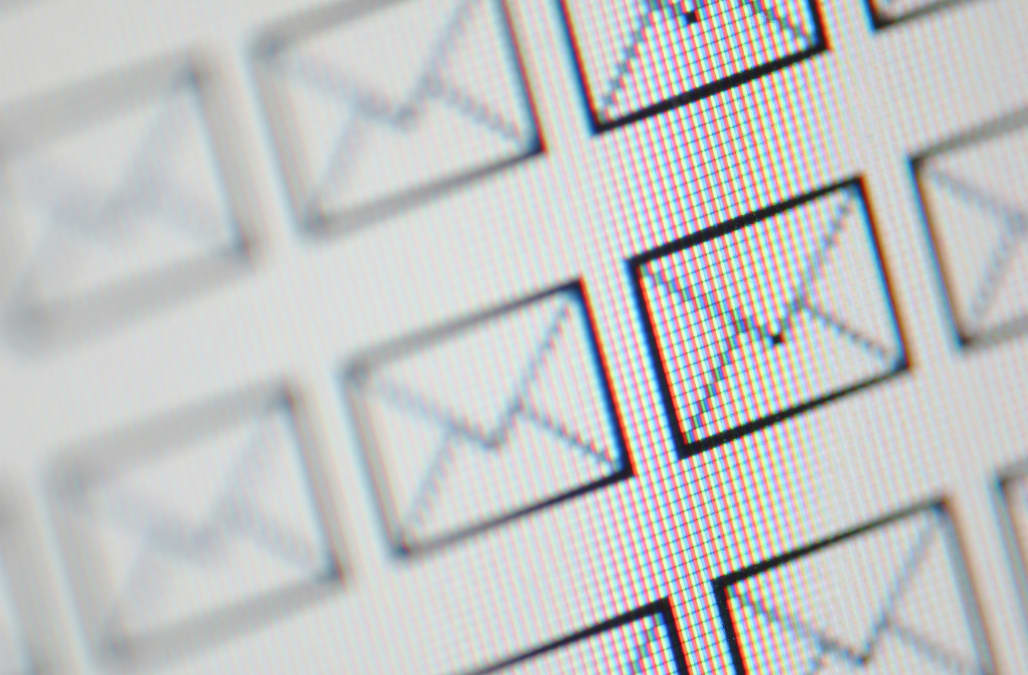 A recent study reveals workers in different states use email differently and at different times of day.

It's hardly a secret that people spend an insane amount of time on email. Every day, businesspeople send 212 billion emails. If those emails were printed out on paper, they'd encircle the earth roughly 1,600 times. Note that's every DAY.

More From Inc.com: 11 of the Year's Most Beautifully Designed Products

Maybe it's not surprising that a disproportionate amount of those emails come from the northeast corner of the United States, according to a recent survey of 1,000 businessfolk conducted by the email marketing service provider ReachMail.

Take the amount of time that workers are connected to email, for instance. About 30% of American workers have their email program open constantly. In the Northeast, however, that figure swells to 37%.

19 unprofessional email habits that make everyone hate you

"Like the boy who cried wolf, if you abuse the urgent marker, it won't be long until no one will pay any attention to it," Rosemary Haefner, chief human-resources officer for CareerBuilder, tells Business Insider.

And when you finally do send a truly urgent email, no one will pay attention, she says.

While the tone of your message should reflect your relationship with the recipient, Haefner says, too much informality will make you come across as unprofessional.

She advises being judicious in your use of exclamation points, emoticons, colored text, fancy fonts, and SMS shorthand.

What's more, not everyone can quickly decode acronyms, Rosalinda Oropeza Randall, an etiquette and civility expert and the author of "Don't Burp in the Boardroom," tells Business Insider.

"Be especially mindful if you work with people from different generations, have language barriers, or prefer a more traditional tone," she says.

At the same time, you don't want to come off as a robot.

She laments that sometimes she receives "one-line emails that are so transactional they sound like an automaton is responding."

"Email is not a party in the break room, it's a communication tool," Haefner says. "If you're responding to an email sent out to a group, be sure you are only hitting 'reply all' if your reply is truly necessary for everyone to receive."

At the very least, sharing information that's not yours to share is annoying. It could also be a liability.

Whether you're cc'ing a client on an email where your boss said something about them or including a coworker on an email chain where another coworker shares personal information, "No one likes to have someone else decide to cc someone without being asked first," Randall says.

The best rule of thumb is to never assume it's OK to share an email with someone new to the conversation.

"I am not a big believer in blind copying people on emails," Oliver says. "When I have been bcc'd, the first thing I think is, 'If she is bcc'ing me on this, who else has she bcc'd on other emails?'"

"If you need to forward an email to someone who technically should not be on the chain, cut and paste the email into a separate email for that person," Oliver suggests.

"It's me," "Hey," or "FYI" give the email recipient no indication of what you're emailing them about, and they're less likely to open your email as a result.

"None of these prompt immediate attention," Randall says. "A workplace email, is best when it's clear and concise. Giving the recipient a clue can encourage them to read and reply quicker."

Not including a subject line at all

As Amanda Augstine, a career expert for TopResume, previously told Business Insider, this can be irritating to the recipient, who is forced to open the email to figure out what it's about.

If you begin a thought or question that ends in the email, then the reader is once again forced to open the email, which is annoying, Augustine previously told Business Insider. The goal is to be clear and respectful of the recipient's time.

If you're sending out an email in a professional capacity, whether it's to a client, colleague, or potential employer, avoid sending it from an unprofessional email account, Randall says.

Anything cutesy, sexy, vulgar, or nonsensical will set a negative tone from the get-go. If you insist on keeping "S3xyCan1@netscape.net," at the very least create a separate email account strictly for professional emails, Randall suggests.

Putting words in ALL CAPS

ARE YOU YELLING?!?! Because that's what using all caps looks like.

Unless you want to give your email recipient a heart attack, turn your CAPS LOCK off. And while you're at it, ease off on all the exclamation points.

Sending too many personal emails

Jokes, touching stories, and motivational quotes sent on occasion could cheer up someone's day, Randall says, but they can quickly become tiresome.

"No matter how well-meaning you are, bombarding your coworkers' email on a daily basis can prompt them to auto-delete," she says.

It can be tempting to show a little ire in your follow-up email, especially when you've been waiting on something that hasn't been delivered. Don't, advises Oliver.

"People always remember the mean email," Oliver says, "which is why you must not send one."

Instead, she advises writing the email you want to send, saving it in your drafts folder for 48 hours, and then revising it to take out the snippiness.

"It will help you accomplish your goal faster because you will come off as patient and professional as opposed to snarky," she says.

If you know the person really well, you can sometimes dispense with the niceties, Oliver says.

"But if the person to whom you're writing is a business colleague or a client, err on the side of politeness. Use words like 'please,' 'thank you,' and sign off with a word like, 'Best,'" she says.

"Sent from my iPhone," is no excuse for sloppy emails.

While Oliver says one typo here and there is becoming more acceptable because everyone is sending emails from their phones, more than one per email is unprofessional.

Oliver says that she's done it occasionally herself "because sometimes you wake up very early and you're feeling productive."

If inspiration strikes you at odd hours of the night, Oliver suggests writing the email, saving it in your drafts folder, and sending it during working hours.

If you choose to use an exclamation point, use only one to convey excitement, says Barbara Pachter, author of "The Essentials of Business Etiquette."

"People sometimes get carried away and put a number of exclamation points at the end of their sentences. The result can appear too emotional or immature," she writes in her book. "Exclamation points should be used sparingly in writing."

Purple Comic Sans has a time and a place — maybe? — but for business correspondence keep your fonts, colors, and sizes classic.

The cardinal rule: Your emails should be easy for other people to read.

"Generally, it is best to use 10- or 12-point type and an easy-to-read font such as Arial, Calibri, or Times New Roman," Pachter advises.

As for color, black is the safest choice.

Most people spend seconds — not minutes or hours — reading an email, and a lot of people only skim them, so write your email accordingly.

Large blocks of text are hard to read, so it's better to break emails into short paragraphs, Haefner says. Bullet points or numbered lists are even easier to digest.

You can also use bold or italics to highlight important parts of your message, but you should do so sparingly.

In the high-tech haven of Massachusetts, though, a whopping 68% of workers have their email program open all the time. By contrast, most workers who reside in Arizona and Texas check their emails only about once a day, on average.

There are similar differences in the amount of emails sent. Nearly half of American send fewer than 10 emails a day. In the Northeast, however, the average is 22 emails a day, more than twice the national average.

Once again, Massachusetts tops the chart, with the average worker sending 28 emails a day, while workers in the Western United States average a measly 18 emails per day. (Since that figure includes California, the non-coastal percentage is truly miniscule.)

There are also regional differences in how long it takes for workers to answer emails. 58% of American answer emails within a single hour while a third of workers in New York State take at least 6 hours.

The study revealed some other interesting email quirks. Workers in the Beehive State (Utah) are the earliest in the nation to get onto email, with the average worker opening the first email at 6:30 am. The state where workers log off email the latest? Sleepy Tennessee.

Perhaps surprisingly, most Americans have less than 10 unanswered emails in their Inbox. Workers in laid-back South Carolina have the most unanswered emails, 29 on average, while a third of worker in (again) Tennessee have 100 that are unanswered.

It's clear from these statistics that Northeast elites are generally more "plugged in" (if less prompt) than their counterparts in the so-called flyover states. Maybe that explains why the Northeast is losing political and business power?