The worst airports to fly out of during the holidays 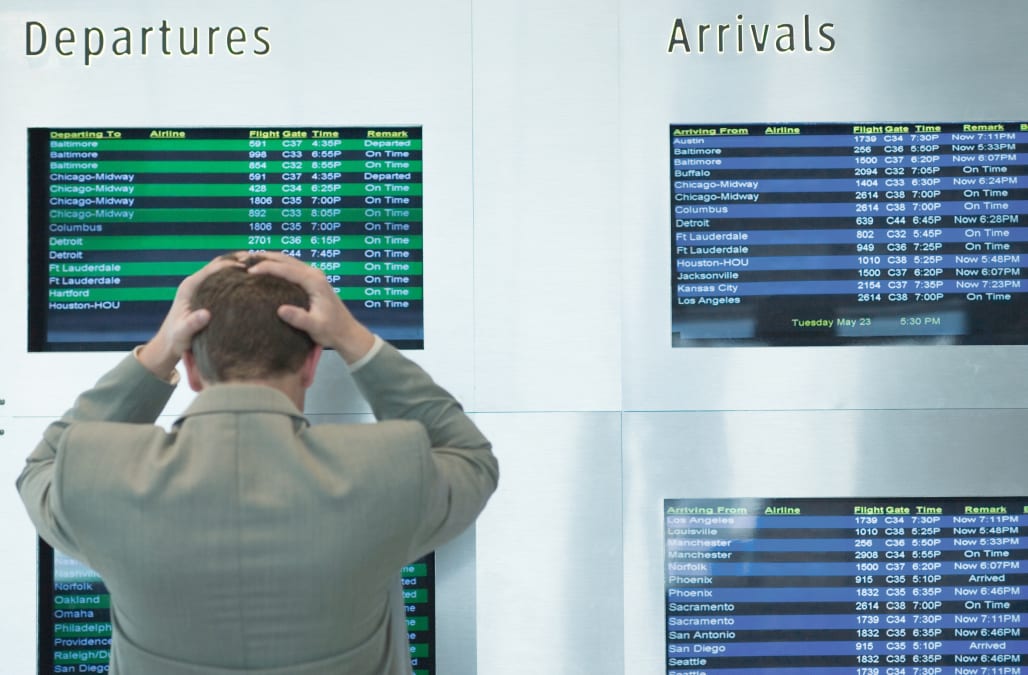 The possibility of bad weather combined with the huge number of passengers trying to get around makes the December holiday period one of the worst times of the year to be an airline passenger. If you are one of the many Americans who have tried to get home for the holidays and been thwarted by a delayed or canceled flight, you are not alone. Read on as we delve into the flight data from America's busiest airports to find the worst airports to fly out of during the holidays.

Check out our credit card calculator.

In order to determine the worst airports for flying over the holidays, we looked at data for domestic flights which occurred during the month of December from 2012-2015. We examined the percentage of flights which were delayed, the average length of those delays and the percentage of flights which were canceled. We only considered airports which had at least 4,000 domestic flights during this time period. In order to understand where we got our data and how we put it together, read the full data and methodology below.

10 airports to avoid flying out of during the holidays

Used by New Yorkers and New Jerseyans alike, Newark Liberty International Airport is the second-worst airport to fly from during the holidays. This is consistent with previous research showing Newark to be one of the worst airports for connections. Newark has an even higher flight delay rate than SFO. Over 51% of flights leaving Newark from December 2012-2015 were delayed. It’s second to San Francisco in our final ranking because it’s average delay time (almost 37 minutes) is shorter than SFO’s and fewer of its flights end up being canceled (2.8%).

Fun fact: the airport in Little Rock, Arkansas is named after three people. There were 4,300 domestic flights out of Bill and Hillary Clinton National Airport/Adams Field from December 2012-2015. Just over 42% of those flights were delayed and the average delay time was almost 40 minutes. Clinton National Airport’s flight cancelation rate is the metric holiday travelers will want to be the most aware of. During the period we considered, close to 4.7% of flights were canceled. That’s the second-highest flight cancelation rate in our top 10.

Related Article: How to Get Cheap Flights

Chicago O’Hare International Airport has been in operation since February 1944. It’s likely most American travelers have spent at least some time in it, as it’s the hub for some of the biggest airlines like United and American. Over the four-year holiday period analyzed there were close to 96,000 domestic flights out of O’Hare. Almost 3% of those flights were canceled and more than 48% were delayed.

Palm Springs International Airport barely made our cut-off with a total number of 4,181 domestic flights during the period we analyzed. Despite the famously pleasant Palm Springs weather, 36% of flights in December managed to be delayed and those delays lasted an excruiting 45.9 minutes on average, the longest in our study. But if you’re a lover of golf, getting stuck in this airport may not be so bad. It contains a PGA Tour Shop and a golf-themed eatery named The 12th Fairway Bar and Grille.

The Cincinnati/Northern Kentucky Airport serves the greater Cincinnati metro area and flying through here may be a struggle. The good news is that it has the lowest delay rate in our top 10 – only 31% of domestic flights out of Cincinnati/Northern Kentucky International Airport were delayed in the month of December from 2012-2015. However 3% of flights ended up being canceled. That’s the fourth-highest for that metric in our top 10.

General Mitchell International Airport in Milwaukee ranks seventh on our list of worst airports for holiday travel. Bad weather may factor into Milwaukee’s cancellation rate – 2.4% of December domestic flights out of this airport were canceled over the time period we analyzed. It also has a high flight delay rate of close to 42%.

LaGuardia Airport in New York is ninth on our list and is the second Northeast airport to appear after Newark. When domestic flights out of LaGuardia are delayed, you’ll probably be sticking around for a while. The average flight delay time during the period we analyzed was over 37 minutes. LaGuardia also ranks in highest 10 for cancellation rate – 2.6% of its December domestic flights ended up being canceled.

The Dallas/Fort Worth area is serviced by Dallas/Fort Worth International Airport. It is the third-busiest airport in our analysis behind the Hartfield-Jackson Atlanta International Airport and O’Hare. There were 90,300 domestic flights scheduled to leave the Dallas/Fort Worth airport during the time period we analyzed. Of this 90,300, almost 5% were canceled and 47% were delayed. That’s the highest cancellation rate in our top 10 worst airports. The good news is that it also had the lowest average delay time of the 10 airports (just over 32 minutes).

In order to conduct our analysis of the worst airports to fly out of over the holidays, we looked at data on all airports which had a minimum total of 4,000 domestic flights during the month of December from 2012-2015. This left us with 78 different cities and we ranked them according to these three metrics:

The post The Worst Airports to Fly out of During the Holidays appeared first on SmartAsset Blog.

More from SmartAsset:
The Best Places to Travel in January
How Does Credit Card Interest Work?
How to Build Credit with a Credit Card