3 questions to ask at the end of a job interview 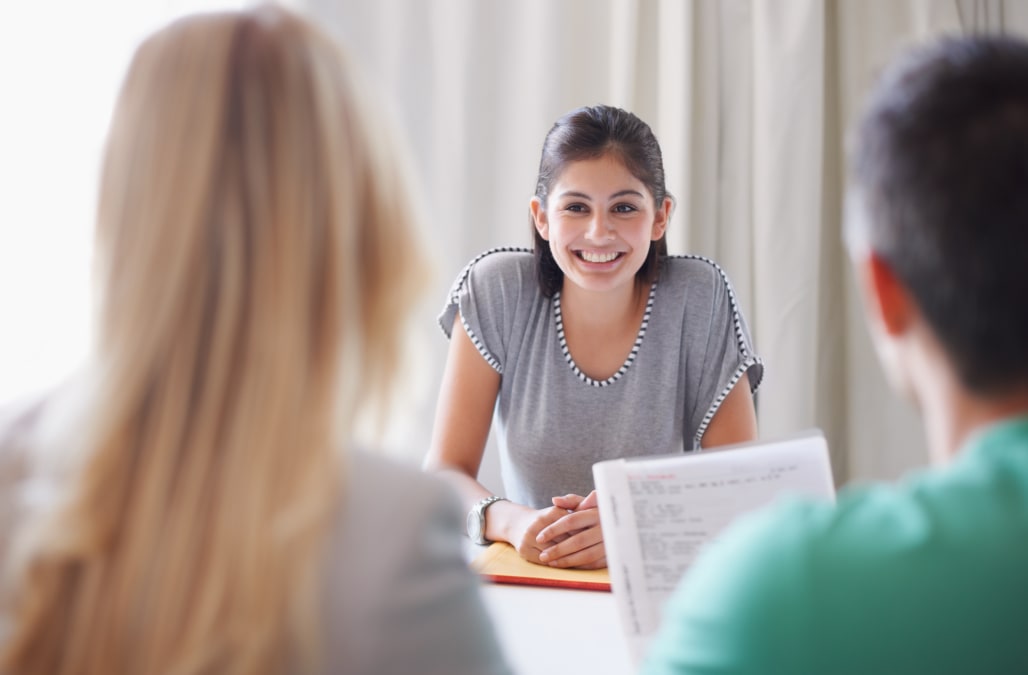 Every job interview is different, but there are some parts of the process that are similar at most companies. For example, at the end of the job interview, hiring managers typically ask candidates if they have any questions.

If you're used to skipping through this part as quickly as possible, you're neglecting an opportunity. Ask the right job interview questions, and you can gain important information about whether or not you really want to work for the company.

Ask: "Can You Give Me a Brief Summary of Your Time at the Company?"

You can learn a lot about a company by asking this question. It's not uncommon for people who are leaving a company to interview candidates to fill their position. By asking about that person's time at the company, you can possibly learn why that person is leaving and what challenges might be ahead for you in this job role. Keep an eye out for any red flags or warning signs.

Ask: "What Is Your Vision for the Team or Company?"

The answer to this question might give you an idea of the company's long-term goals — and your role in them. If the answer here makes you feel queasy, it might not be a good idea to continue with the interview process.

Ask: "Is There Anything I Can Expand Upon?"

Feel like you sold yourself short during the interview? Now's your chance to clear the air. By giving the interviewer another opportunity to ask questions, you can potentially clear up any miscommunications, or further elaborate on some successes. It's your last-ditch chance to explain why you would make you the best candidate for the job.

22 things that make you sound rude in a job interview
You are totally justified in being annoyed that your interviewer kept you waiting. That being said, you get no brownie points for grumbling.

Make sure you give yourself enough time to get to the job interview — even if that means showing up super early and waiting around at a nearby Starbucks.

And if you are late, don't draw attention to it or make excuses. Quickly apologize and move on.

This doesn't necessarily make you sound rude, per se. It's a weird question, though. Your interviewer may just assume that you're impolite and unable to work with others.

You should never bring gossip into a job interview. It's highly unprofessional.

You are totally justified in being annoyed that your interviewer kept you waiting. That being said, you get no brownie points for grumbling.
You didn't care enough about the job to run a quick Google search? Questions like this will make you look unprepared and inconsiderate.
Yes, you do. Claiming not to have shortcomings just makes you come across as arrogant.

Hold off on the profanities. Curse words will make you sound vulgar and unprofessional.

This one puts the interviewer on the spot. If you really want feedback, wait until you get the offer or rejection, and then ask in an email what you did well or could have done better.
It's great if you're coming to the table with a lot of ideas on how to improve the organization. Try to keep your language positive, though, or your interviewer may wonder why you're even interviewing in the first place.
Are you kidding me?

Seriously, contain your enthusiasm. This may be true, but definitely don't admit it to your interviewer.

Don't just barge in and start talking. You may be nervous and eager to get it over with, but remember to introduce yourself first.
What have you got, a date or something? Try to keep your schedule relatively uncluttered on the day of the interview.
If the interviewer offers, then it's fine to ask for a beverage. Just don't forget to say "please" and "thank you." In fact, you should show off that you have good manners when you can during the interview.
Yes, job interviews are all about discussing yourself and your abilities. That being said, you want to keep the focus on how you can help the organization. The conversation should always go back to that main thesis.
You're here as a job candidate, not as a super-critical interior decorator. Don't imply that you're disappointed or underwhelmed.
You really don't want to say anything that could be considered condescending to the person standing between you and a potential job.
Keep politics out of conversations with your interviewer. If they bring it up first, then do what you can to change the conversation.
This one's a toss-up. Some people are totally cool with being called things like "guys" or "ladies." Others get really irked. It's probably better to err on the side of caution here, lest you come off as belittling or disrespectful.
If you start talking about the nitty gritty details of your new job, make sure to avoid coming across like you think you know better than anyone else. Criticizing the company's way of doing this is a surefire way to alienate your interviewer.
Up Next

Tell Us What You Think!

Is there an interview question you think we missed? We want to hear from you! Comment below or join the discussion on Twitter!

The post 3 Questions to Ask at the End of a Job Interview appeared first on Career News.