With online sales booming, is brick-and-mortar on the way out? 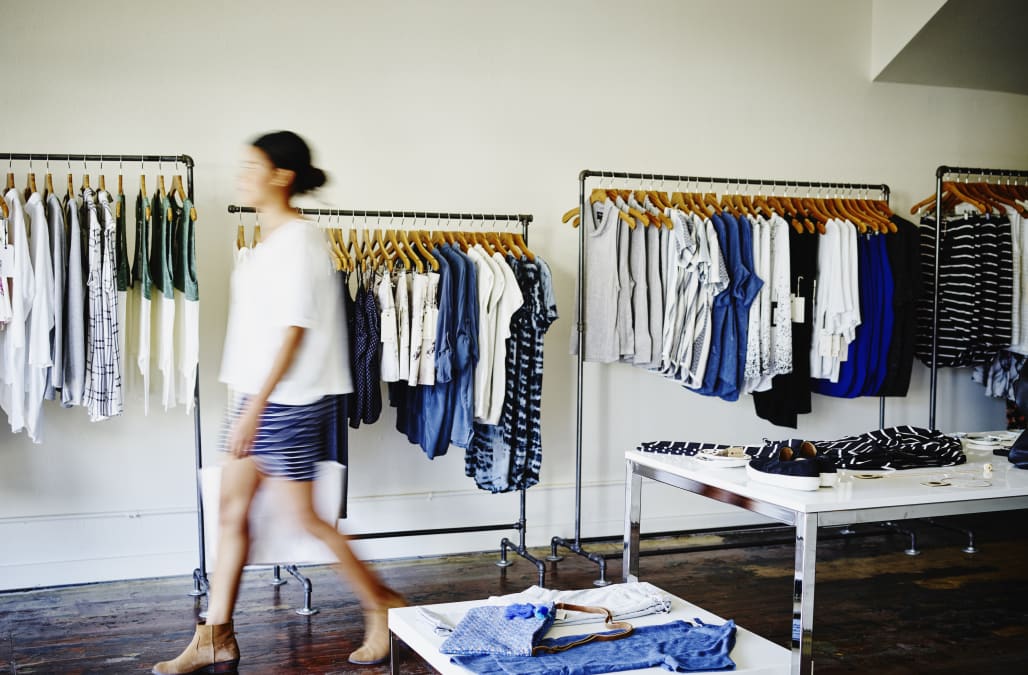 Shipping companies are battling to keep up with American shoppers who are increasingly opting against battling crowds at brick-and-mortar stores, instead taking their business to the internet.

UPS is expecting to deliver more than 30 million packages per day plenty of times in the lead-up to Christmas. Over the entire holiday season, the company is expecting to handle shipments north of 700 million.

SEE ALSO: For 95% of online consumers, better shipping options are the key to holiday sales

Similarly, FedEx last month noted its daily volume of packages in any given year doubles between Black Friday and Christmas Eve, from 12 million shipments to more than 25 million. The company expects peak holiday shipments to be up 10 percent this year from what was seen in 2015.

Both companies have brought on tens of thousands of seasonal workers to help handle a holiday rush that's consistently become more chaotic with each passing year. FedEx's release indicated as much, noting that "the rapid growth of e-commerce has driven significant shifts in demand over the last several years."

"Online and mobile commerce is simultaneously creating new opportunities and challenges for the retail industry," Kate Gutmann, senior vice president of sales and solutions at UPS, said in a statement. "Yet a constant remains: The holiday season is the most important time of the year for retailers."

Overall, the federation projects total holiday sales will be up a respectable 3.6 percent in 2016. But non-store sales are likely to grow at twice that pace – between 7 and 10 percent. The percentage of consumers expected to shop online this holiday season, 56.5 percent, is almost identical to the percentage that will shop in department stores – 56.6 percent.

This shift toward online shopping isn't exclusive to the final months of the year, and does appear to be eating into brick-and-mortar sales. The Census Bureau's monthly retail sales report shows transactions at non-store retailers in November were up 11.9 percent over the year, while department store sales were down 6.4 percent. Sales at sporting goods, hobby, book and music stores were down 1.4 percent, while electronics and appliance stores saw a 3.8 percent cut.

Further illustrating the growth of e-commerce, a new study published by the Pew Research Center found that nearly 80 percent of Americans do at least some shopping on the internet, with 43 percent shopping online "weekly" or "a few times a month."

"When the center first asked about online shopping in a June 2000 survey, just 22 percent of Americans had made a purchase online," Pew researchers said in the report. "In other words, today nearly as many Americans have made purchases directly through social media platforms as had engaged in any type of online purchasing behavior 16 years ago."
​

The Pew survey did suggest, however, that Americans aren't simply abandoning traditional in-store locations. For instance, 65 percent of online shoppers indicated they generally prefer buying from physical outlets if given the choice.

But as the study also states, consumers tend to think that "price is often a far more important consideration than whether their purchases happen online or in physical stores."

It's additionally worth noting that non-store transactions in America between January and November accounted for a little more than 11 percent of all retail sales, according to government statistics. So while sales at non-store and e-commerce outfits may be growing quickly, Americans are still by and large getting the bulk of their shopping done in actual brick-and-mortar stores.

That doesn't mean the holiday season will be any less busy for the likes of FedEx and UPS, but it does show that in-store traffic hasn't disappeared entirely.

If you're a last-minute shopper hoping to avoid long lines, beware.

Items you should never buy online

Although it may be more convenient to purchase flowers online, if you have time, it's best to locate a local florist near the person you want to send flowers to. According to a study by Cheapism.com, you're more likely to pay less and receive a better bouquet for your money when you use a local florist.

You may not realize it, but when you purchase furniture online, you also have to pay for delivery and surcharge fees. In order to avoid paying these unwanted costs, it's easier to get it in person. For example, when buying furniture in-store, you're able to negotiate a better price and maybe even convince the salesperson to throw in free delivery.

Much like shopping for flowers, it is best to purchase your groceries at an actual grocery store. When you purchase them in person, you have the opportunity ensure you are choosing the best meats, produce, etc. -- something you can't do when ordering online.

As beach season rapidly approaches, you probably want to invest in a few new swimsuits. However, before you make that online purchase you'll want to heed this warning. Trae Bodge, senior editor at RetailMeNot, says, " Fit can fluctuate even among suits from the same brand...  and many online retailers don’t allow swimsuit returns if the packaging has been opened or there’s evidence the suit has been worn."

Social Media Followers
We get it, social media is addicting.  While it may be cool to have over 10,000 followers, buying them can be risky. Depending on the social media site you are using, the followers you purchase can be deleted if they are considered spam accounts.

Prescriptions
Unless advised by your doctor, you should avoid buying medicine online at all costs. It can be tempting to get off-brand products, but you may be unknowingly purchasing illegal or counterfeit drugs.

Cars
The internet has made it possible to cut out the middleman when dealing with major purchases, but sometimes, that salesperson is needed. If you're buying a car for the first time, it may be best to get it at a dealership. When you get a car online, you're taking away the opportunity to test it out first and negotiate a better deal.

Knockoff Accessories
While getting counterfeit bags and jewelry is cheaper than buying the real thing, you should do so with much caution. Oftentimes, these items are sold on unsecured sites which can lead to either your computer getting a virus or your identity being stolen.

Pets
While you can find an array of pets being sold online, it is always safest to purchase one in person. Much like furniture, you may have to deal with excessive delivery fees, and what's more, your pet can get sick or even worse.

Fragile Items
If you're truly invested in a fragile or irreplaceable item, it's highly recommended to buy and pick it up in the store. This cuts out any chances of a delivery person dropping and breaking your prized possession.

More on AOL.com:
8 major freebies and discounts you get with Amazon Prime
Beware these 6 holiday-season email scams
Shoppers bought this gadget every 2 seconds on Cyber Monday