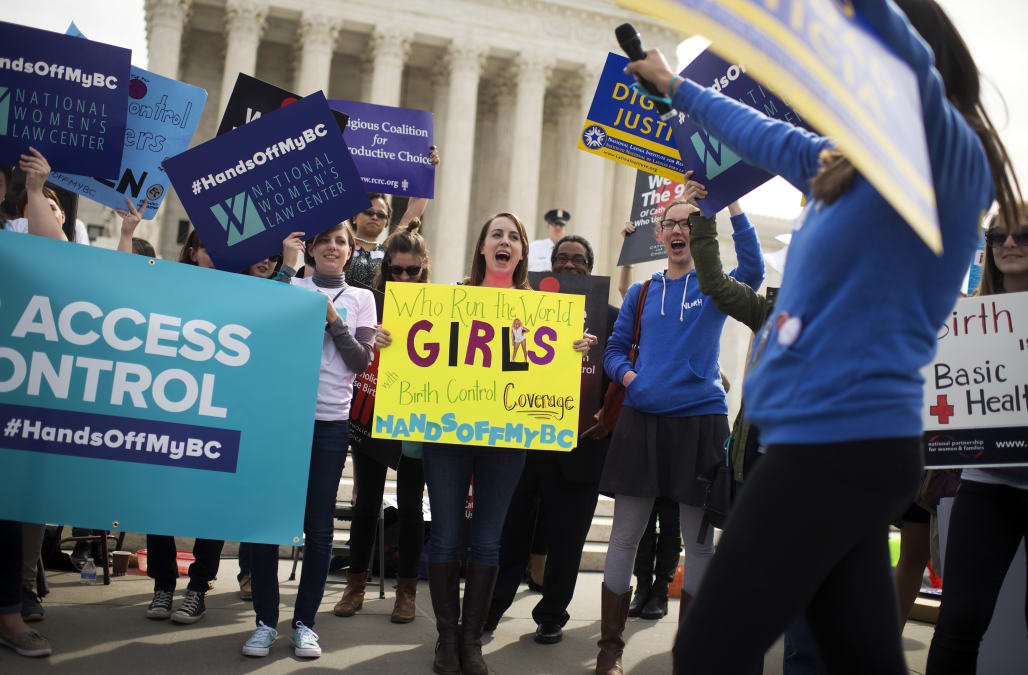 A San Francisco startup that lets women order birth control and get it delivered to their door is now giving away contraception for free with the promo code "Donald Trump."

New users receive $45 of credit toward their birth control purchases for a very limited time.

Nurx, which has been called the "Uber of birth control," launched the campaign on December 19 — the day of the electoral college vote to elect Trump — in order to make birth control more accessible. The promotional deal is only available to new users in states where Nurx operates, which includes California, New York, Washington, and the nation's capital.

"Donald Trump has said repeatedly that he wants to repeal the Affordable Care Act, and that would mean that millions of women would lose access to free birth control," Hans Gangeskar, CEO and cofounder of Nurx, said in a statement.

"This motivated us to figure out a way to help make contraception even more accessible."

Nurx, founded in 2015, set out to make the experience of filling an oral contraceptive prescription a stress-free one. Users fill out a brief profile, upload a photo of their ID and insurance card (if they have one), and pick from a range of generic and name-brand contraceptives. One of Nurx's four affiliated physicians reviews the request and issues a prescription. In fewer than two hours, a bike courier will drop the medicine at their door.

Patients without insurance can pay as little as $14 out of pocket for generic birth control.

In April, the company expanded its offerings to include Truvada for PrEP, a daily pill that has been show to reduce HIV infection among high-risk people by more than 90%, according to a clinical trial published in 2010 in the New England Journal of Medicine.

It's unclear how birth control will fare under a Trump presidency.

Throughout his campaign, Trump made promises to appeal the Affordable Care Act, also known as "Obamacare." The bill includes a mandate that "requires health plans to cover at least one form of the 18 FDA-approved contraceptives," according to a release from Nurx.

Vice President-elect Mike Pence is a staunch opponent of abortion. Slate reports that in 2011, Pence became the first congressman to try to defund Planned Parenthoood.

Tom Price, the future head of the Health and Human Services Department, has called the birth control mandate under Obamacare a "trampling on religious freedom and religious liberty."

RELATED: The evolution of birth control

The evolution of birth control
Closeup still life of Zorane tablets, a series of low-estrogen birth control pills. Shown are three packs, one open, two closed. (Photo by Hulton Archive/Getty Images)
13th August 1968: Father Paul Weir expounds on his refusal to quit the Catholic church in the St Cecilia Presbytery in North Cheam. Father Paul, 31, was suspended from his duties because he disagrees with the Pope's ruling on birth control. (Photo by Keystone/Getty Images)
(Photo via Getty)
Up Next

NOW WATCH: A gynecologist reveals the most effective birth control