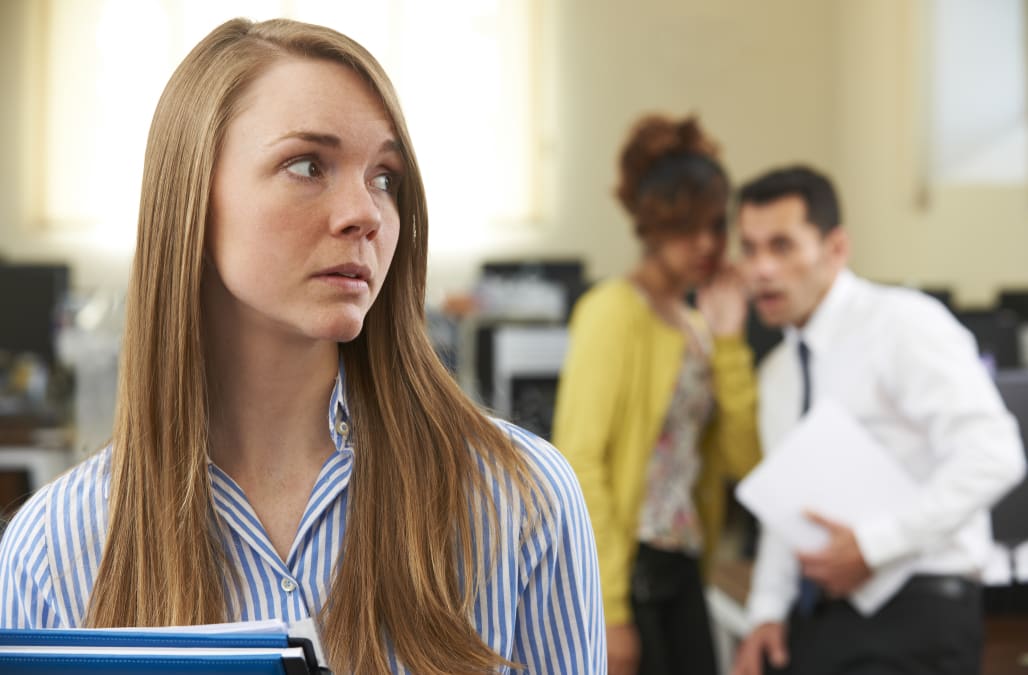 But, what if you took the opposite approach? What if -- instead of only deciding what you'll do this new year -- you also decided what you'll stop doing?

Chances are, it'd be the perfect opportunity to give up a few of those pesky behaviors that plague your professional life. So, where do you begin? Start by kicking these six bad professional habits to the curb.

If you're sick of dealing with that constant stressful scramble as you bump right up against a deadline yet again, vow to give up procrastinating in the new year.

More From Inc.com: Want to Look Cool? 30 Gifts Under $30 for Millennials

Perhaps that means you need to let go of some of your professional obligations. Or, maybe you just need to be better at managing your time.

Determine what changes you need to make to avoid those dreaded time crunches, and you're sure to feel more in control of your time and your workload.

Do you constantly catch yourself jumping in and cutting off your conversational partner when he or she is right in the middle of a sentence?

There's no time like the new year to improve your communication skills -- and, luckily, all this takes is a little bit of awareness on your end.

Focus your attention on actively listening to who you're speaking with. And, when you're feeling tempted to jump in, take a deep breath and wait until your partner pauses.

Speaking of listening skills, distracted listening is something you should aim to bid adieu to when the calendar turns.

You know what sort of listening this is -- the kind when you halfheartedly nod along while your eyes are glued to your phone or your inbox.

The people speaking to you deserve your undivided attention. So, rip yourself away from those distractions and make an effort to actively listen.

Let's face it -- gossiping never ends well. It's a habit that serves almost no purpose, other than to spread information that's often false.

But, with that being said, it's a trap that's all too easy to fall into -- particularly when it seems like an effective way to build camaraderie with other colleagues.

This year, promise yourself that you'll resist the temptation and avoid the lure of gossip. You'll be glad you did.

Are you one of those people who perpetually runs at least ten minutes late to everything? It might not seem like a big deal to you, but chances are high that it grates on other people.

While occasional delays are understandable, there's no reason for you to be late on a consistent basis.

Give that up in the new year and -- trust us -- people will be that much more willing to actually meet up with you.

Nobody likes to spend each day feeling as if they're spinning on a hamster wheel -- just doing whatever they can to chip away at that to-do list.

Instead, feeling like you have a larger mission or objective helps you to feel like you're actually working toward something that matters.

So, commit yourself to stopping that aimless wandering through each work week and instead set some bigger goals for yourself. It's a surefire way to give yourself a renewed sense of purpose.

While making resolutions for the new year is great, it can be just as helpful to give some bad professional habits up. If you're guilty of any of these, bid them adieu in the new year and prepare for your best year yet.

Nail biting is one of the most common nervous habits, Amanda Augustine, career advice expert for TopResume, tells Business Insider. "Not only does picking at your nails and cuticles look gross, but it wreaks havoc on your hands and downgrades your overall personal brand," she says.

Sadly, it's a more common habit than you might think. A Gallup study from last year reports the majority of US smartphone owners check their phones at least a few times an hour, and cell phone addiction even has a clinical name now: "nomophobia".

Too little eye contact can hurt your chances of making the right impression, Augustine says, because it can make you appear unprepared, uninterested, insincere, and even arrogant. "Aim to make direct contact approximately half of the time during a conversation and people will perceive you as believable, confident, and competent," she advises.

Rubbing your hands together or on your thigh

Rosalinda Oropeza Randall, an etiquette and civility expert and the author of "Don't Burp in the Boardroom," tells Business Insider that while these behaviors have a soothing effect, they can take the focus away from what you're saying and may be a little "too close for comfort" for watchers.

If your interview jitters tend to manifest themselves in your hands, Augustine suggests making a conscious effort to rest your hands firmly on your knees with your palms down or fold them on the table in front of you.

Saying this after every question in an interview shows how indiscriminate you are, Randall says.

Similarly, responding, "Good point," to everything your boss says may make you look more like a "yes person" than someone with their own opinions.

"Very loud laughter or hyena-like laughter during a solemn moment at the office can send a peculiar message to your coworkers," Oliver says.

And doing something at an odd time, like counting your change during a staff meeting, makes you look inadvertently rude and makes everyone wonder, "Why is she doing that right now?"

She points to studies that suggest that people who smile appear more intelligent and trustworthy than those who scowl.

"Practice interviewing or networking in front of a mirror so you can watch your facial expressions and make an effort to smile throughout the process," she suggests.

"Resist the twirling temptation by wearing an updo such as a french twist, bun, or smart ponytail," she suggests. "This is a great way to step up your interview look and resist revealing your nervousness."

Oliver warns that repeating filler words such as "like" or "um" makes you look young and unpolished, and constantly re-using the same word or phrase can make you seem insecure.

"If you grind your teeth at night, you may find yourself clenching or grinding your teeth during stressful situations," Augustine says. "This behavior can make you appear angry, overbearing, or just plain anxious."

The next time you feel your jaw tightening up, she suggests taking a deep slow breath and relaxing your facial muscles.

"Besides sounding incomprehensible to the interviewer, you appear incompetent and out of control," Augustine says. "By matching the volume and speed of speech with your audience, you will force yourself to slow down and become instantly more relatable to the other person."