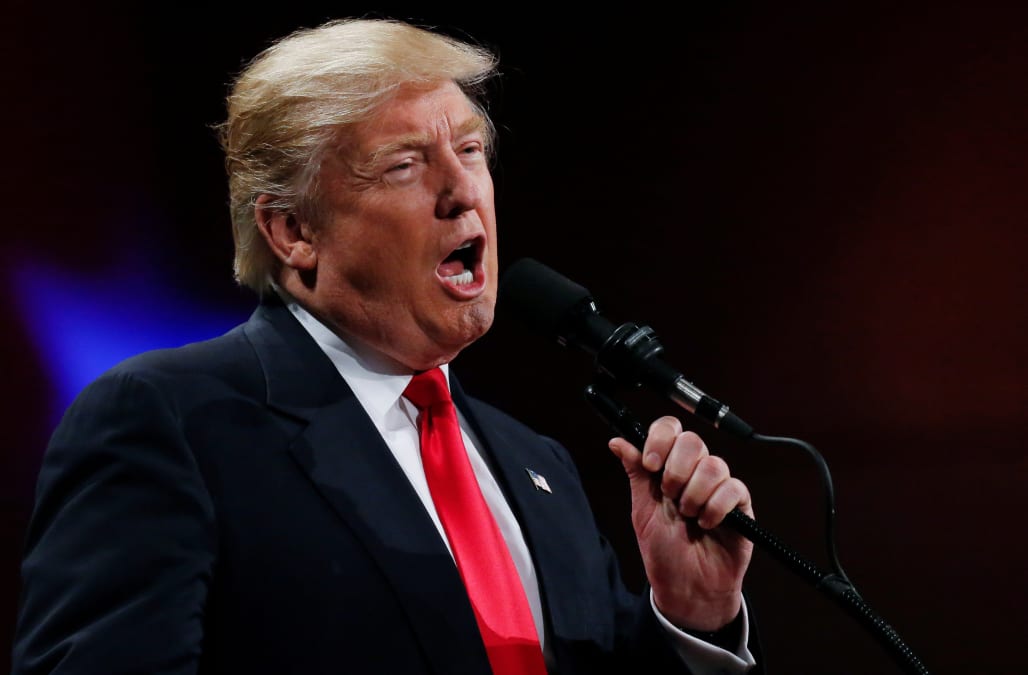 On average, women in the American workforce are paid 83 cents for every dollar a man makes. Many people in the United States don't think this should be the case. Rather, most people have said they support equal pay — including President-elect Donald Trump and some of his compatriots in the Republican Party.

And yet, Trump and other conservatives have either waffled on the issue or flat out opposed policies that could help close the gender wage gap, which — much like pay in the U.S. — doesn't reach workers equally. Women of color fare far worse than white women when it comes to the wage gap, and disproportionately occupy the minimum- and low-wage jobs that make it tough to achieve financial security. Though their incomes are much higher, women in the highest paying fields experience larger pay discrepancies with their male colleagues (who, by the way, largely outnumber them).

Economists and policy experts have proposed various strategies to close the gender wage gap across the employment spectrum, from raising the minimum wage to requiring pay transparency. But those policies are conspicuously missing from Trump's agenda. Instead, the president-elect has offered proposals that could harm women's overall economic security; they might even make the wage gap worse.

"I like to think of wage gap as an overall measure of women's equality in society," Fatima Goss Graves, a senior vice president at the National Women's Law Center, said.

You can either decide ... to upset that norm and be different, and change the range of factors that really are leading to lower wages, or you can continue to lean into the things that you know cause the problem in the first place. That's the question for the Trump administration: Are they on the side of equal pay [and equal rights] for women?

Judging by the rampant misogyny that characterized Trump's campaign and the makeup of his incoming cabinet, it would seem the answer to Goss Graves' question is no. That conclusion is also backed up by the president-elect's policy plan, which noticeably lacks policies that could help women achieve financial security and advance in society. Those policies include higher wages for minimum-wage and tipped-wage workers (groups that are both dominated by women), as well as incentives that make American work culture more feasible for people with families and, well, lives, according to economist Elise Gould.

"The way we've set up this high stakes game in some of these higher-paying professions requires being available all the time and working long hours, which isn't an efficient way to set up who should get those jobs," Gould, a senior economist at the Economic Policy Institute, said. "[The administration] could create policies that dis-incentivize working those hours. That will help women disproportionately because they have more hours devoted to home care, whether they have kids or not. A lot of those demands fall on women."

Embedded cultural norms offer some explanation for why women still shoulder most of the burdens of household work and care-taking, despite attaining more education than men and joining the labor force in ever-greater numbers. But the existing family leave policy in the U.S. is also to blame — so much so that paid family leave has become a key part of mainstream efforts to achieve gender equality at home and in the workplace.

Under the Family and Medical Leave Act, employees are guaranteed up to 12 weeks of unpaid leave as needed, which prevents many lower-income workers (again, mostly women) from taking advantage of the policy; they can't afford to take time off without getting paid. In heterosexual, dual-income households, Gould explained, it often serves families for women to take leave, even if doing so harms their careers.

"If you have an unequal system where chances are the man is going to be earning more money, it makes economic sense for the woman to take leave. They're losing less income," she said. "If you get men to take leave, that can change the culture of work life balance and care-taking. That is where the rubber meets the road on closing the gender wage gap and [eliminating] the motherhood penalty."

Enacting a paid family leave plan that extends to workers of all genders would incentivize men to play a larger role in care-taking, shifting a paradigm that ultimately holds women back. That isn't what Trump plans to do.

Instead, the president-elect has proposed a paid maternity leave plan of which only new mothers can take advantage. By affording paid leave solely to women, the Trump administration wouldn't simply reinforce heterosexual norms and exclude two-dad or single-dad families, it would institutionalize the practice of pushing women out of the workforce if and when they have children, thereby perpetuating gender bias among employers. In other words, Trump's plan would strengthen the existing forces that keep the wage gap alive and well. Goss Graves explained:

Workplaces have to comply with civil rights laws. That means it is the obligation of employers to ensure workers don't experience discrimination, including the sort of harassment that we saw in the campaign. What we know about pay is that there are likely some subtle and not subtle factors that contribute to the sorts of decisions [hiring managers and] pay-setters make.

These factors include things like penalizing mothers for being parents as well as employees. Trump's plan would effectively make that OK, while his other policies could exacerbate pay inequality in different ways.

"We're not estimating general well-being by estimating the wage gap."

"One of the really terrifying pieces of the Trump administration's immigration plan is that ... it might embolden employers to take advantage of workers who are undocumented or engage in wage theft," Goss Graves said. "What we already know is that the pay gap for Latina women is the largest of any group. When you play out a strategy that might stand to increase things like wage theft, that is not an equal pay strategy."

Of course, Trump's regressive policies threaten women's livelihoods in more ways than directly through their paychecks. The president-elect and his cabinet appointees have promised a slew of changes to existing health care policies that would unduly burden poor women of color, as well as continued assaults on reproductive rights that have the potential to harm non-binary folks and the rest of the female population.

Plans to eliminate the Affordable Care Act and defund Planned Parenthood, for instance, will likely lead to significant increases in rates of unintended pregnancy and maternal mortality; reducing access to abortion will exacerbate both problems as well. While that won't necessarily impact the wage gap, it would increase income inequality and harm women's economic security in other ways.

"We can see a host of ways in which Trump and his appointees are going to unravel certain rights, but that doesn't necessarily mean it's going to have any impact on how much people earn, or the number of hours they work," Claudia Goldin, a professor at Harvard University and director of the Development of the American Economy Program, said.

Curtailing reproductive rights and health care access, she explained, might not increase or even affect the wage gap, which can only be measured for people who are actually earning wages.

"Here we have a set of policies that cause harm to low-wage earners in terms of reproductive rights, and [could cause them] to exit labor force because they have kids to take care of," Goldin said. "We just decreased the gender wage gap. ... [But] we're not estimating general well-being by estimating the wage gap."

Instead, women's general well-being will be measured by other means: health outcomes, educational attainment and representation throughout different areas of society, to name a few. But, through both the policies he has promoted during his transition and the messaging he used during the campaign, Trump has signaled improving any of these metrics isn't a priority. That won't just harm women — it'll harm everyone.

"This is a reminder that these issues [pay equality and overall well-being] are really connected," Goss Graves said. "The wage gap is one measure that shows how interconnected fair treatment on the job, access to health care, immigrant rights and appropriately dealing with racism and misogyny are. All of those things combine ... [and give us] a number that shows where we're standing as a country."