Say goodbye to these 4 tax breaks next year 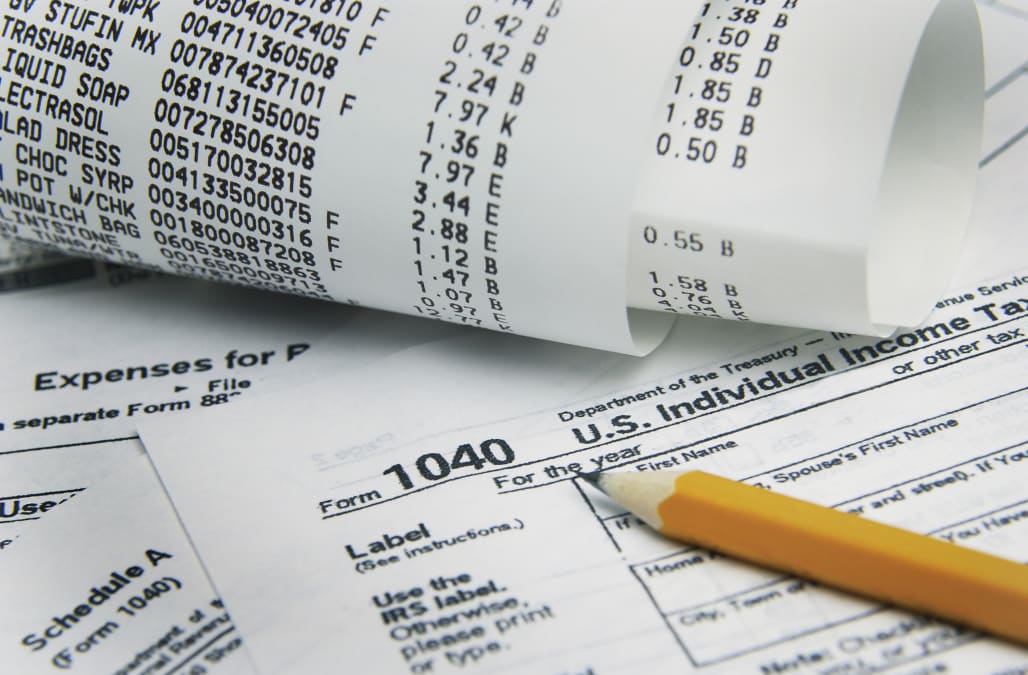 This may be the last year for individuals to take advantage of four tax breaks before they disappear. Three are for homeowners, while the last helps grad students and those enrolled in continuing education classes.

Republicans in Congress aren't interested in extending the tax code provisions that are expiring at the end of the year. Lawmakers left three dozen so-called tax extenders — breaks that have been renewed year by year — out of the $1.1 trillion stopgap year-end bill that would fund the federal government until April 28. Instead, they are eyeing a more sweeping overhaul next year, once the Trump administration and a new Congress are in place, that would simplify the tax code and lower rates.

The details of those coming tax changes aren't clear yet, but the Tax Policy Center projects that Trump's proposed reforms would cost about $6 trillion over 10 years and "significantly raise taxes for millions of low- and middle-income families with children, with especially large tax increases for working single parents." As part of the overhaul, Trump has promised to reduce or eliminate most of the "deductions and loopholes" available to the rich.

Whatever shape the tax reform takes, these popular tax breaks are likely to be cut or capped as part of the reform:

1. Mortgage premium insurance deduction: This allows taxpayers to deduct their private mortgage insurance (PMI) premiums as interest on their tax returns. Homeowners must pay PMI if they contributed a down payment that was less than 20 percent of the home purchase price. This insurance protects the lender if the homeowner defaults on the mortgage.

Related: 8 Changes Coming to Your Taxes in 2017

The deduction, created as part of the Tax Relief and Health Care Act of 2006, was originally set to expire in 2007. But lawmakers have extended it repeatedly to continue to boost the housing market. In 2014, this deduction was taken on more than 4.2 million tax returns and saved taxpayers $5.95 billion (or $1,403 per return), according to the Tax Institute at H&R Block.

2. Mortgage debt relief exclusion: If a debt has been canceled or forgiven, typically that amount is taxable. But in 2007, the Mortgage Debt Relief Act exempted homeowners who had their mortgage restructured or debt forgiven due to a foreclosure or short sale, up to $2 million. In 2014, this deduction was taken on 53,728 tax returns and saved taxpayers $5.1 billion (or $94,210 per return), according to the Tax Institute.

3. Tuition and fees deduction: Individuals can deduct up to $4,000 in higher education expenses paid for themselves, their spouse or dependents during the year. This deduction was taken on more than 1.7 million tax returns in 2014 and was worth $3.87 billion (or $2,216 per return) to taxpayers, according to H&R Block's Tax Institute.

Related: Why a Big Jump in Tax Cheating Is Just Around the Corner

4. Credit for energy-saving home improvement equipment: This credit, with a lifetime limit of $500, allows taxpayers to write off 10 percent of the cost of qualified energy-efficient improvements, such as insulation, exterior windows and doors, and certain roofs. The improvements must have been made by Dec. 31. "This is one you can actually take action on and do before the end of the year," notes Jackie Perlman, senior tax research analyst with the Tax Institute. This deduction was taken on more than 2.3 million tax returns in 2014 and saved filers $518.4 million (or $223 per return).

Guide to commonly-used US tax forms

The 1040 family of tax forms is for federal income tax and is absolutely essential for all.

The 1040EZ form is the simplest version and is typically filed by those who:

Form 1040A is more comprehensive than 1040EZ, but simpler than the regular 1040. It's beneficial for those who earn less than $100,000 and don’t have self-employment income -- but who want to make adjustments to their taxable income, such as child tax credits or deductions for student-loan interest. Note that it doesn't allow for itemized deductions.

Form 1040 is filled out by those who make $100,000 or more, have self-employment income or plan to itemize deductions.

The W-2 is completed by employers document each employee's earnings for the calendar year. You will want to take a look at this tax form for important information you'll need to fill out your 1040, 1040A or 1040EZ.
The 1098 form is filled out by those who:

The 1099 series is reports all income that isn’t salary, wages or tips, and must be reported on both the state and federal level.

1099-OID (Original Issue Discount) is provided if you received more than the stated redemption price on maturing bonds.

1099-MISC documents self-employment earnings, as well as miscellaneous income such as royalties, commissions or rents. It covers all non-employee income that is not derived from investments.

If you receive a refund that you're unable to pay in full, you can request a monthly installment plan using Form 9465.
Don't forget to notify the IRS if you move! Use Form 8822 to change your address with the Internal Revenue Service. Otherwise, notices, refunds paid with a paper check and other correspondence relating to your personal, gift and estate taxes will be sent to your former address.
Anyone who has been employed by a company has completed a Form W-9. The W-9 is used by employers for payroll purposes -- and the information on the W-9 is used to prepare employee paychecks during the year and W-2 forms at the end of the year.
The W-4 is an IRS form completed for employers know how much money to withhold from your paycheck for federal taxes. Accurately completing your W-4 can both ensure you don't have a big balance due at tax time and also prevent you from overpaying your taxes.
Up Next

What is a capital asset, and how much tax do you have to pay when you sell one at a profit? Find out how to report your capital gains and losses on your tax return with these tips from TurboTax.

Due to the recent coronavirus pandemic, many businesses and individuals are facing challenging times — including those that are self-employed. The government has issued unemployment insurance for self-employed individuals to help them manage their finances.