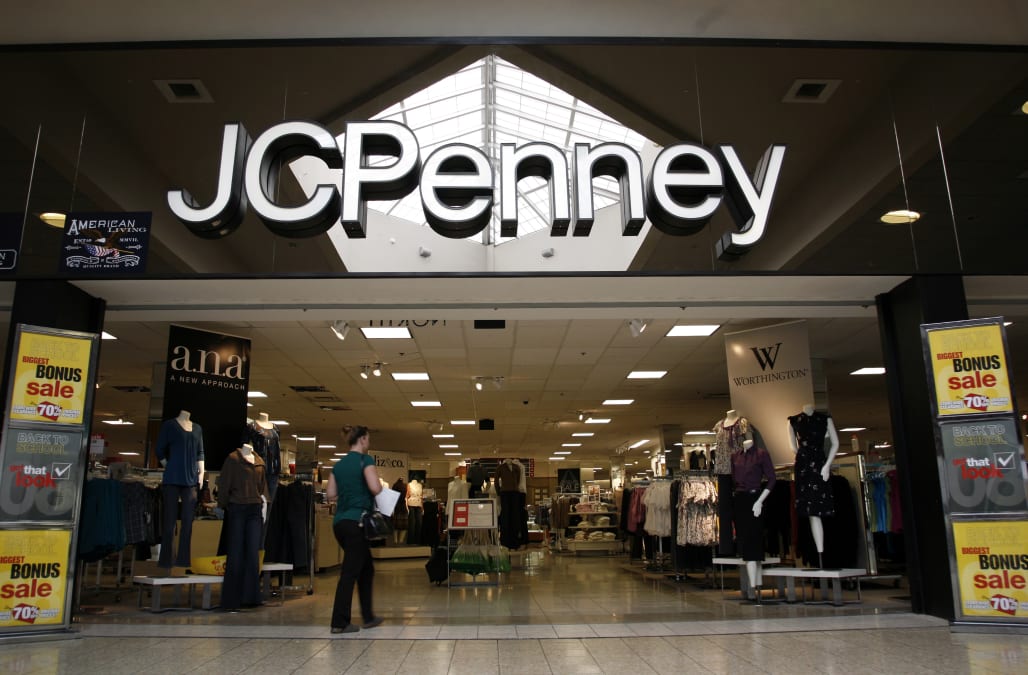 Just in time for the holiday shopping season, four major retailers have been sued for tricking shoppers with fake "sales."

JCPenney, Sears, Macy's, and Kohl's were all hit with lawsuits this week by the Los Angeles city attorney's office over an alleged "false reference pricing scheme" that misled customers into thinking they were scoring big discounts.

But the advertised "original," "list," and "regular" prices were never actually charged, according to the suits.

"Customers have the right to be told the truth about the prices they're paying — and to know if a bargain is really a bargain," said Los Angeles City Attorney Mike Feuer in a statement. "My office will fight to hold retailers responsible for their practices and to ensure consumers can make informed choices when spending their hard-earned money."

Sears, Kohl's, and JCPenney declined to comment on pending litigation.

Under California law, stores can't advertise a former price unless it was the going price as of three months ago, or if the date of the original price is clearly shown in the ad.

The suit said "thousands" of examples abounded and highlighted a few alleged instances from online sales.

10 ways retailers trick you to spend more during the holidays

If a crying baby and crowded theater can get you to bow out of a movie, chances are you won’t enjoy venturing to a crowded mall to go shopping — or spend very long in stores. Queue the calming music.

Research reported by the American Psychological Association and European Journal of Scientific Research shows that when you go into a store with relaxing music, you’re much more likely to spend more time there. If you’re already in a buying mood, chances are you might end up with an extra item or two in your basket.

Shoppers who hear classical music while shopping, for example, might spend more money than they planned because the genre is connected to the perception of affluence, reported U.S. News. This tactic is used more frequently during the holiday season, said retail specialist Mari Corella, who has worked with large national retailers such as Saks Fifth Avenue, Williams-Sonoma and Sears.

“Retailers pump Christmas songs through their stores to invoke emotions of nostalgia and generosity, all leading to a greater basket size,” she said Corella.

2. They use warming scents.

Retailers also use holiday-specific scents to try to increase your will to spend money, said Corella.

“Retailers often scent their stores during the holidays with seasonal fragrances such as gingerbread and pine,” she said. “Similar to Christmas music, this tactic invokes a sense of warmness and generosity, all leading to larger purchases.”

This tactic is used by small and large businesses, and can be especially effective when the scent complements music being played, said Bruce Sanders, a retail consultant, consumer psychologist and author of “Sell Well: What Really Moves Your Shoppers.”

“Small retail stores use candles, and large retailers use fragrance diffuser machines,” he said. “If Christmas music and Christmas scent in the store match up, people say they like the store and merchandise better and are more likely to shop at the store.”

Sensory experiences can play a large role in your perception of a store and brand. The more pleasant the shopping experience, the more likely you’ll walk out the door with less money in your hand.

3. They make you nostalgic.

Retailers frequently sell items that appeal to people’s feelings of nostalgia, such as a ’50s-style dining set, an old-school video game system or a retro turntable.

Gifts that trigger a memory or inspire a young person to try something from the past can offer richness that general gifts like candles cannot, according to Fortune Magazine.

Creating these feelings of nostalgia seem to have a significant impact on the spending behaviors of shoppers. Nostalgia led shoppers to pay more money for products and value their money less, according to a study from the Journal of Consumer Research.

You might be accustomed to two-for-one deals, but you can expect even more of them — and larger bulk offers — during the holidays.

Grocery stores, in particular, use this tactic frequently, such as by offering 10 items for $10, making you think you have to buy 10 to get the $1-per-item deal. But, usually, you can get the deal price regardless of how many items you buy.

Research has shown that adding the sentence “maximum eight cans per customer” to the price tag of soup cans caused sales to increase by giving the illusion of a great discount even if none was offered, according to Time.

While shoppers are accustomed to the majority of retail items going for prices such as $39.99 instead of $40, not many shoppers stop to think about why merchandise is priced this way. Not using round numbers is another trick intended to make you spend more, said William Poundstone, author of “Priceless: The Myth of Fair Value.”

In his book, Poundstone looked at eight different studies on the use of what is called “charm prices” and found that using this pricing method increased sales on average by 24 percent when compared to the use of rounded, even pricing.

While this pricing structure probably won’t change anytime soon, customers should just remind themselves that while $39.99 looks cheaper than $40, it’s only a 1 cent difference.

Stores often put items with the best price margins at eye level so that you see the products easily. Items that are better buys for the customer — and therefore not as profitable for the retailer — are more likely to be found at the bottom or top of aisles.

“This is a classic retail tactic,” Corella said. “Eye level is such valuable real estate that retailers charge manufacturers to have placement there. This cost is then passed on to the consumer. And kids are not exempt from this tactic either, as products targeted towards children are placed at their eye level.”

7. They mark up prices before the holidays.

Kyle James, founder of Rather-Be-Shopping.com, a site that helps consumers save money, said the holiday season is notorious for what is called “high-low pricing,” which often tricks consumers into thinking they are getting a much better deal than they really are.

“[High-low pricing] is when retailers have relatively high everyday prices, then release ‘holiday’ coupons to make you think you’re getting an amazing discount via the coupon,” said James. “In reality, retailers that use high-low pricing know they’ll sell minimal items at full retail, and if they do, it’s a bonus.”

James said you’ll likely see this tactic used by many popular retailers during the holidays, such as from Ann Taylor, JCPenney, Kohl’s and Old Navy.

8. They sell you gift sets.

Head into a place like Bath & Body Works or Williams-Sonoma, and you’ll find plenty of gift sets, whether it’s a set of lotion, body wash and perfume, or a barbecue essentials kit. These gift sets even come in nice packaging, which means you have a beautiful-looking gift ready to go.

Gift sets seem like a great deal because the value of all items priced together is typically lower than if you were to buy them separately. The stated value of the set, however, is the full retail of all items in it, so it can sometimes be cheaper to buy the items separately if they are on sale, said Corella. Buying gift sets also can lead to overspending, she said.

“This is also an upsell tactic where you come in to buy a single item but end up with a gift set because it seems like you get so much more for just a few more dollars,” said Corella.

The holiday season is a popular time for some retailers to mix luxury items with other products so pricing on regular items look much more reasonable by comparison, Sanders said.

“When Neiman Marcus publicizes their annual Christmas Book, they highlight the Fantasy Gifts, which for 2015 include a $125,000 bourbon tasting tour and a $90,000 balloon ascent to the edge of space,” said Sanders. “Leading off by thinking about these, the Christmas Book browser starts to consider that $895 price for a designer triacetate-and-polyester gown as a little more down to earth. The price of the first item considered becomes an anchor for what the shopper expects to pay.”

Clearance racks or shelves are often located all the way in the back of the store or are hidden as much as possible because retailers want you to have to walk through the entire store to get to them, according to Business Insider. By walking through the store, you’re more likely to see higher-priced items first, which you might end up buying.

Once you do find the clearance section, it’s purposefully in a state of disarray. True bargain shoppers don’t mind sifting through the mess to find the great deals, but the average shopper is more likely to be turned off by the obstacle and instead buy non-clearance items, letting the retailer win.

While shopping this holiday season, be aware of these tricks that retailers use to try to outsmart you. Your wallet and bank account will thank you.

In each case the city attorney said the retailers never actually sold the items online for more than their "sale" prices.

JCPenney and Kohl's were previously sued in class actions over deceptive pricing and settled respectively for $50 million and $6.5 million.