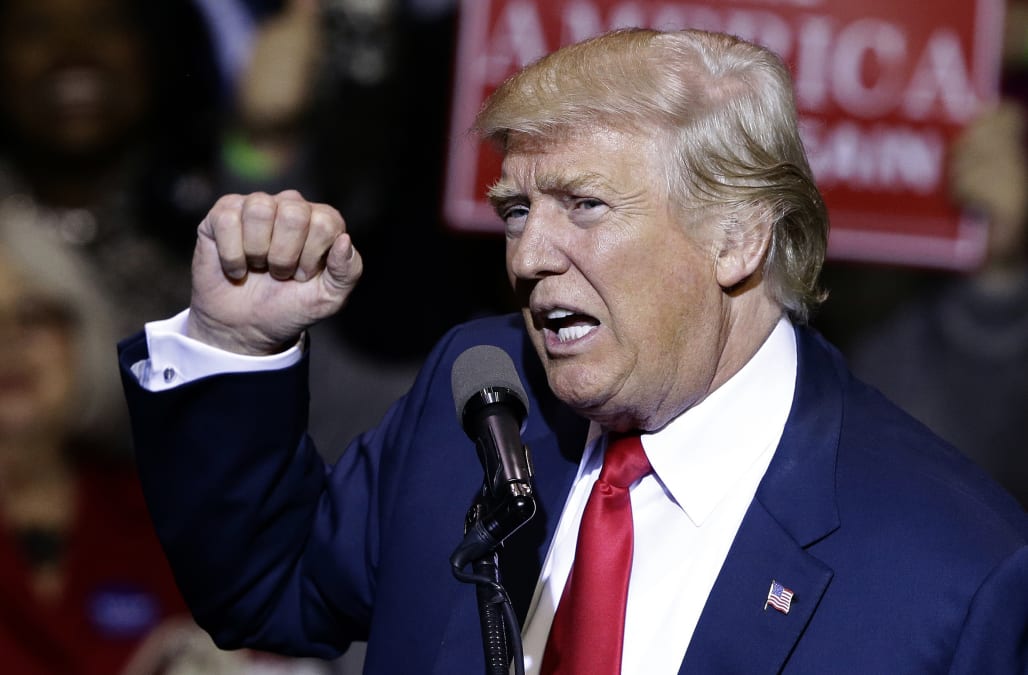 Workers and unions are speaking out against Donald Trump, after the president-elect called out an Indiana union leader by name on Twitter.

"If United Steelworkers 1999 was any good, they would have kept those jobs in Indiana. Spend more time working-less time talking. Reduce dues," Trump wrote soon after, in a second tweet.

Prior to Trump's tweets, Jones had criticized the president-elect for misrepresenting the Carrier deal — something that served as a huge symbolic win in Trump's mission to keep manufacturing jobs in the US.

Last week, Trump celebrated keeping 1,100 jobs in Indiana. While technically the figure is correct, of the 1,100 jobs staying in the US, 300 are research and headquarter positions that were never going to move to Mexico. A total of 550 people from the Indianapolis factory and 700 from the nearby Huntington, Indiana plant are still losing their jobs, as Carrier outsources labor to Mexico.

Trump's tweets were swiftly condemned by workers, unions, and supporters.

"A lot of people just think it's crazy we have the president going on Twitter, going after private citizens," T.J. Bray, a Carrier worker who serves as a media representative for USW Local 1999, told Business Insider. "I really don't have any word for it. Hopefully he can be more presidential."

Supporters of Jones and the union took to social media to voice their support.

"Chuck Jones is a man of integrity who ALWAYS puts the interest of workers first," Indiana AFL-CIO, a coalition of local Indiana unions, wrote on Twitter. "To say otherwise is not only false, it's infuriating."

Workers slam Trump for 'brutal tweet' about union leader
Chuck Jones was trying to save workers jobs while @realDonaldTrump was buying Chinese steel for his bldgs https://t.co/w9vtbikULP
This retired steelworker is proud to stand with @steelworkers and Chuck Jones @uswcarrier1999 #unionmember #solidarity forever.
Proud to stand in Solidarity with Chuck Jones and @steelworkers Local 1999 #ImWithChuck
Chuck is a hero not a scapegoat: you, others know about Carrier because of his, members' tireless work since day 1… https://t.co/JJi3yhf033
Dues have helped us file 45+ cases against bad trade; saving jobs in tire, paper, steel, etc. We walk the walk.… https://t.co/GJPYhqZr3Q
We need more local union leaders like #chuckjones and more unions like #usw
This retired union nurse is proud to stand with Chuck Jones who stands up for his fellow union members @steelworkers #ImWithChuck
Up Next

Following Trump's tweets, Jones said Wednesday night he has been receiving threatening phone calls. Bray told Business Insider that, as he has been similarly publicly critical of the deal, he has received "hateful," though not threatening, Facebook messages and phone calls.

However, according to Bray, USW Local 1999 is not going to back down following Trump's tweets, continuing to fight to keep all Carrier jobs at both the Indianapolis and Huntington, Illinois plants.

"If I could say to Mr. Trump, 'Come out to the hall, we can have a debate,'" said Bray. "We're not billionaires, but we're hard-working people and we look out for each other."

SEE ALSO: What Trump actually needs to do to help manufacturing, according to Carrier workers