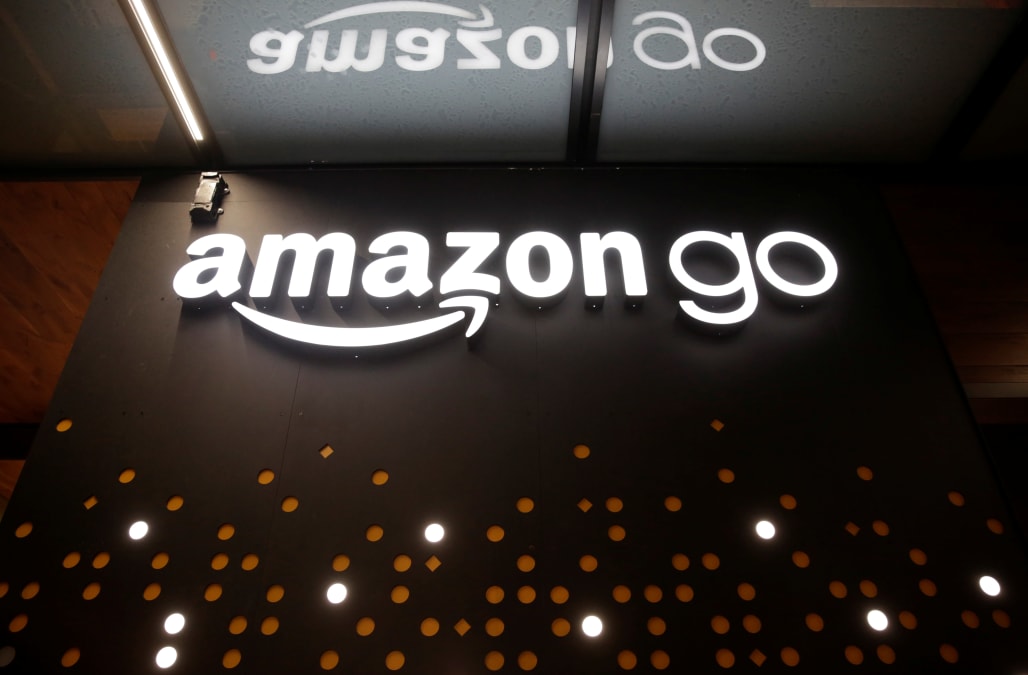 Amazon announced its next big push into brick-and-mortar retail on Monday.

At Amazon Go, opening in Seattle next year, shoppers will be able to walk in, pick up their groceries, and walk right out the door. Through an app, the products will be automatically added to a digital cart and billed to their Amazon accounts when they leave.

But Costco says it beat Amazon to this concept two decades ago.

"In terms of scan-and-go, honestly we've had a version of scan-and-go literally 20 years ago," said Richard Galanti, the chief financial officer, during the third-quarter earnings call on Wednesday.

"A member would walk in, get an RF gun, radio frequency device, walk around, scan their own items, come up to the front, hand that thing to the cashier, and the scanner, and they print out a receipt."

It's not the same thing, and far less efficient than what Amazon is introducing, by Galanti's own disclosure.

But at the very least, it previewed what was to come. And just three days following the announcement of Amazon Go, analysts wanted to know how Costco would respond.

After earning the lion's share of e-commerce sales from brick-and-mortar stores, Amazon is now coming for retailers' core business, with reported plans to build up to 2,000 stores in the next decade. And if Amazon's domination of e-commerce is anything to go by, the company's entry into the brick-and-mortar business should chill retailers. Costco says it's watching what's happening, but is not rushing to copy just yet.

"We want to make sure we understand what all of these people are doing," Galanti said.

"We do — and not just from a competitive price shop, and whether it's them or someone else — recognize convenience is a value. But there's also some things that we can and can't do. So I think that we're looking at these things offensively, not defensively at this point."

The rivalry between the two companies has heated up as the number of people signing up for Amazon Prime has exploded. According to Cowen, the share of households with Prime membership surpassed Costco and Walmart's Sam's Club sign-ups in early 2015.

Sometimes, it's still more convenient and time-saving to drive to a Costco and load up. For grocery shopping, most people still prefer to go to a store than shop online, according to a Cowen survey cited by Bloomberg. And with a large cart in hand, shoppers fill it with things they had not planned to buy.

The bill would likely be cheaper compared to Amazon, as Business Insider's comparison of a variety of products in October found. Costco membership costs $55 annually, cheaper than $99 for Amazon Prime, although Amazon offers movie streaming, cloud storage, and other benefits with free two-day shipping on almost anything.

RELATED: Best sellers on Amazon of 2016

Best sellers on Amazon of 2016

BUY IT
2. Traveller by Chris Stapleton
BUY IT
3. 25 by Adele
BUY IT
1. Harry Potter and the Cursed Child by J.K. Rowling
BUY IT

5. The Life-Changing Magic of Tidying Up by Marie Kondo

SEE ALSO: This is Amazon's grocery store of the future: no cashiers, no registers, and no lines