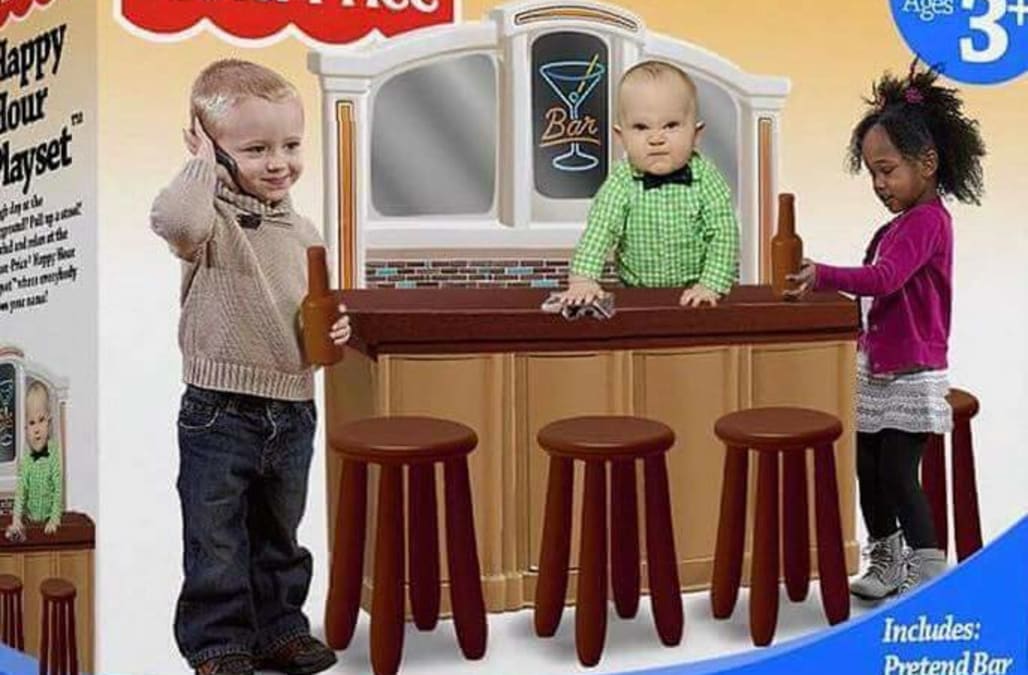 From dolls being called out for setting unrealistic body standards to playsets with defective parts that can cause injuries to children, it's not uncommon to hear of controversy surrounding the latest toy to hit the market.

Kids learn based on what they're surrounded by, and the right toy can give them the imaginative outlet they need to fully develop into themselves.

SEE ALSO: Do some toys threaten your child's privacy?

But there's a line between controversial and just plain wrong -- And a Fisher-Price "Happy Hour Playset", set up to be a fake bar for toddlers, is definitely crossing it. 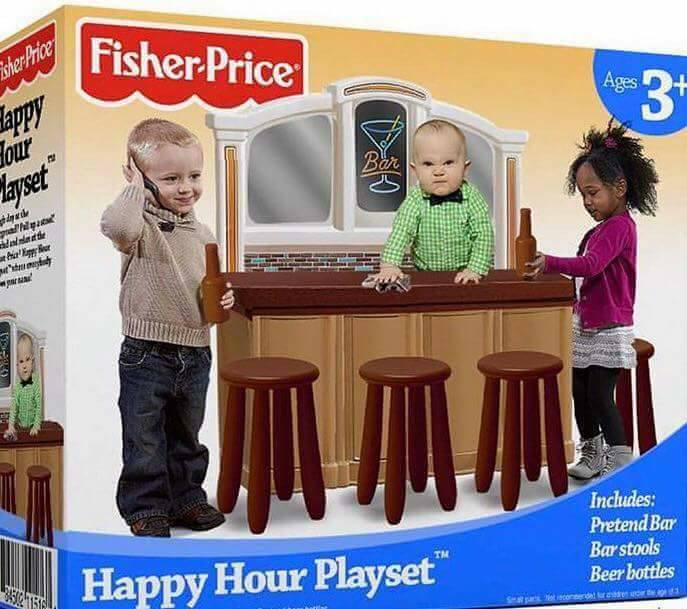 The photo hit the internet on December 6, and not so surprisingly, it caused quite the outrage.

Many consumers began angrily posting photos of the toy to Fisher-Price's Facebook page.

Here are some of the posts the toy company received when the photo of the toy went viral:

But before you get up in arms, fear not – The photo of the toy was found to be completely fake.

Thanks to investigative website Snopes, it was found that:

Neither a a standard word-based nor reverse image search revealed the origins of the "Fisher Price Happy Hour" playset. However, the controversial image did not depict a genuine Fisher Price product.

The fake packaging claimed to include bar stools, fake beer bottles and a bar top.

Fisher-Price, in an attempt to do some much-needed damage control, responded to posts and shares, stating, for example:

"This product is not endorsed, produced or approved by Fisher-Price."

More on AOL.com:
The 50 hottest toys of the past 50 years
Shocking amount parents spend on toys revealed
21 perfect holiday gifts online for under $100