Why IKEA has Richard Branson beat on paid leave 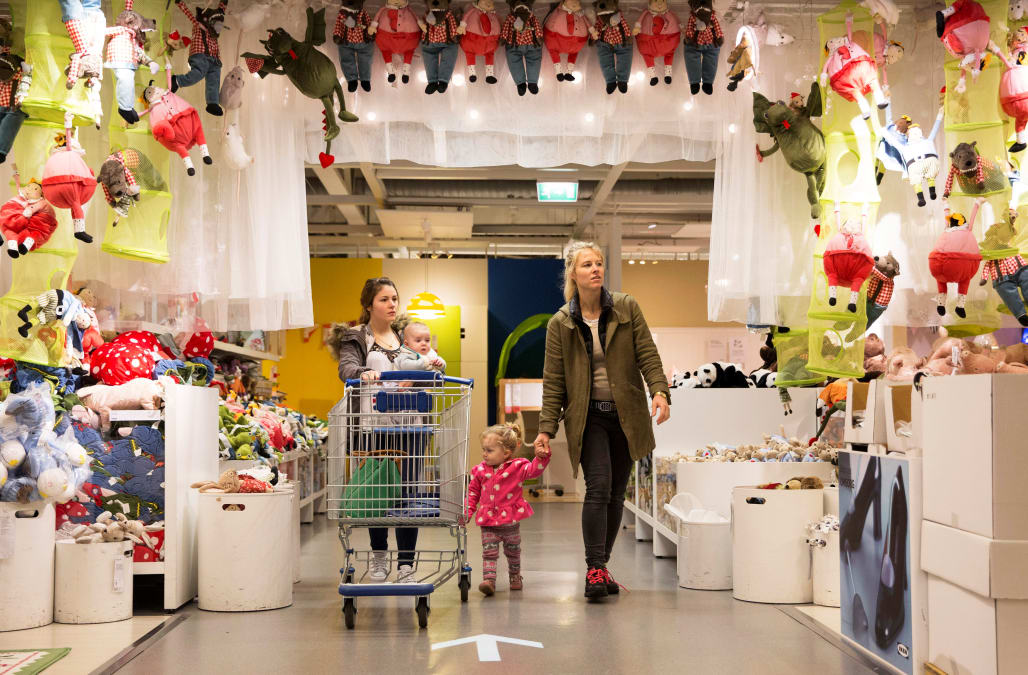 Why was Richard Branson's 2015 announcement of a year of paid leave for new fathers at Virgin Atlantic met with criticism? Because it only applied to 0.2 percent of his employees: management who have been at the company for four years. Hourly workers were left out.

More From Inc.com: The Top 15 Companies of the Year

Not making the same mistake is Ikea. The Swedish furniture giant said Monday that its new parental policy, effective January 1, will extend to the company's 13,000 U.S. employees--both salaried and hourly. Now those who have been with the company for a year will gain access to up to four months of paid leave. The policy applies to both mothers and fathers after a birth, adoption, or foster child placement. (Previously, the company offered new parents on salary five days of paid leave andallbirth mothers received six to eight weeks of short-term disability.)

"We know a workforce that has an opportunity to spend time with family and friends and particularly to welcome a new child will be happier and therefore do a better job," Lars Petersson, who heads up Ikea's operations in the U.S., told the Wall Street Journal.

The move comes as a federal mandate on paid parental leavelooks increasingly likely. During his campaign, President-Elect Donald Trump called for paid maternity leave for married women who give birth. So if you haven't given this much thought, now's the time to consider your options.

For Ikea, the parental leave change is just its latest policy initiative to entice U.S. workers. Efforts to pay employees a living wage depending on geography that began in 2015, have resulted in a $15.45 an hour average wage forall U.S.non-salary workers. It also offers up to a year of unpaid sabbatical leave for all employees, even part-time workers.

To be sure, these new policies are part of a "multi-million dollar" effort from one of the world's biggest companies. Yet Petersson is convinced they'll have a "big payback," he says.

Payment structure during time off caries among the 26 percent of U.S. employers that offer paid maternity leave beyond the basic amount covered by short-term disability. At Ikea, employees who have worked at the company for a year receive full pay for the first six weeks, and half pay for next six weeks. Those who have been with the company for three years increase to eight weeks of full pay and eight weeks of half pay. Less than year with Ikea entitles new moms to disability pay.

If you think this is generous, it's not even close to what government subsidized benefits in Sweden allow Ikea to provide to employees there--68 weeks of fully paid leave to mothers and fathers of new babies.

RELATED: 11 companies dedicated to giving back

"City of Hope is one of only 45 comprehensive cancer centers in the nation, as designated by the National Cancer Institute."

"John Deere supports projects in the areas of farmer training, value-chain enhancement, and water access and use."

"Teach for America’s mission is to enlist, develop, and mobilize as many as possible of the nation’s most promising future leaders to grow and strengthen the movement for educational equity and excellence."

"The Gilead Foundation, a non-profit organization established in 2005, seeks to improve the health and well-being of underserved communities around the world."

"The Shell Foundation works to tackle the social, environmental and market barriers that stop nearly three billion people around the world from accessing opportunities to earn income, improve their quality of life and escape the poverty trap."

"Kiva combines the culture and approach of an internet start-up with an intense focus on alleviating poverty and serving the borrower-to-lender connection."

"GitHub launched its Social Impact team in 2015 to formalize how it supports social good initiatives."

"Salesforce.org is based on a simple idea: leverage Salesforce’s technology, people, and resources to help improve communities around the world."

More on Inc.com:
Facebook Workplace Launches New Features in Race to Catch Up With Slack, Microsoft
KIND Snacks Is Giving Away $1.1 Million to Spread Kindness
Here Are Bill Gates's 5 Favorite Books of 2016