Twitter CEO Jack Dorsey: This is who is responsible for Trump's election 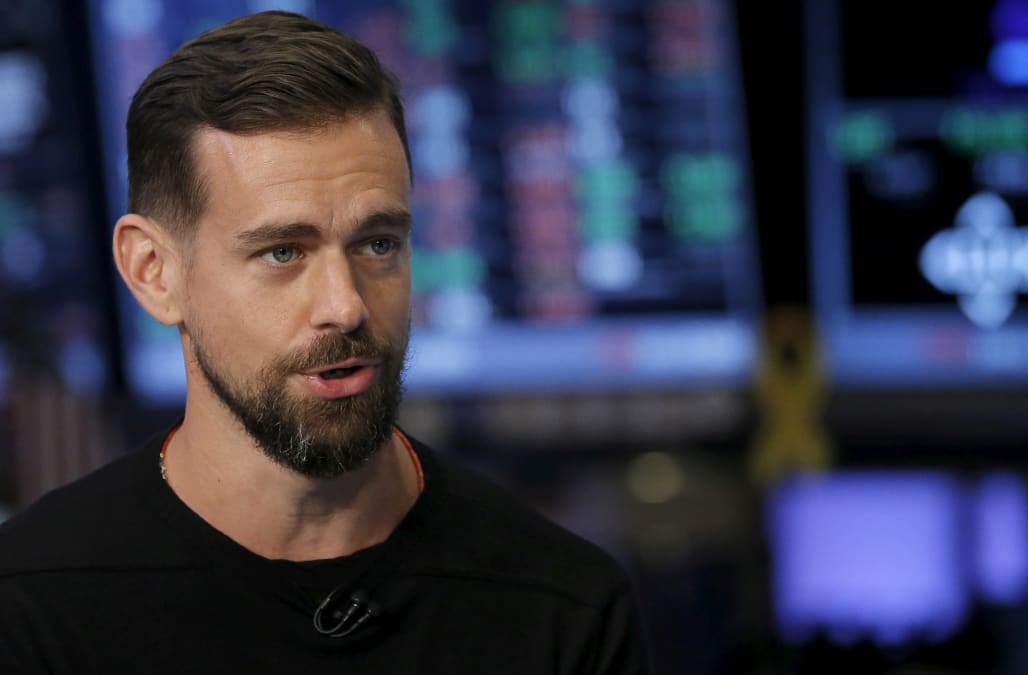 It's no secret that the presidential election and the following Cabinet appointments and events following president-elect Trump's win in November have created quite the frenzy on social media.

It seems that you can't scroll through your Facebook newsfeed or read more than two tweets without at least one (usually emotion-fueled) reference to Trump, Clinton or politics in general.

This, of course, includes the president-elect himself who has (for lack of better phrasing) stirred up a storm via Twitter before, during and after the election.

Donald Trump's most offensive tweets about Mexico
Throughout his 2016 campaign, Trump offered up some pretty offensive statements about the nation of Mexico and its people...
We have got to get our Marine out of that disgusting Mexican jail. Would be so easy if we had a real leader. One tough phone call & he's out
The Oscars were a great night for Mexico & why not—they are ripping off the US more than almost any other nation.
I have a lawsuit in Mexico’s corrupt court system that I won but so far can’t collect. Don’t do business with Mexico!
The Mexican legal system is corrupt, as is much of Mexico. Pay me the money that is owed me now - and stop sending criminals over our border
I hope the Mexican judge is more honest than the Mexican businessmen who used the court system to avoid paying me the money they owe me.
Mexico's court system corrupt.I want nothing to do with Mexico other than to build an impenetrable WALL and stop them from ripping off U.S.
I love the Mexican people, but Mexico is not our friend. They're killing us at the border and they're killing us on jobs and trade. FIGHT!
Can you envision Jeb Bush or Hillary Clinton negotiating with 'El Chapo', the Mexican drug lord who escaped from prison? ....
El Chapo and the Mexican drug cartels use the border unimpeded like it was a vacuum cleaner, sucking drugs and death right into the U.S.
We must build a great wall between Mexico and the United States! https://t.co/05SjuRJFbf
Up Next

Trump's success and following are often attributed to his massive Twitter presence and the debates, controversy and madness his tweets have sparked.

So, when you're CEO of the platform that gives Trump the stage he's learned to master, do you feel at all responsible?

Donald Trump's tweets about pop stars
I like Russell Brand, but Katy Perry made a big mistake when she married him. Let's see if I'm right---I hope not.
.@katyperry Katy, what the hell were you thinking when you married loser Russell Brand. There is a guy who has got nothing going, a waste!
.@katyperry is no bargain but I don't like John Mayer--he dates and tells--be careful Katy (just watch!).
@taylorswift13 Thanks for the beautiful picture--- you are fantastic!
Glad to hear that @taylorswift13 will be co-hosting the Grammy nominations special on 12.5. Taylor is terrific!
I am a defender of @MileyCyrus, who I think is a good person (and not because she stays at my hotels), but last night's outfit must go!
I really like Jay Z but there is trouble in paradise. When his wife's sister starts whacking him, not good! No help from B leads to a mess.
Does Madonna know something we all don't about Barack? At a concert she said "we have a black Muslim in the White House."
Many people walked out on Madonna's concert when she told them to vote for Obama. Years ago I walked out because the concert was terrible!
.@cher should spend more time focusing on her family and dying career!
Little @MacMiller, I’m now going to teach you a big boy lesson about lawsuits and finance. You ungrateful dog!
It was just announced that @MacMiller’s song “DonaldTrump” went platinum—tell Mac Miller to kiss my ass!
They should have allowed applause during the TRIBUTE to the departed - Really bad production. Bette Midler sucked! #Oscars
I met Prince on numerous occasions. He was an amazing talent and wonderful guy. He will be greatly missed!
If @rihanna is dating @chrisbrown again then she has a death wish. A beater is always a beater--just watch!
Via @BET: “Donald Trump Blasts Beyoncé for Suggestive Super Bowl Show” http://t.co/MlYD7hc4
"@michaeljackson: #FriendlyFriday Michael Jackson with Donald Trump. http://t.co/K4exeDeX1Z" Michael was very misunderstood - a great talent
.@JTimberlake It was great having you play The Blue Monster. Thanks for your nice statements-many agree that it is best they've seen!
Clive Davis gave a great eulogy at my friend Whitney Houston's funeral--absolutely amazing!
Whitney Houston was a great friend and an amazing talent. We will all miss her and send our prayers to her family.
Why would Ohio listen to Bruce Springsteen reading his lines? Be careful or I will go to Ohio and @MittRomney will win it!
11,000 inside venue tonight in Tampa! Broke record set by Elton John in 1988 w/out musical instruments! Another 5,000 outside. Will be back!
Axl Rose should take his #rockhall2012 honors and be happy. Stop the no induction nonsense. Do it for your fans @axlrose.
"Success is having to worry about every damn thing in the world, except money." --Johnny Cash
"@billboard: .@RodStewart on his (naked) "young and carefree" days and pal Donald Trump https://t.co/47RflaEHXG" Rod, album is great!
Congratulations to the Rolling Stones on marking their 50th anniversary in London.
.@Neilyoung’s song, “Rockin’ In The Free World” was just one of 10 songs used as background music. Didn’t love it anyway.
For the nonbeliever, here is a photo of @Neilyoung in my office and his $$ request—total hypocrite. http://t.co/Xm4BJvetIa
Thank you @BillyJoel- many friends just told me you gave a very kind shoutout at MSG. Appreciate it- love your music!
Up Next

"America is responsible for Donald Trump being president."

He did, however, elaborate on his opinions regarding Trump's twitter usage:

"He's known how to use it for quite some time. I think it's an important time for the company and service. And having the president-elect on our service, using it as a direct line of communication, allows everyone to see what's on his mind in the moment. I think that's interesting. I think it's fascinating. I haven't seen that before."