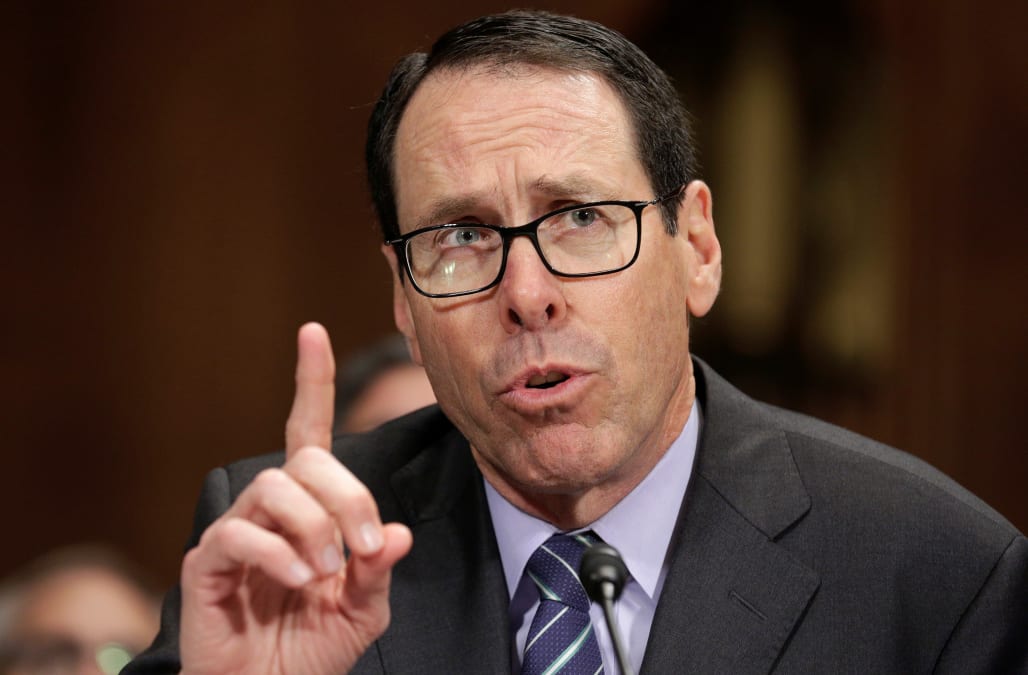 Donald Trump's election is good news for business, AT&T CEO Randall Stephenson said at the Business Insider media conference on Tuesday. The telecom mogul predicted that the incoming Republican administration will cut back on unnecessary regulations.

In particular, he said that he hoped that a Trump administration would lead to a Federal Communications Commission that would be less interested in creating more restrictions and rules related to how companies use customer data. Stephenson said that government has a role to play in making sure that people's privacy is protected and in maintaining an internet environment where content is delivered on a level playing field. But he suggested that there are too many restrictions being crafted by too many agencies, who oversee business in an unpredictable fashion.

RELATED: Take a look at a few other powerful business leaders who support Trump:

Carly Fiorina, former CEO of Hewlett-Packard
Up Next

He predicted there would be a "more rational regulatory environment," and added "this is going to have an impact on how fast innovation happens."

Last summer, Trump came out swinging against AT&T's proposed $85.4 billion acquisition of Time Warner, but Stephenson predicted that the deal would be approved despite the president-elect's opposition.

"Any time the president-elect of the United States says he's not in favor of something that you're trying to do, you have to pay attention," he noted, but he suggested that the law was on the companies' side.

"This is under any definition, a vertical merger," said Stephenson. "We compete nowhere."

Because AT&T is in distribution and Time Warner is in content creation, Stephenson argued there is no threat of a monopoly and that historically such deals have been approved.

Earlier in the day, Time Warner CEO Jeff Bewkes also downplayed any fissure with Trump. He suggested that despite the president elect's threats to change libel laws, Democrats posed a greater threat to the First Amendment because of their support for campaign finance laws. Those would have impeded free speech, Bewkes argues.

Stephenson argued that AT&T has come to the conclusion that its mobile customers want access to longer-form content, not just YouTube videos. Owning Time Warner, which has Turner, HBO, and Warner Bros. under its umbrella, will help the company provide people with better entertainment options.

"We are adamant believers that premium long-form content is going to have legs," said Stephenson, adding, "We're evangelical about this."