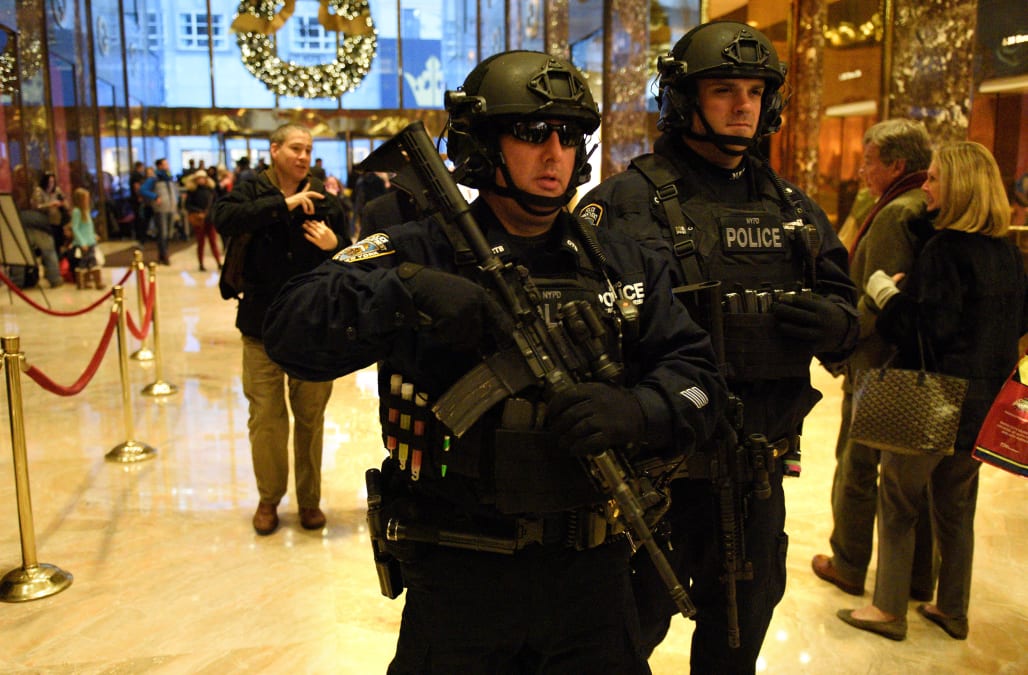 Trump has spent the majority of his time since Election Day in his apartment at Trump Tower in midtown Manhattan, forcing police to work with the U.S. Secret Service to provide intensified security measures in one of the city's busiest neighborhoods.

The situation is "truly unusual," de Blasio said at a Monday news conference.

Trump has used the skyscraper for years as his primary residence and the headquarters of his global business empire. His presence there since the Nov. 8 election has caused traffic jams and frustrated both commuters and tourists alike.

De Blasio said he would send President Barack Obama a letter on Monday asking for federal funds to pay for security costs through Jan. 20, when Trump is to take the oath of office in Washington, D.C., and become the 45th U.S. president.

The mayor also said he will meet with members of the Obama administration and U.S. lawmakers this week to press his case.

After the inauguration, de Blasio said he would work with the Trump administration to ensure the city is properly reimbursed for security related to Trump Tower. He has already spoken with Trump's nominee for U.S. treasury secretary, Steve Mnuchin, about the matter. (Reporting by Joseph Ax and Laila Kearney in New York; Editing by Jeffrey Benkoe)