Want to raise your IQ by 23 percent? Neuroscience says take up this simple habit 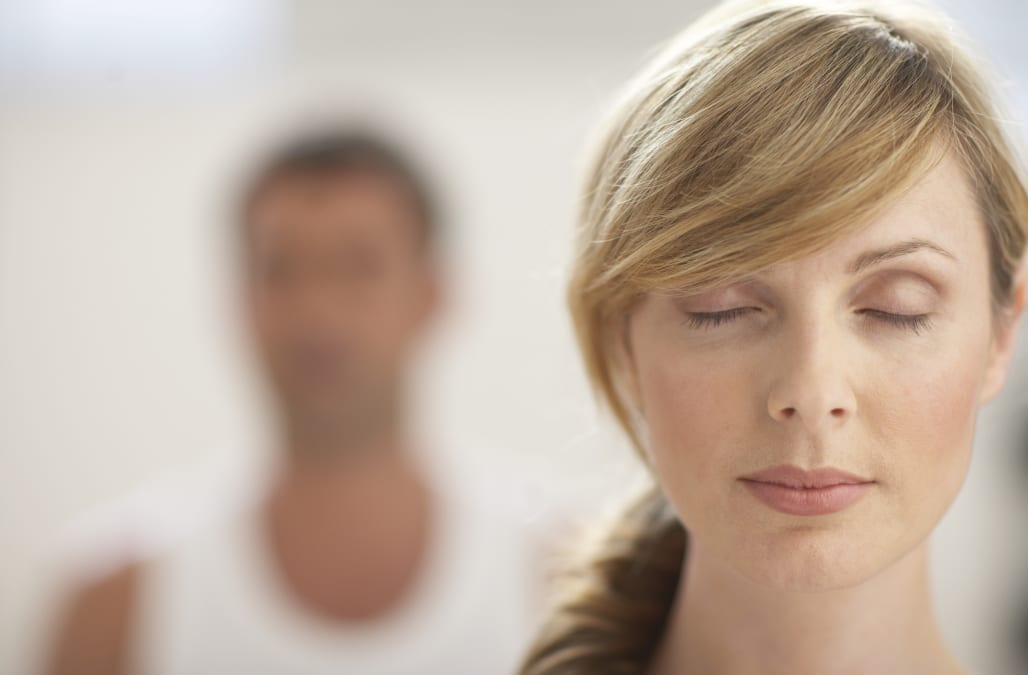 In less than the time it takes you to have lunch, you could be expanding your brain -- literally.

Crystallized intelligence is your ability to utilize information, skills, and experience already learned -- basically, it's cerebral knowledge. This tends to build as you age, and is emphasized in most Western cultures (especially since it's easily tested on standardized exams).

Fluid intelligence, by contrast, is your ability to identify patterns, solve novel problems, and use logic in new situations. It's not about how much you know; it's about your ability to be creative, aware, innovative, and visionary.

It's relatively easy to improve your crystallized knowledge: read, listen to podcasts, collect more facts, learn. But fluid intelligence isn't like that. It's not about facts and figures; it's about your capacity to take something you've never seen before and work with it -- to be ingenious.

More From Inc.com: The Top 15 Companies of the Year

Now, studies show that there is something you can do to dramatically improve your fluid intelligence as well as your overall IQ: meditate.

That's correct: Meditation is not just good for your physiological health, reducing stress, improving mood, and setting you up for emotional equilibrium rather than reactivity.

It can also make you significantly smarter.

Siegfried Othmer, former president of the neurofeedback division of the Association for Applied Psychophysiology and Biofeedback, conducted neurofeedback research on participants using brainwave training (a specific form of meditation). Those who meditated showed an average gain in IQ of 23 percent.

Several Quora users noted that intelligent people are flexible and able to thrive in different settings. As Donna F Hammett writes, intelligent people adapt by "showing what can be done regardless of the complications or restrictions placed upon them."

Recent psychological research supports this idea. Intelligence depends on being able to change your own behaviors in order to cope more effectively with your environment, or make changes to the environment you're in.

2. They understand how much they don't know

The smartest folks are able to admit when they aren't familiar with a particular concept. As Jim Winer writes, intelligent people "are not afraid to say: 'I don't know.' If they don't know it, they can learn it."

Winer's observation is backed up by a classic study by Justin Kruger and David Dunning, which found that the less intelligent you are, the more you overestimate your cognitive abilities.

3. They have insatiable curiosity

Albert Einstein reportedly said, "I have no special talents, I am only passionately curious."

Or, as Keyzurbur Alas puts it, "intelligent people let themselves become fascinated by things others take for granted."

Research published in 2016 suggests that there's a link between childhood intelligence and openness to experience — which encompasses intellectual curiosity — in adulthood.

Scientists followed thousands of people born in the UK for 50 years and learned that 11-year-olds who'd scored higher on an IQ test turned out to be more open to experience at 50.

Smart people don't close themselves off to new ideas or opportunities. Hammett writes that intelligent people are "willing to accept and consider other views with value and broad-mindedness," and that they are "open to alternative solutions."

Psychologists say that open-minded people — those who seek out alternate viewpoints and weigh the evidence fairly — tend to score higher on the SAT and on intelligence tests.

At the same time, smart people are careful about which ideas and perspectives they adopt.

"An intelligent mind has a strong aversion to accepting things on face value and therefore withholds belief until presented with ample evidence," says Alas.

Dipankar Trehan points out that highly intelligent people tend to be "very individualistic."

Interestingly, recent research suggests that smarter people tend to derive less satisfaction than most people do from socializing with friends.

6. They have high self-control

Scientists have found a link between self-control and intelligence. In one 2009 study, participants had to choose between two financial rewards: a smaller payout immediately or a larger payout at a later date.

Results showed that participants who chose the larger payout at a later date — i.e., those who had more self-control — generally scored higher on intelligence tests.

The researchers behind that study say that one area of the brain — the anterior prefrontal cortex — might play a role in helping people solve tough problems and demonstrate self-control while working toward goals.

Advita Bihani points out that highly intelligent people tend to have a great sense of humor.

8. They're sensitive to other people's experiences

Smart people can "almost feel what someone is thinking/feeling," says one Quora user.

Some psychologists argue that empathy, being attuned to the needs and feelings of others and acting in a way that is sensitive to those needs, is a core component of emotional intelligence. Emotionally-intelligent individuals are typically very interested in talking to new people and learning more about them.

9. They can connect seemingly unrelated concepts

Several Quora users suggested that smart people are able to see patterns where others can't. That's because they can draw parallels between seemingly disparate ideas.

As April Astoria notes: "You think there's no relation between sashimi and watermelon? You'd be wrong. Both are typically eaten raw and cold."

Interestingly, journalist Charles Duhigg argues that making these kinds of connections is a hallmark of creativity (which, depending on who you ask, can be closely linked to intelligence). Duhigg studied the process through which Disney developed their hit movie "Frozen" and concluded that the movie only seems clever and original because it "takes old ideas and pushes them together in new ways."

10. They procrastinate a lot

Mahesh Garkoti says smart people are likely to procrastinate on quotidian tasks, mainly because they're working on things that are more important.

That's an interesting proposition — but some scientists would say that smart people procrastinate even on work they find meaningful. Wharton psychologist Adam Grant suggests that procrastination is key to innovation, and that Steve Jobs used it strategically.

As Grant told Business Insider's Rachel Gillett, "The time Steve Jobs was putting things off and noodling on possibilities was time well spent in letting more divergent ideas come to the table, as opposed to diving right in with the most conventional, the most obvious, the most familiar."

11. They contemplate the big questions

According to Ram Kumar, intelligent individuals "wonder a lot about [the] universe and meaning of life." What's more, Kumar writes, "they always [ask] what's the point of everything?"

That existential confusion may be one reason why smart people are more likely to be anxious. As David Wilson reported in Slate, intelligent people may be better equipped to consider situations from a range of angles, meaning they're always aware of the possibility that things will go awry. Perhaps their anxiety also stems from the fact that they consider a given experience and wonder: Why bother going through it in the first place?

Not only did the meditators improve their IQ, but the effect was lasting, according to a follow-up study conducted one year later. Participants who meditated showed significant gains in creativity, concentration, and self-awareness.

Another astonishing study in Consciousness and Cognition showed that after just four days of daily 20-minute meditation, participants demonstrated significant improvements in memory, cognition, and lowered stress levels. Perhaps most notably, the group that meditated scored as much as 10 times better on a working memory task -- an important part of fluid intelligence.

Why does meditation improve your IQ? There are a few reasons, but one of the main ones is that deep meditation slows brain activity.

As slower brainwaves take over (also known as being in a delta or theta state), the brain increases its own plasticity, or ability to reorganize itself. By practicing focused attention during meditation, whether on your breath, a mantra, or even music, you give your brain just the right kind of respite. That's all you need to do: You rest your brain, it improves itself. Amazing, no?

It's worth noting that neither of the groups that experienced such extraordinary improvements were yogis, nor were they meditating for hours at a time. In fact, the second group meditated for only 20 minutes a day over four days -- that's 80 minutes total, less time than it takes to watch a movie.

Everyone knows meditating is good for you; the trick is getting started. It's kind of like going to the gym. We all know we should do it, but ...

Reach out and talk to a friend or family member

Warm up a neck rap to relieve stress in your shoulders

If you do decide to give it a try, there are lots of ways to proceed. One popular one is Headspace, an app that bills itself as "a gym membership for your mind." It has guided meditations and offers convenience in that you can track each day you've meditated and see your progress.

Other options include programs that use binaural beats to help induce whole-brain functioning, or a way of connecting the left and right sides of your brain. LifeFlow, for example, offers a 10-track meditation program that combines low-frequency binaural beats with isochronic audio and beat patterns. This induces certain patterns in your brain -- specifically, alpha, theta, and delta wave states, guiding you to a state of deep meditation.

Finally, there are plenty of free options. You can always practice classic mindfulness meditation and sit with your eyes closed, focusing on your breath. Or you can listen to a particularly peaceful track of music and do the same thing. I'm personally partial to the solfeggio frequencies, ancient music the beats and vibrations of which were found in the Gregorian chants of long ago. You can find those for free on YouTube or buy them on iTunes.

The New England Journal of Medicine says you must meditate for a minimum of 12 to 15 minutes at a time to get the health benefits of it. That's not very long. In fact, the more research that is done on meditation, the more apparent it is that it's not about doing it for hours at a time -- it's just about doing it regularly.

So consider making a meditation practice one of your new year's resolutions for 2017. Give your brain a rest. It may just help you become even more of a genius.