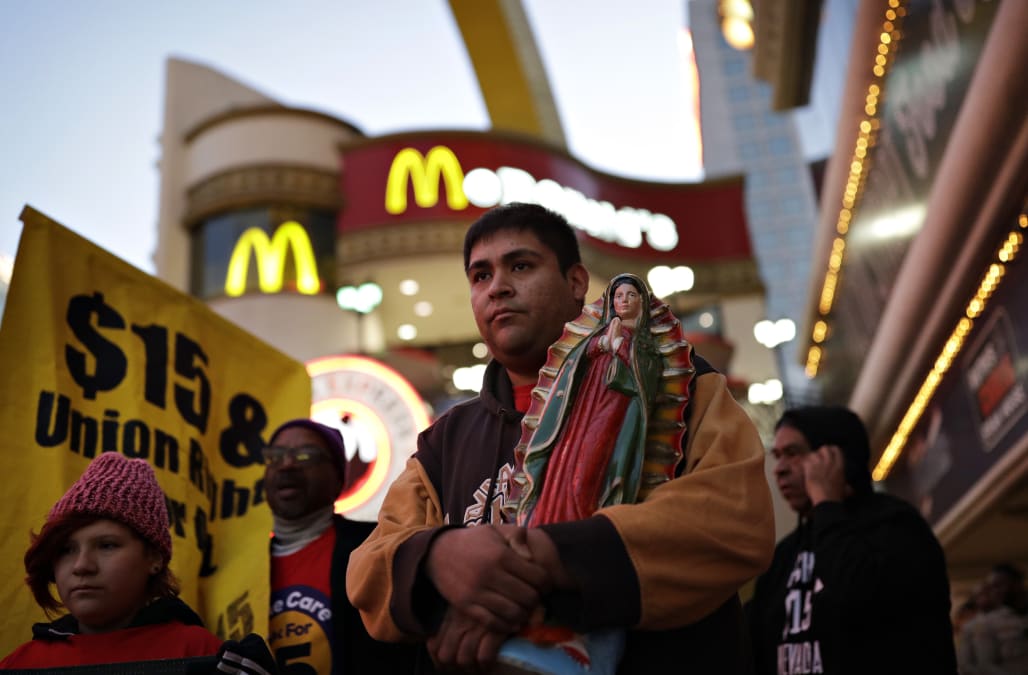 It's impossible to make a living on the federal minimum wage of $7.25 an hour.

Millions of minimum wage workers are forced to rely on federal assistance programs to make ends meet. The minimum wage is worth less today than it was in 1968, when adjusted for inflation, and Congress doesn't appear willing to change that anytime soon.

While the federal minimum wage hasn't budged since 2009, many states haven taken it upon themselves to raise wages. Most recently in November, four states passed ballot measures to increase the minimum wage to at least $12 an hour by 2020. But that still falls short of the $15 an hour wage that low-wage workers have been fighting for for years.

On Tuesday, thousands of workers across the country took to the streets to fight for a $15 minimum wage and the right to unionize.