Billionaire John Paul DeJoria has sold his $6.9 million Texas ranch that comes with its own bomb shelter and 'exotic animals' collection 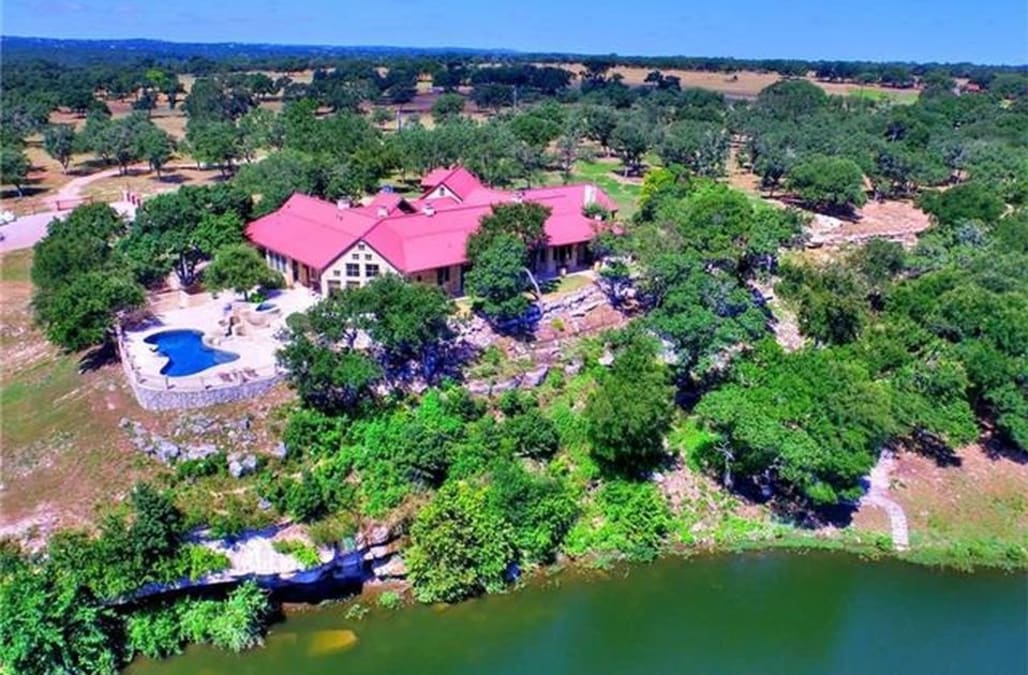 The 96-acre property, which includes a four-bedroom home and ample land where some 120 "exotic animals" roam, was originally listed for $7.995 million in 2015 before reducing its price to $7.495 million a year later.

In addition to his collection of gazelles, oryx, and antelopes, DeJoria added a fully stocked underground bomb shelter to his home.

"I suppose if Armageddon comes I'll be prepared," the home's buyer, TV producer Jonathan Nowzaradan, said to the WSJ.

DeJoria's net worth is estimated to be as much as $3 billion.

Inside a billionaire's $6.9M ranch and exotic animal collection

The main house has about 7,500 square feet of space, and it's situated on an enormous lot in Dripping Springs, an Austin suburb.

A large gate and Texas state flag marks the entrance.

There are light wood beams and stone walls.

A life-size horse statue stands next to a pool table in one corner.

And the kitchen has a large island.

Here's a look at one of the home's four bedrooms.

This pool would be an excellent place to cool off on a hot Texas afternoon.

It looks out on the creek below.

According to the listing, there are two separate barns on the estate

Also included in the sale: roughly 120 gazelle, wildebeest, and antelope.

"It feels like you're on an African safari," Nowzaradan said to the WSJ

SEE ALSO: 20 hilarious listing photos that show what not to do when putting your house on the market