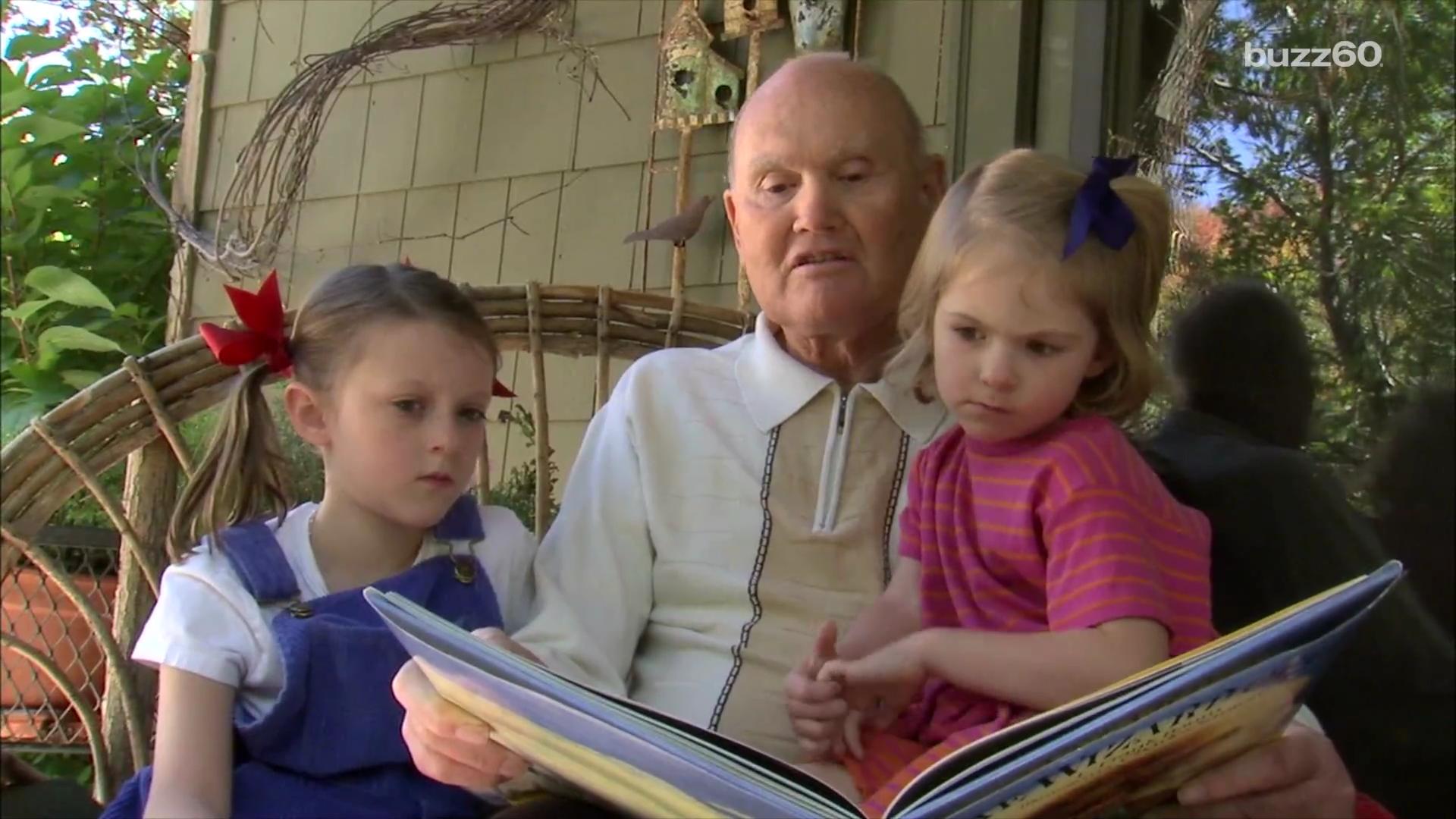 Stupid people tend to overestimate their competence, while smart people tend to sell themselves short. As Shakespeare put it in "As You Like It": "The fool doth think he is wise, but the wise man knows himself to be a fool."

That conventional wisdom is backed up by a Cornell University study conducted by David Dunning and Justin Kruger. The phenomenon is now known as the Dunning-Kruger effect.

So, if you're not too sure about your own intellect, it actually might be a indication that you're pretty intelligent — thoughtful enough to realize your limitations, at least.

Here are some subtle signs that you are considerably smarter than you think.

Drake Baer and Chelsea Harvey contributed to a previous version of this article.

• A 2011 study found that scores on a test of verbal intelligence among 4- to 6-year-olds rose after only a month of music lessons.

• A 2004 study led by Glenn Schellenberg found that 6-year-olds who took nine months of keyboard or voice lessons had an IQ boost compared with kids who took drama lessons or no classes at all.

Meanwhile, a 2013 study, also led by Schellenberg, suggested that high-achieving kids were the ones most likely to take music lessons. In other words, in the real world, musical training may only enhance cognitive differences that already exist.

Oldest siblings are usually smarter, but it's not because of genetics, one study found.

Norwegian epidemiologists used military records to examine the birth order, health status, and IQ scores of nearly 250,000 18- and 19-year-old men born between 1967 and 1976. Results showed that the average firstborn had an IQ of 103, compared to 100 for second children and 99 for third children.

The New York Times reports: "The new findings, from a landmark study published [in June 2007], showed that eldest children had a slight but significant edge in IQ — an average of three points over the closest sibling. And it found that the difference was not because of biological factors but the psychological interplay of parents and children."

For a 2006 study, scientists gave roughly 2,200 adults intelligence tests over a five-year period and results suggested that the bigger the waistline, the lower the cognitive ability.

Another study published that same year found that 11-year-olds who scored lower on verbal and nonverbal tests were more likely to be obese in their 40s. The study authors say that smarter kids might have pursued better educational opportunities, landed higher-status and higher-paying jobs, and therefore ended up in a better position to take care of their health than their less intelligent peers.

Meanwhile, a more recent study found that, among preschoolers, a lower IQ was linked to a higher BMI. Those researchers also say environmental factors are at play, since the relationship between BMI and smarts was mediated by socioeconomic status.

Discover the smartest people in the world below:

Smartest people in the world
UNITED STATES - MAY 24: PRESIDENT'S SALARY--John H. Sununu - president, JHS Associates and former chief of staff to President Bush, testifies before the House Government Reform Committee on whether the president's salary should be adjusted. (Photo by Douglas Graham/Congressional Quarterly/Getty Images)
AUSTIN, TX - JUNE 18: Astrophysicist Neil deGrasse Tyson lectures onstage at the Long Center on June 18, 2015 in Austin, Texas. (Photo by Rick Kern/WireImage)
BEIJING - AUGUST 13: (CHINA OUT) Noam Chomsky looks on during the ceremony for the Conferment of the Honorary Doctorate at Peking University on August 13, 2010 in Beijing, China. (Photo by ChinaFotoPress/Getty Images)
NEW YORK, NY - APRIL 30: Honoree physicist Edward Witten attends 2015 World Science Festival Spring Gala at Frederick P. Rose Hall, Jazz at Lincoln Center on April 30, 2015 in New York City. (Photo by Desiree Navarro/WireImage)
Steven Pinker, author and Harvard professor, speaks during an interview in New York, U.S., on Friday, May 22, 2015. Pinker's latest book, 'The Sense of Style: The Thinking Person's Guide to Writing in the 21st Century,' was released in 2014. Photographer: Victor J. Blue/Bloomberg via Getty Images
Up Next

You have a cat

But guess what? Those same cat people scored higher on the part of the test that measures cognitive ability.

2007 research suggests that babies who are breastfed might grow up to be smarter kids.

In two studies, the researchers looked at more than 3,000 children in Britain and New Zealand. Those children who had been breastfed scored nearly seven points higher on an IQ test — but only if they had a particular version of the FADS2 gene. (That version of the gene was present in roughly equal numbers among kids who were and weren't breastfed.)

Figuring out the exact mechanism of this relationship between FADS2, breastfeeding, and IQ will require further study, the scientists noted in their paper on the finding.

A 2012 study of more than 6,000 Brits born in 1958 found a link between high IQ in childhood and the use of illegal drugs in adulthood.

They conclude that "in contrast to most studies on the association between childhood IQ and later health," their findings suggest "a high childhood IQ may prompt the adoption of behaviors that are potentially harmful to health (i.e., excess alcohol consumption and drug use) in adulthood."

Left-handedness used to be associated with criminality, and researchers are still unclear as to whether and why there are slightly more lefties among criminal populations.

More recent research associates left-handedness with "divergent thinking," a form of creativity that allows you to come up with novel ideas from a prompt — at least among men.

In her review of a 1995 paper, New Yorker reporter Maria Konnikova writes:

The more marked the left-handed preference in a group of males, the better they were at tests of divergent thought.

Left-handers were more adept, for instance, at combining two common objects in novel ways to form a third — for example, using a pole and a tin can to make a birdhouse. They also excelled at grouping lists of words into as many alternate categories as possible.

A 2008 Princeton study of thousands of people found that taller individuals scored higher on IQ tests as kids and earned more money as adults.

The researchers write: "As early as age 3 — before schooling has had a chance to play a role — and throughout childhood, taller children perform significantly better on cognitive tests."

Evolutionary psychologist Satoshi Kanazawa and colleagues found that, among Brits as well as Americans, adults who had scored higher on IQ tests when they were kids or teens drank more alcohol, more often in adulthood than those who had scored lower.

You learned to read early

In 2012, researchers looked at nearly 2,000 pairs of identical twins in the UK and found that the sibling who had learned to read earlier tended to score higher on tests of cognitive ability.

The study authors suggest that reading from an early age increases both verbal and nonverbal (e.g. reasoning) ability, as opposed to the other way around.

SEE ALSO: 11 signs you're a stellar employee — even if it doesn't feel like it

You worry a lot

A growing body of research suggests that anxious individuals may be smarter than others in certain ways, according to Slate's coverage of several different studies on anxiety.

Then they were asked to come up with captions for several New Yorker cartoons, and those captions were reviewed by independent raters.

As predicted, smarter students were rated as funnier.

In University of London business psychology professor Tomas Chamorro-Premuzi's post for Harvard Business Review, he discussed how the curiosity quotient and having a hungry mind makes one more inquisitive.

Regarding the importance of CQ, he wrote that, "It has not been as deeply studied as EQ and IQ, but there's some evidence to suggest it is just as important when it comes to managing complexity in two major ways. First, individuals with higher CQ are generally more tolerant of ambiguity. This nuanced, sophisticated, subtle thinking style defines the very essence of complexity. Second, CQ leads to higher levels of intellectual investment and knowledge acquisition over time, especially in formal domains of education, such as science and art (note: this is of course different from IQ's measurement of raw intellectual horsepower)."

A Goldsmiths University of London study found that intellectual investment, or "how people invest their time and effort in their intellect," plays a major part in cognitive growth.

A study published in "Psychological Science" by the University of Minnesota Carlson School of Management's Dr. Kathleen Vohs revealed that working in an untidy room actually fuels creativity.

So if you are a pack rat, tell everyone you're just fueling your sense of creativity and innovation the next time someone tells you to clean up your act.

You didn't have sex until after high school

High schoolers with higher IQs are more likely to be virgins than those with average or lower IQs, according to a study from the University of North Carolina Chapel Hill. The core sample looked at 12,000 teens from the 7th to the 12th grade.

Not only were the teens with the higher IQs more likely to be virgins, they were also less likely to kiss or hold hands with a romantic partner. A number of explanations have been put forward by the science blog Gene Expression to explain this gap, including suggestions that smart people possess lower sex drives, are risk adverse, or simply less able to find sexual partners.

You're a night owl

One study published in the "The Official Journal of the International Society for the Study of Individual Differences" found that, when all other variables are factored out, night owls tend to beat out early birds in terms of intellect. It concluded that ethnographic evidence indicates that "nocturnal activities" were rarer in the ancestral environment. That means that more intelligent individuals are more likely to stay up late because smarter people are more likely to "espouse evolutionarily novel values."

You don't always have to try hard

This isn't to say that laziness is a sign of being smart. But it is fair to say that smart people simply don't always have to try as hard as "strivers" who fight to build up their skills — at least in certain fields.In an opinions piece for The New York Times, psychologists David Z. Hambrick and Elizabeth J. Meinz cited a Vanderbilt University study of highly intelligent young people.

The study tracked 2,000 people who scored in the top 1% of the SAT by the age of 13. Hambrick and Meinz wrote that, "The remarkable finding of their study is that, compared with the participants who were "only" in the 99.1 percentile for intellectual ability at age 12, those who were in the 99.9 percentile — the profoundly gifted — were between three and five times more likely to go on to earn a doctorate, secure a patent, publish an article in a scientific journal or publish a literary work. A high level of intellectual ability gives you an enormous real-world advantage."

They concluded that while striving to be smarter is commendable, there are certain innate abilities that can't always be learned.

More from Business Insider:
10 'bad' habits that can sometimes be good for you
A psychologist found your chances of getting a date could come down to something as simple as whether it's sunny
13 facts about flirting that single — and married — people should know

SEE ALSO: 11 signs your boss is impressed with you, even if it doesn't seem like it