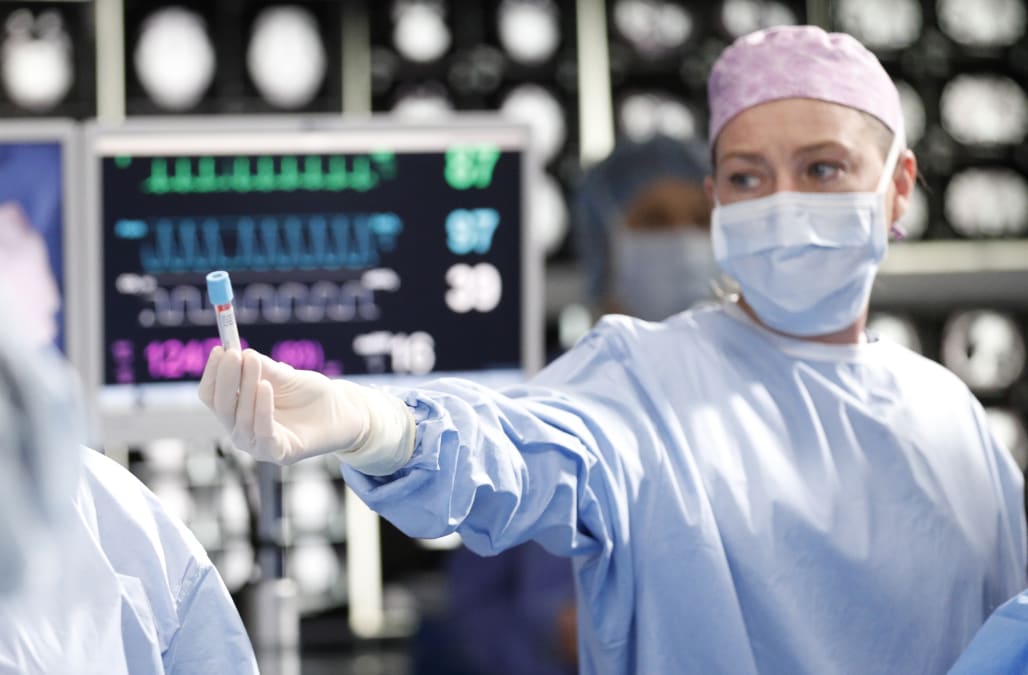 “Grey’s Anatomy” actor Camilla Luddington shut down social media allegations that the show’s stars were “wasting PPE” on the set.

Luddington, who plays Jo on the hit ABC medical drama, pushed back on a Twitter critic who this week accused cast members of wearing scarce N95 or KN95 masks “behind the scenes” instead of widely available disposable masks.

“You don’t need to be wasting PPE,” the critic tweeted.

“If you see any of us wearing KN95s behind the scenes it’s because we are wearing our costume masks,” Luddington said in response. “We don’t also get an extra KN95 to wear between takes.”

If you see any of us wearing KN95s behind the scenes it’s because we are wearing our costume masks. We don’t also get an extra KN95 to wear between takes. https://t.co/f4eJjimdtX

Notably, the long-running show actually helped direct PPE to first responders earlier this year, when shortages were dire. “Grey’s Anatomy” and spinoff “Station 19″ donated a pre-pandemic supply of N95 masks to the fire department in Ontario, California, and to the Los Angeles Fire Department’s Station 35 in Los Feliz.

“At ‘Station 19,’ we were lucky enough to have about 300 of the coveted N95 masks, which we donated to our local fire station,” Krista Vernoff, showrunner and executive producer of both shows, told E! News in April. “At ‘Grey’s Anatomy,’ we have a backstock of gowns and gloves, which we are donating as well. We are all overwhelmed with gratitude for our health care workers during this incredibly difficult time, and in addition to these donations, we are doing our part to help them by staying home.”

The new season of “Grey’s” references the COVID-19 pandemic. Star Ellen Pompeo said during Variety’s Virtual Power of Women panel last month that she believes it’s the show’s job to “humanize” the crisis. She added that “Grey’s” is “not responsible for politicizing COVID.”

“I feel like the politicians have politicized an illness that affects human beings regardless of political affiliation,” Vernoff said. “So our job is to make it human, not political.”

Pompeo also addressed the use of PPE by those on the “Grey’s” set and explained how her team is “more fortunate than some other actors.”

“Not only is the crew in full PPE, but we are as well because we get to play doctors,” she said, adding that the show is “bringing it this season.”

Everyone deserves accurate information about COVID-19. Support journalism without a paywall — and keep it free for everyone — by becoming a HuffPost member today.