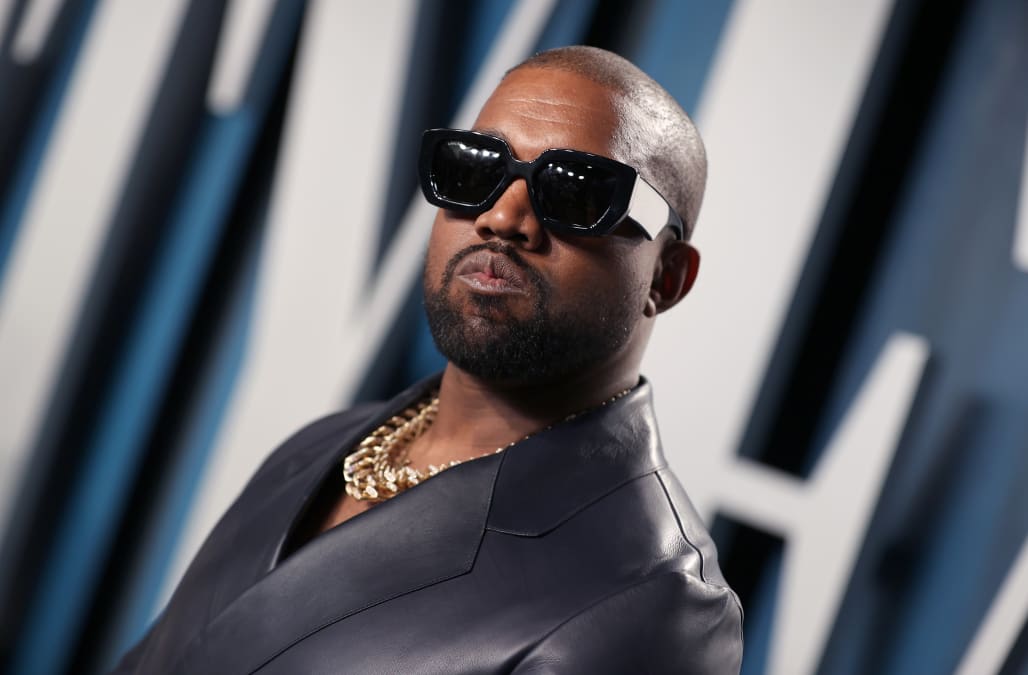 Kanye West is taking “stream of consciousness” to a new level.

On Wednesday, amid a long and convoluted Twitter rant about the music industry being “modern day slavery,” the rapper and presidential hopeful appeared to urinate on one of his Grammy awards that was placed in a toilet. Another of his tweets — posting the phone number of a Forbes editor he called a “white supremacist” — was removed from Twitter altogether for violating the platform’s rules.

Trust me ... I WONT STOP pic.twitter.com/RmVkqrSa4F

It’s no secret that West has been angry over his recording contracts, of which he says he has 10 in total with Universal Music Group (home to West’s GOOD label as well as Roc-A-Fella and Def Jam, which have put out West’s music). He is also upset with his deal with Sony/ATV Music Publishing. So today he posted the contracts online. There were pages upon pages of documents, uploaded one after the other, and too many to share here.

90% of the record contracts on the planet are still on a royalty A standard record deal is a trap to NEVER have you recoup, and there’s all these hidden costs like the “distribution fees” many labels put in their contracts to make even more money off our work without even trying.

The “New Moses,” as West has dubbed himself, continues to make the point that the music industry is “modern day slavery,” seemingly because he does not have the ownership he wants of his music. His unhappiness extends beyond his own deal, however, leading him to lash out at the Recording Academy, which presents the Grammys, as well as apparently taking one of his 21 awards, placing in a toilet bowl and peeing on it.

“Trust me,” West, who also compared himself to Nat Turner, leader of a slave rebellion in the 1830s — captioned the video. “I won’t stop.”

I forgive everyone from the music industry that is involved with modern day slavery. Vengeance is only the lords.

But his rant extended to a little of everything, as he does. Long upset with Forbes magazine for taking so long to declare him a billionaire, he posted the phone number of editor Randall Lane. He urged his fans to call him, dubbing him a “white supremacist.” (Our screenshot omits the actual number.)

West called for other peers to help him in his fight, from Bono to some he has continued to feud with for years like Taylor Swift and Drake. (Swift did not receive similar support from West when she was fighting over her masters last year.)

West did get producer Hit-Boy (real name: Chauncey Alexander Hollis), with whom he has feuded with, to agree with him on the topic. And then he clarified their feud.

But West’s messaging was generally all over the place, as it tends to be, with tweets within the rant abut the must business touching on topics like his daughter’s favorite emoji, Nick Cannon, Michael Jackson and God, among others.

We sat back and watched Nick Cannon get canceled and we go to play ball in a bubble with black lives matter on our backs ... brothers let’s stand together for real ... there is no NBA or music industry without black people ... fair contracts matter ... ownership matters

We used to diss Michael Jackson the media made us call him crazy ... then they killed him

It is well-documented that West has bipolar disorder. His first presidential event on the campaign trail in July, in which he publicly revealed that he and wife Kim Kardashian nearly aborted their eldest child North, led to the Keeping Up With the Kardashians star trying to have him placed in an involuntary psychiatric hold.

At the time, Kardashian issued a rare statement about her “brilliant and complicated” husband’s struggle with bipolar disorder, which he was diagnosed with in 2016, saying she was “powerless” in helping him during his episode until he himself wanted to be helped.

The couple eventually reconciled. Kardashian hasn’t publicly commented on the video of him apparently urinating in the Twitter video, but yesterday he posted a video of a black hoodie that said “Kim is my lawyer.” (Kardashian is studying to become a lawyer.)

As for West’s run for office, which is an uphill battle at this point as he’s left off the ballot in many states, West told the New York Times that while 2020 may not be his year, he vows to be present eventually. The story about West was another odd one with a source working with the star telling the paper West asked his campaign staffers to “refrain from ‘fornicating’ outside of marriage,” as part of his anti-abortion beliefs.