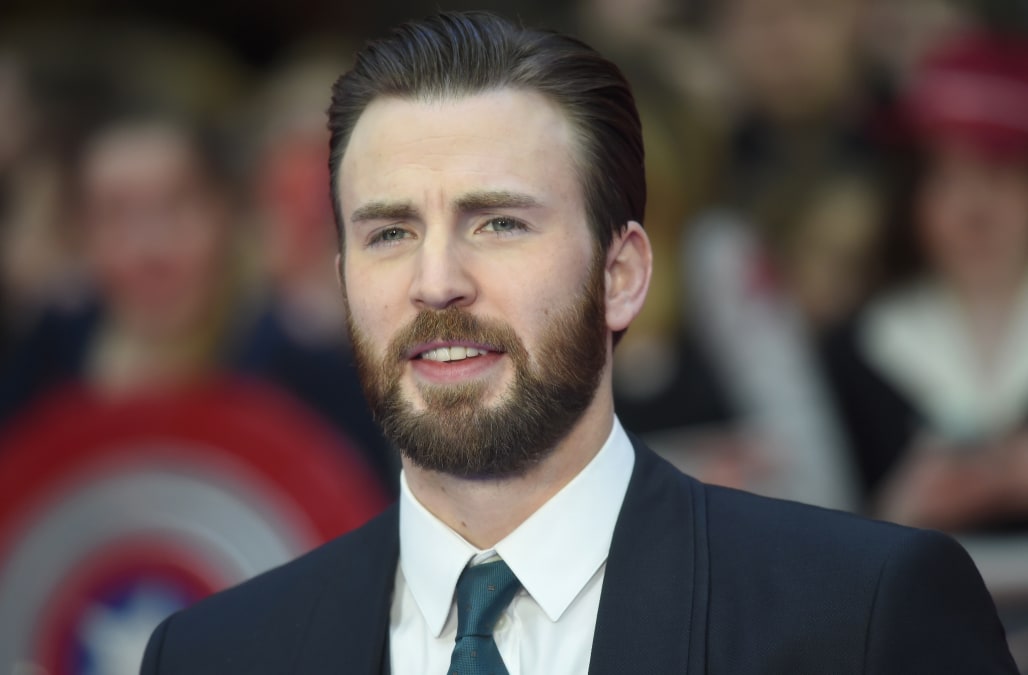 Chris Evans made a slick recovery from his NSFW photo scandal.

Breaking his silence after accidentally posting explicit photos on Instagram over the weekend, the Marvel superstar used the moment to encourage people to carry their civic duty on Nov. 3 — by voting.

“Now that I have your attention,” the politically-minded star wrote alongside two emojis — one of a man facepalming and another of a man shrugging — “VOTE Nov 3rd!!!”

And on Tuesday, he faced the music, addressing the incident in a previously scheduled live TV interview with Tamron Hall. After she credited him for changing the focus from the photos to the voting booth, he replied, “That's called turning a frown upside down, Tamron.”

Further addressing the situation, he said he had “an interesting weekend full of, um, lessons learned." And "lots of teachable moments.” That said, he continued, “You know, things happen. It's embarrassing. You gotta roll with the punches.”

The Captain America star’s handling of the embarrassing situation with the voting tweet was quickly applauded by his famous followers. Some replies from Jamie Lee Curtis, Jameela Jamil, Billy Eichner and Monica Lewinsky:

My boy! Proud of him. Got MY attention!

You did it for your country 👍🏽 pic.twitter.com/F7O2RvjxV9

we don’t know each other, but i hope this great use of humor is an accurate reflection that you’re doing ok. ✌🏼

Hall made it clear she’d be asking about it on Tuesday’s edition of her show, which saw him as a guest to discuss his civic engagement website, A Starting Point.

You have my attention!! See you live today on @tamronhall. Let’s talk about it. 🤷🏽‍♀️

Over the weekend, the 39-year-old actor appeared to accidentally post some NSFW photos on his Instagram Story, and they were quickly deleted. He was mum on the topic initially, though some of his nearest and dearest weren’t: His Avengers co-star Mark Ruffalo and the star’s brother Scott both joked about it on social media.

It’s been noted that the internet was decidedly nicer to Evans over the accident than to the female celebrities who — beyond their control — saw their own private photos stolen and posted online by hackers, violating their privacy and legal rights. Evans’s fans took to Twitter to ask that screenshots of the photos he posted not be reshared, while many noted the actor suffers from anxiety and panic attacks, citing that as a reason not to forward the photos around.

In his interview with Hall on Tuesday, Evans made a point to acknowledge his fans for having his back.

“I will say I have some pretty fantastic fans who really came to my support,” he said. “That was really, really nice.”