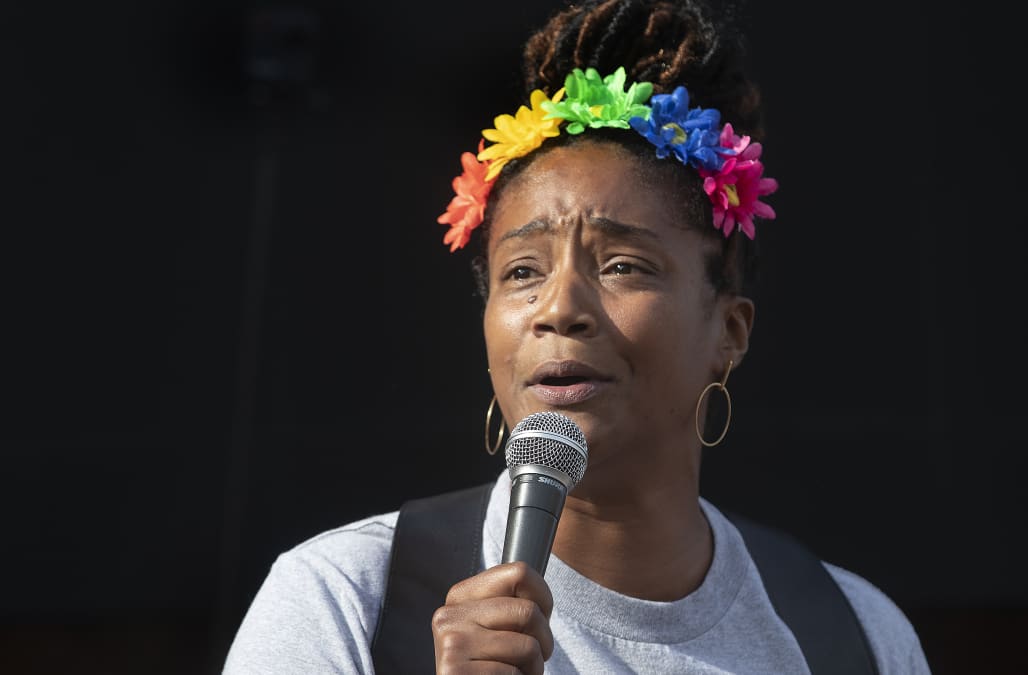 This month, while discussing defunding the police and police reform on the Hustling with Vivica A. Fox podcast, comedian Tiffany Haddish revealed that she had been sexually assaulted by a police cadet as a teen.

During the interview, The Night School star said that she lost a bit of her soul after the traumatizing experience that occurred when she was only 17.

“Like I wasn’t even take advantage of, that motherf**ker just took me,” she explained. “I’m glad he didn’t kill me or anything but that was really traumatizing and really messed me up for a long time.”

After the sexual assault, Haddish confesses she then began dating men in law enforcement hoping she could convince them to help her get revenge.

“I dated a police officer, a judge, a lawyer. I dated several different kinds of dudes, thinking, ‘Oh if I date them, they’ll love me and they’ll try to help me and my crusade of getting justice for my family and myself.’ They was like, ‘nah.,’” she recalled of that dark time in her life.

“Nobody really helped me…I had to learn revenge is not really where it’s at. Really the true revenge is in your success. Like, just let God handle it…I don’t know why I thought these police would do something to this other police officer because he took advantage of me.”

Now 40, Haddish admits she still carries anger about what happened to her.

“It still makes me mad because they’re untouchable,” she told Fox, before noting that therapy has been her saving grace through her healing. “I would not be able to function right now if I didn’t have all the services.”

RELATED: Tiffany Haddish throughout her career

31 PHOTOS
Tiffany Haddish out and about
See Gallery