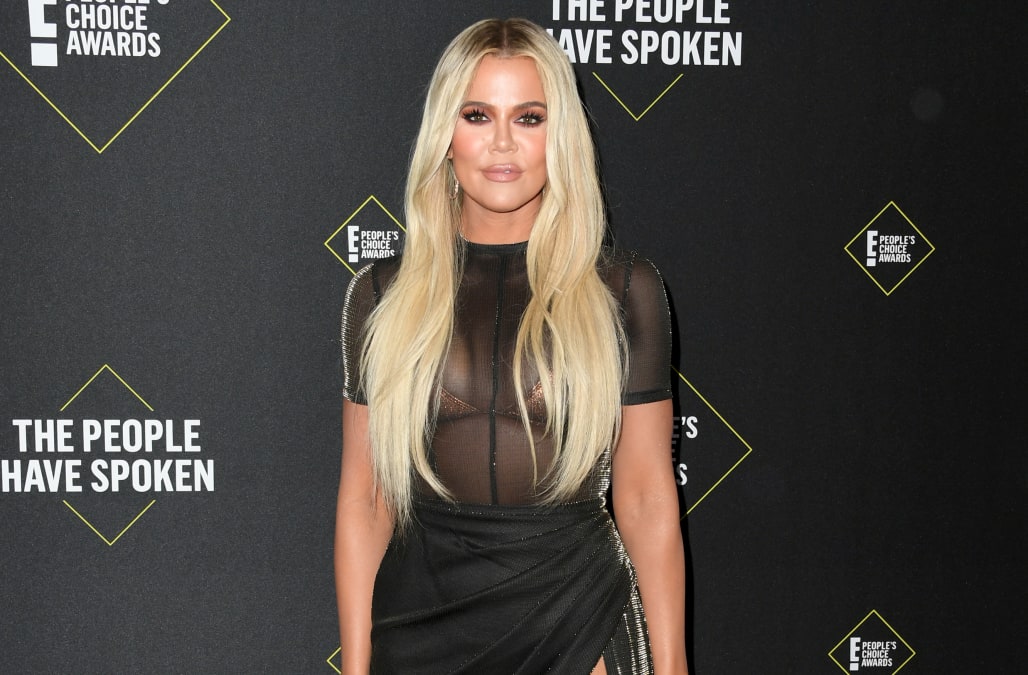 Khloe Kardashian went all out to celebrate her 36th birthday! The reality star took to Instagram following a weekend of family parties and fun to show off her sexy new look.

"Birthday Glam✨Tomorrow I’m flooding my time-line with party pics. Btw... I’m loving my brown hair," the Keeping Up With the Kardashians star captioned a series of photos of herself featuring the dark brunette locks. "I never thought I would say that lol blonde still owns my heart but this brown is giving me a little something right now."

In addition to her new 'do, Khloe is also rocking a sheer, sparkly mesh dress with what appears to be a gold bikini underneath.

In one shot she holds up a giant diamond-looking ring, which happens to be on that finger. The bling didn't go unnoticed by Kardashian pal Jonathan Cheban, who commented on the post, "Does that 💍 come with 👓? blinded by the light."

Khloe's ex and the father of her daughter True, Tristan Thompson, also commented on the post, "🔥❤️😍🔥❤️."

Tristan was just one of the guests at Khloe's birthday celebration over the weekend. Photos surfaced on social media of an inflatable slide with Khloe's likeness at the top, massive balloon displays, a "Sweets" station with cookies that had Khloe's photos on them, and more.

Khloe also had some fun with her older sister, Kourtney Kardashian, and younger sister, Kendall Jenner, wrestling one another in their sweats at the bash. Khloe's younger brother, Rob Kardashian, also made a rare appearance at the event, even posting some photos of himself with Scott Disick, Tristan, and Kourtney.

Khloe shared more details from her party, tweeting, "I had the most magnificent birthday!!! It was family only. We just aren’t comfortable being around too many people but the decor was OUT OF THIS WORLD!!!!! I wanted to thank you ALL for sending me so many beautiful and kind wishes. I love you very much."

For more on Khloe's evolving relationship with her ex, Tristan, watch the clip below:

More from ET Online:
Governor Andrew Cuomo shares how dinners with his daughters helped him cope with COVID-19 crisis
Caitlyn Jenner goes golfing with Bachelor Peter Weber and his family
Megyn Kelly reacts to NBC pulling '30 Rock' episodes with blackface after her own controversy