Jenna gets real about parenting struggles at home: 'It's been a journey' 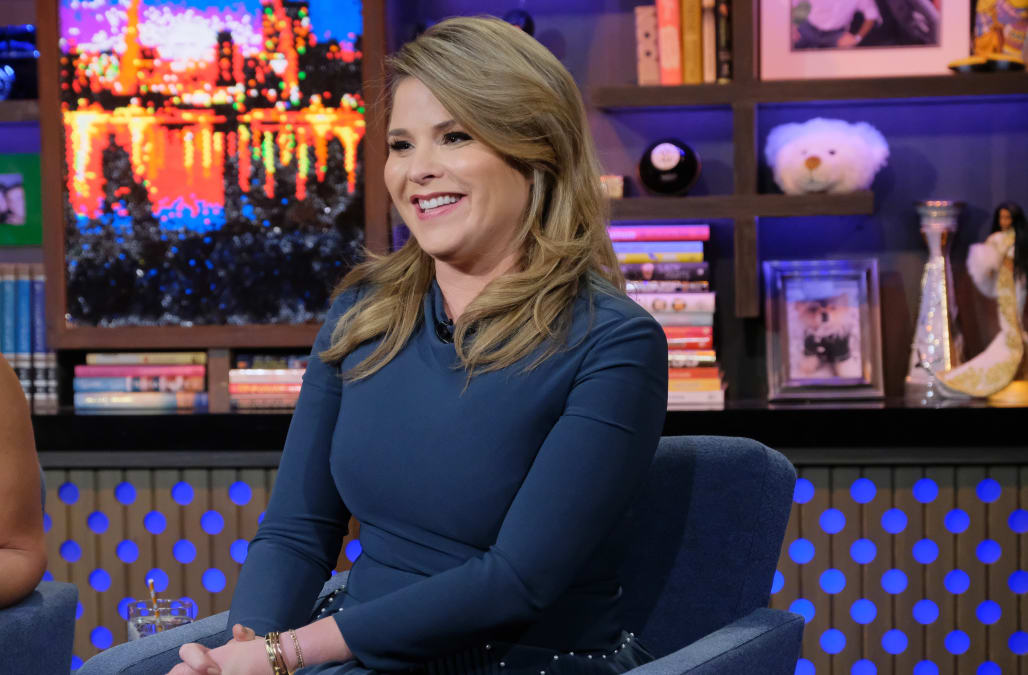 Jenna Bush Hager video chatted with Savannah Guthrie and Hoda Kotb Wednesday on the fourth hour and shared an update on how she's doing at home with her husband, Henry, and her three kids.

Like many families, Jenna's crew has been hunkered down in self-quarantine because of the coronavirus outbreak, and Jenna said they have been adjusting well to spending so much time together.

"We've been staying home, and I have to say, it's been a journey," Jenna said. "It really has because at the beginning, we weren't used to seeing each other for this much time. Last night, Henry said, 'We're a team now,' and I feel like that. There's been moments that are messy, quite literally, like tons of laundry but really beautiful moments, too."

Jenna said she is savoring the unexpected extra time with her children: Mila, 6, Poppy, 4, and 7-month-old baby Hal.

She added that she's been homeschooling her daughters, which has given her an even greater appreciation for teachers.

"I emailed Poppy's teacher, and I just said ... 'I don't know how you did it, how you keep this child entertained,'" she said.

She also shared the funny names Mila and Poppy gave to her and Henry for when they're in teaching mode.

"They call me Miss Jenna," she said. "I'm Principal Lemon, too, and Henry's Assistant Principal Lime, and we're just hanging in there!"

Jenna also had an emotional moment as she shared some of the parenting struggles she has encountered during these challenging times.

However, her little ones helped her put everything back in perspective.

"They were like, 'This is the best! We get Mommy and Daddy at home for dinner every night!' And I was so hard on myself ... I just thought, our kids just want us and even not in our perfect ways."

Download the TODAY app for the latest coverage on the coronavirus outbreak.

She added that some words of wisdom from her grandmother have also been helping her through this time.

"I thought about my grandma a lot, and she says humor helps," she said. "That's what I've been trying to do, laugh with my girlfriends on Zoom, and laugh with Henry over the funny things that happen on a daily basis and trying not to cry over dirty dishes and spilled milk because life is just too short."

More from Today Show:
Savannah encouraging her kids to let out emotions during this tough time: 'Let's all cry!'
Andy Cohen says separation from his son is 'very worst part' of coronavirus isolation
Brad Paisley's free grocery store in Nashville is now delivering to the elderly