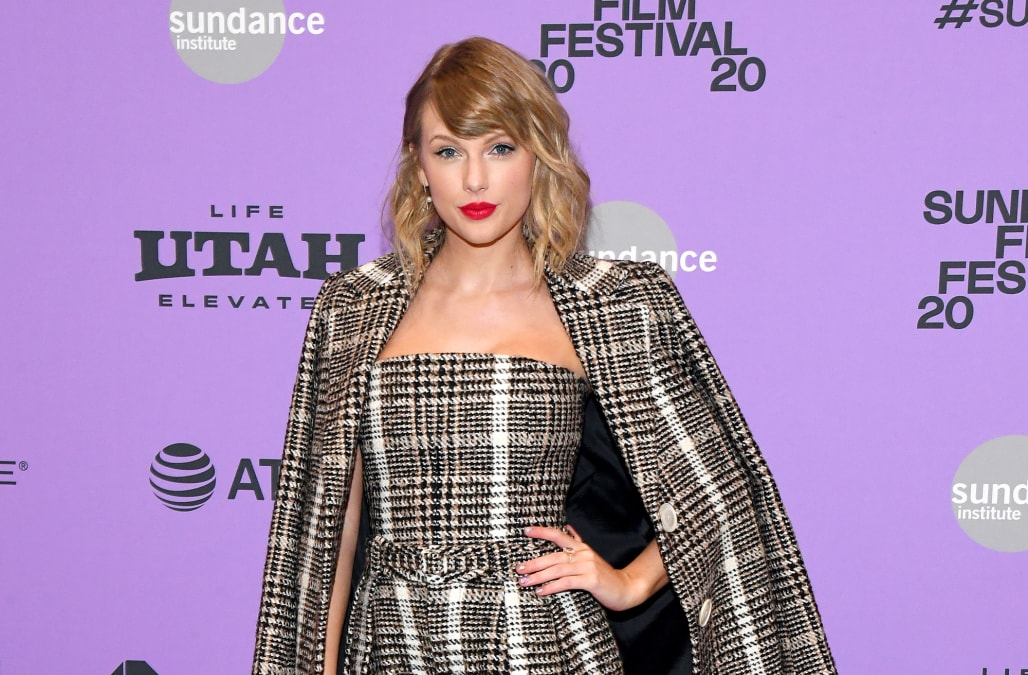 After the full video of her infamous 2016 call with Kanye West leaked, Taylor Swift shut down further discussion about the controversy, urging fans to focus on other matters.

“Instead of answering those who are asking how I feel about the video footage that leaked, proving that I was telling the truth the whole time about *that call* (you know, the one that was illegally recorded, that somebody edited and manipulated in order to frame me and put me, my family and fans through hell for 4 years) … SWIPE UP to see what really matters,” the singer wrote in a post on her Instagram story Monday. 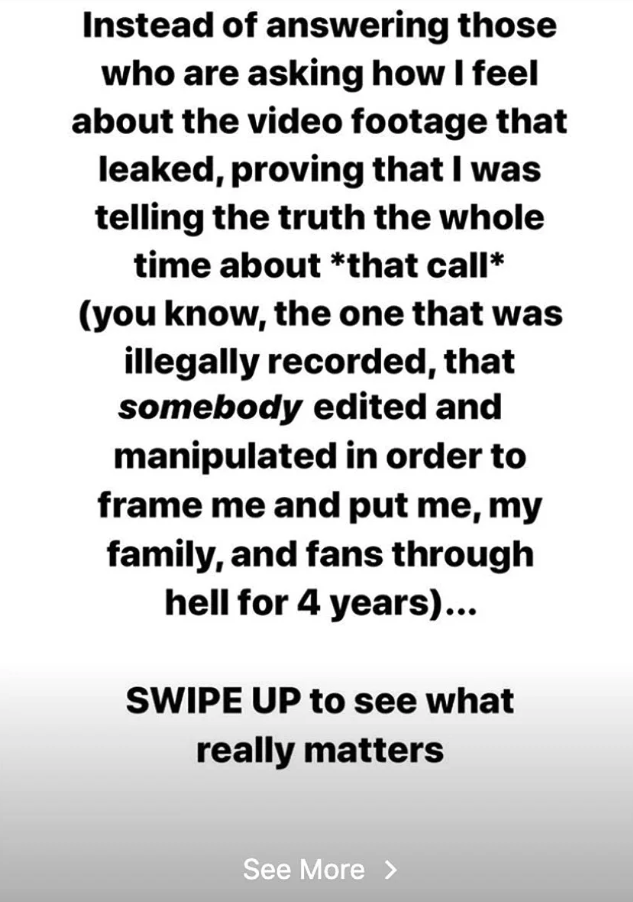 Swiping up on the story leads to a donation page for Feeding America. Swift also urged fans to donate to the World Health Organization if they can.

The internet has been abuzz about the leak of the 25-minute call Swift referenced in her post since it was made public Friday night, though the original controversy began years ago when Kim Kardashian West posted short clips of the conversation between Swift and her husband on her Snapchat.

In the full video, West asks Swift to release his song “Famous” on her Twitter account, letting her know there is a “very controversial line.” She nervously asks what it is.

“So it says, ‘to all my Southside n***** that know me best/ I feel like Taylor Swift might owe me sex,” West says.

As they discuss the song further, Swift expresses relief the lyrics do not call her “that stupid dumb b****.” She tells West she needs time to think about his proposal because “it is absolutely crazy.”

“I’m going to send you the song and send you the exact wording and everything about it, right? And then we could sit and talk through it,” West says to end the call.

When the song was released, a new feud between the two stars was born.

Swift at first claimed she did not hear the finalized song before its release, then said she took issue with the profanity he used to describe her: “‘I made that b**** famous.”

For years, fans of Swift and fans of Kardashian West and West have fought over what truly went down during that phone call — but now that we have the full audio, Swift wants to put an end to the conversation.

This will be the last time I speak on this because honestly, nobody cares.

Sorry to bore you all with this. I know you are all dealing with more serious and important matters.

“This will be the last time I speak on this because honestly, nobody cares,” she wrote in her final tweet. “Sorry to bore you all with this. I know you are all dealing with more serious and important matters.”

Time will tell if the saga is truly over, or if West himself will have something to say in response.

The post Taylor Swift uses leaked video to raise money for charity appeared first on In The Know.

These Aerie products can help you find your zen