Oprah explains why she and Stedman are quarantining separately 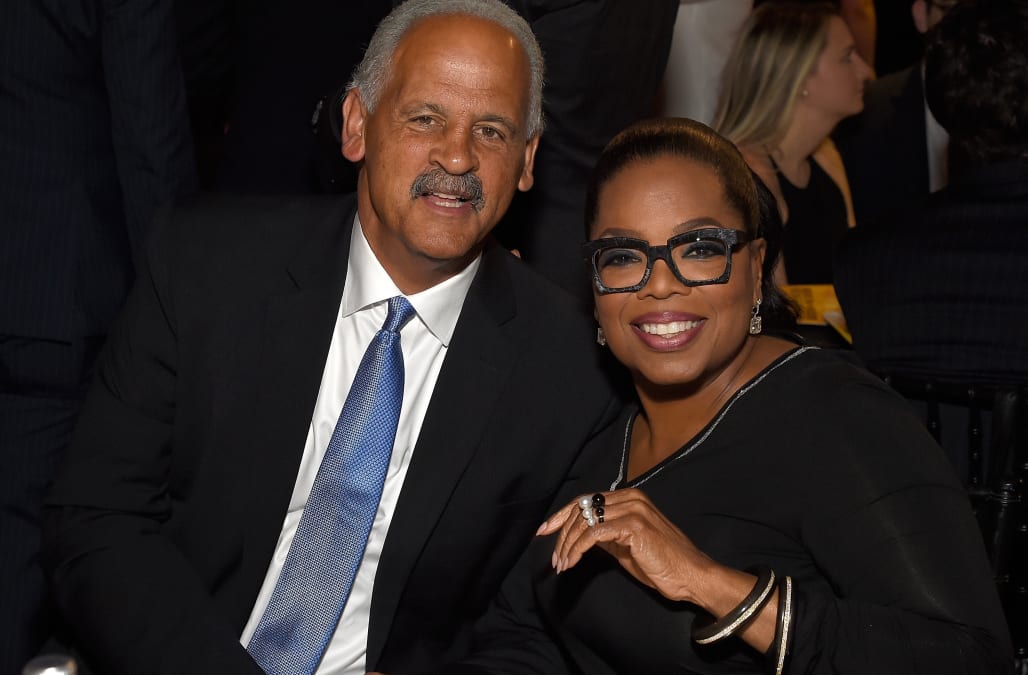 While people everywhere are practicing social distancing in response to the coronavirus outbreak, many are staying in their homes with a select few family members or friends to get through the quarantine together. For Oprah, however, she chose to stay separate from her longtime partner Stedman Graham, having him isolate in the guest house on her Santa Barbara property because he was “late to the party.”

The mogul joined an Instagram live stream hosted on The O Magazine’s account where digital director Arianna Davis asked Oprah what social distancing looks like in her household. And while it seemed rather laidback as Oprah was hanging out in the kitchen with her dog and two graduates from her school in South Africa — who she has come to call her “daughters” — Oprah quickly pointed out who wasn’t part of the group.

“There’s no Stedman in the kitchen,” she said. “Stedman is in the guest house because you all know I had pneumonia late last year, and you could still hear the raspiness in my throat sometimes when I talk. I had just gotten off of antibiotics last week because I had a bronchial infection, and so Stedman was late to the party.”

Oprah went on to explain that Graham “was one of those going, ‘I don’t see what everyone’s getting so upset about,’” and talked about how the response to the coronavirus was “fear-based.” As a result, he continued to work and travel until Thursday and found himself following Oprah’s protocol once he finally arrived in California.

“Stedman did not arrive from Chicago until Thursday, he had been speaking in St. Louis...he'd been on planes, so Stedman is like 'What's the procedure for coming home?'“ Oprah recalled. “The procedure is...you ain't coming and sleeping in my bed! And literally, he goes, 'I'm not?' And I go, 'Have you not been paying attention to the news? Social distancing does not mean you go and sleep in the same bed with the person! When you just got off American Airlines!'“

The O Magazine later clarified that Graham does not have the virus. However, Oprah is taking extra precautions because of his travel. “We cannot play those games,” she said, “so we’re taking it very seriously.”

Oprah also explained that Graham is “happy to keep me safe.