Tom Hanks, Rita Wilson say they feel better after being treated for coronavirus 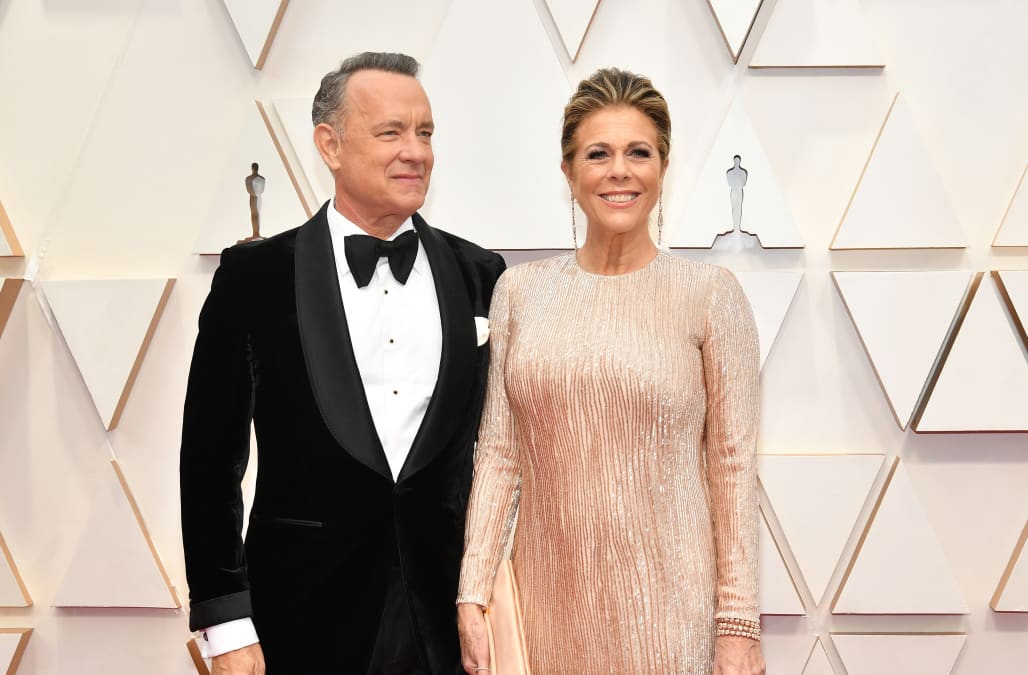 Tom Hanks and Rita Wilson are feeling better after being treated for COVID19. The couple, who announced two week ago they had coronavirus, also recommended those hoping to halt its spread should stay home.

“Hey, folks. Two weeks after our first symptoms and we feel better,” Hanks tweeted Sunday night. “Sheltering in place works like this: You don’t give it to anyone -You don’t get it from anyone. Common sense, no? Going to take awhile, but if we take care of each other, help where we can, and give up some comforts…this, too, shall pass. We can figure this out. Hanx.”

Meanwhile, Wilson has been sharpening her rap skills while in isolation. She posted a four-minute long video, captioned “Quarantine Stir Crazy. See it to believe it,” Sunday on Instagram where she flawlessly spouts the lyrics to Naughty by Nature’s 1992 hit “Hop Hop Hooray.”

See it to believe it

Hanks and Wilson were self-quarantined in Australia, where Hanks was filming a movie about Elvis Presley. He is playing Colonel Tom Parker, Presley’s manager, in the film directed by Baz Luhrmann. Production is currently suspended.

“We are taking it one-day-at-a-time,” Hanks wrote last week. “There are things we can all do to get through this by following the advice of experts and taking care of ourselves and each other, no? Remember, despite all the current events, there is no crying in baseball. Hanx.”

The duo were the first celebrities to go public with their diagnosis of coronavirus. Since isolating themselves on March 11, they provided multiple updates on the status of their health.

“Well, now. What to do next? The Medical Officials have protocols that must be followed,” Hanks wrote at the time on social media. “We Hanks’ will be tested observed, and isolated for as long as public health and safety requires. Not much more to it than a one-day-at-a-time approach, no?”