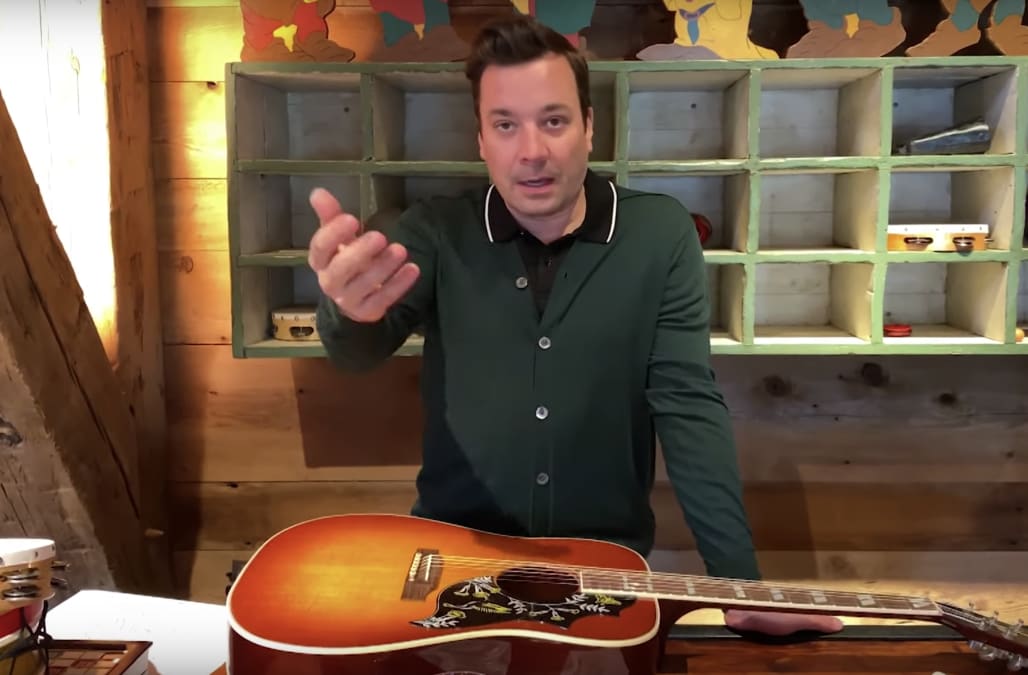 A recent episode of “The Tonight Show Starring Jimmy Fallon” has fans both extremely excited and more than a little perplexed.

The late-night host, who has been filming an at-home version of his show while live-audience tapings are suspended, offered fans a behind-the-scenes look at his house in a video shared on March 17.

Fallon’s clip, which features the comedian drinking Irish beer, singing about St. Patrick’s Day and introducing viewers to his family, also includes a detail that sent social media into chaos. At the end of the video, Fallon says goodbye to his viewers and then proceeds to exit through a … slide?

That’s right. It turns out the late-night host has a full-blown, tubular slide inside his home, which he can apparently use to travel between rooms. The reveal took many Twitter users by surprise, mainly because Fallon made absolutely no reference to the feature during his monologue.

“Why is there a SLIDE in your house and do YOU use it often?! Did it come with the house? I need to know more!!” one user wrote.

“I just want to know where the slide LANDS. In a pile of pillows? A pot of gold? Maybe @jimmyfallon will show us in the next episode,” another added.

I just want to know where the slide LANDS. In a pile of pillows? A pot of gold? Maybe @jimmyfallon will show us in the next episode. 🙂 https://t.co/hWtQhxGzFq

Several users theorized that the slide was for Fallon’s daughters Frances and Winnie, who are 5 and 6 years old respectively. Still, it seemed like the 45-year-old dad was having plenty of fun with the contraption himself.

That fact may have confused some Twitter users, but others were simply delighted by the fact.

"You have one of the most cool/unique houses I have ever seen. I mean, who has a slide, a mural of the seven dwarves and a full size popcorn machine on their house!?! Can you give us a tour?" another asked.

The post OK, so Jimmy Fallon has a slide in his house? appeared first on In The Know.