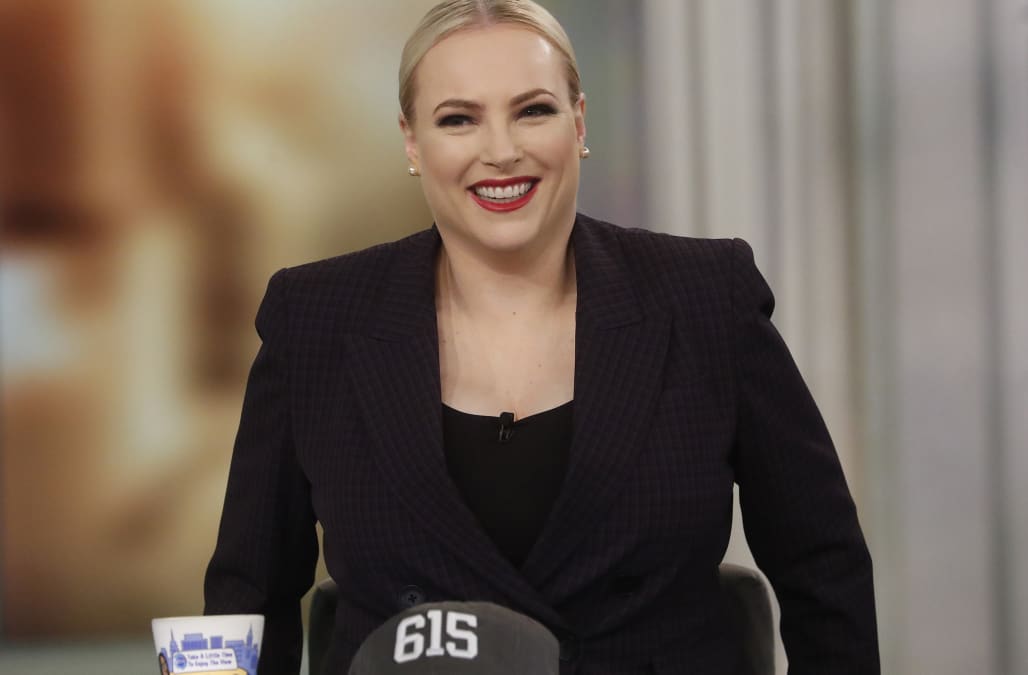 Meghan McCain is pregnant, the View panelist announced on social media on Sunday. The news comes several months after the 35-year-old had a miscarriage last summer.

McCain, who is married to conservative writer and publisher Ben Domenech of The Federalist, told fans that her pregnancy would force her to take special precautions during the ongoing coronavirus outbreak. Though the TV personality has been filming audience-free tapings of The View, doctors have advised her to be “extra-vigilant” by self-isolating, appearing on the show via satellite. (Co-star Joy Behar, 77, shared her own plans to stay home earlier in the month, citing her age as putting her at a higher risk for COVID-19, while Whoopi Goldberg has joined in by satellite.)

McCain did not reveal when she is due to give birth, or any further details of the pregnancy. Her announcement quickly prompted well wishes from co-panelist Sunny Hostin, Fox News’s Janice Dean and Piers Morgan.

Happy Birthday baby. My wild, rebel heart partner in this life and the next. I love you more than I ever thought was possible. I am forever grateful for you ~ especially your intensity, grit, passion and conviction. Here’s to 138 more years lighting the world on fire together...🥂🍾♥️🔥

The conservative pundit, who thanked ABC for letting her work remotely, is unlikely to let her pregnancy and self-isolation slow her down. Over the weekend, she pledged to use her next View appearance to speak out against fellow Arizonans who have been overcrowding rather than social distancing.

I’m losing my mind - I expect more from Arizonans than Miami Beach teenagers on spring break. You could get someone killed not self quarantining. This will be brought up @TheView Monday, I assure everyone!!!! https://t.co/qBCcgIW3ks