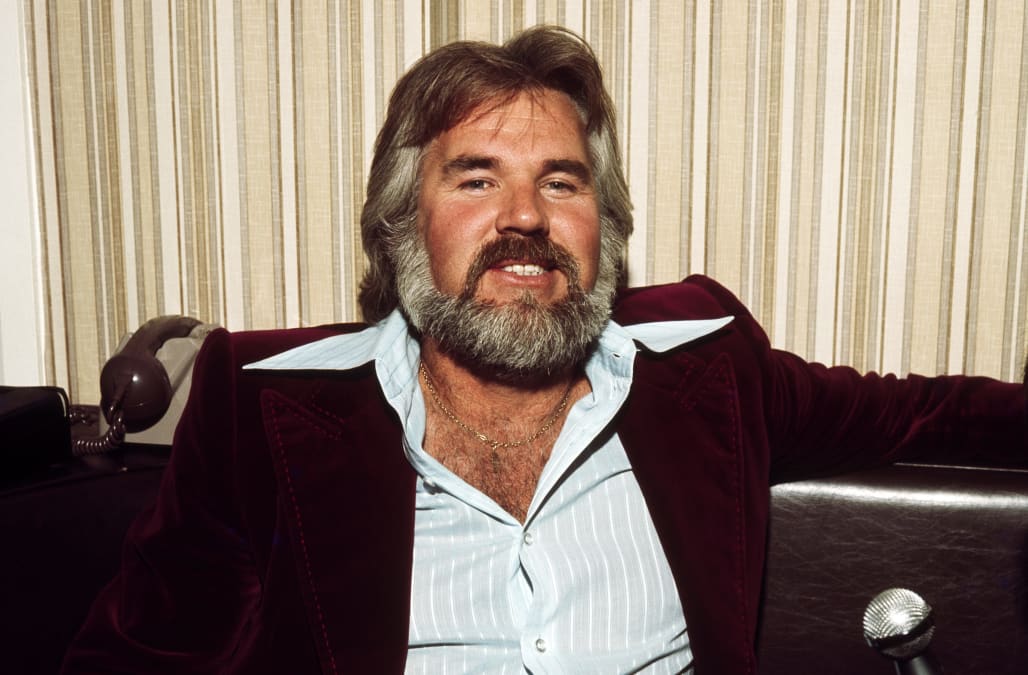 Kenny Rogers has died, according to his publicist, Keith Hagan. A statement released by Hagan on Friday evening says the country legend “passed away peacefully at home from natural causes under the care of hospice and surrounded by his family.” Rogers was 81 years old.

During his six-decade, genre-hopping career, Rogers released 65 albums and sold more than 165 million records, making him one of the most successful recording artists of all time. A massive crossover star, he not only scored 24 No. 1 hits on the Billboard country chart, but more than 120 hits across various genre charts — including his 1978 signature story song "The Gambler,” which inspired five television movies and was selected for preservation in the National Recording Registry by the Library of Congress. A Country Music Hall of Fame inductee in 2013, Rogers also won three Grammy Awards, 13 American Music Awards, six Country Music Association Awards, the CMA Willie Nelson Lifetime Achievement Award, and the CMT Artist of a Lifetime Award.

Rogers was born fourth of eight children on Aug. 21, 1938 in Houston, Texas, and he actually launched his music career as a doo-wop artist in 1957 with the minor hit “The Crazy Feeling,” before joining jazz group the Bobby Doyle Three in 1958. Taking yet more eclectic career turns, he then played in folk outfit the New Christy Minstrels in 1961, before founding the First Edition in 1967 and scoring a surprising No. 5 hit with that band’s psych-rock classic "Just Dropped In (To See What Condition My Condition Was In).” After the First Edition, whose sound had become increasingly countrified over the years, disbanded in the mid-‘70s, Rogers continued in that country direction, releasing his moderately successful first solo album, Love Lifted Me, in 1976.

In 1977, Rogers broke through with his first major solo hit, “Lucille,” but it was his sixth studio LP the following year, The Gambler, that finally made him a bona fide superstar. That album went quintuple-platinum on the strength of the ballad “She Believes in Me,” which established his smooth countrypolitan sound, and its title track. Another one of his classic story songs, “Coward of the County,” went to No. 3 on the Billboard Hot 100 and spawned another TV movie starring the affable, raspy Rogers. A feature film starring the singer, Six Pack, followed in 1982.

Rogers’s cross-genre collaborations resulted in some of this biggest hits — notably "Islands in the Stream," duet with Dolly Parton written by the Bee Gees, and the Lionel Richie-penned “Lady,” both of which topped the Billboard Hot 100. A David Foster-produced duet with Scottish pop diva Sheena Easton, a cover of Bob Seger’s "We've Got Tonight,” went to No. 1 on the country chart and No. 6 on the pop chart. Rogers was also one of the 45 superstars recruited by Richie to perform on the USA for Africa charity single “We Are the World” in 1985.

Rogers’s other duet partners during his career included Ronnie Milsap (with whom he won the Best Country Collaboration With Vocals Grammy in 1988 for "Make No Mistake, She's Mine"), Kim Carnes, James Ingram, and Dottie West. He had his final No. 1 country hit, “Buy Me a Rose,” with Billy Dean and Alison Krauss in 1999, though he released a second duet with Parton in 2013, “You Can’t Make Old Friends,” that made it to No. 57 on Billboard’s U.S. Country Airplay chart.

Although Rogers’s chart streak didn’t continue throughout the ‘90s and beyond, he maintained a busy recording and touring schedule (he even played with Phish at Bonnaroo in 2012). He also authored the 2012 memoir Luck or Something Like It and 2013 novel What Are the Chances, and launched two businesses, the successful fast-food chicken chain Kenny Rogers Roasters and Sprint car manufacturing firm Gamblers Chassis.

Rogers announced his retirement in 2015 and embarked on a farewell tour called “The Gambler's Last Deal.” In a true demonstration of his crossover appeal, one of his final concerts, an all-star tribute at Nashville’s Bridgestone Arena on Oct. 25, 2017, featured appearances by the Flaming Lips, Elle King, Idina Menzel, Chris Stapleton, Richie, Parton, and many others. (An A&E special, Biography: Kenny Rogers, featuring footage from that concert, was already scheduled to air next month.) On April 5, 2018, Rogers canceled his remaining tour dates due to “a series of health challenges.”

Rogers is survived by his fifth wife, Wanda Miller, whom he wed in 1997, their twin sons Justin and Jordan, and his three children from previous marriages, Carole, Kennedy, and Christopher. Hagan says Rogers’s family is only planning a small private service right now due to coronavirus concerns, but they plan to organize a larger public memorial to celebrate his life and legacy at a later date.