Twitter users joke about scary similarities between JLo's house and the one from 'Parasite': 'Please check your basement' 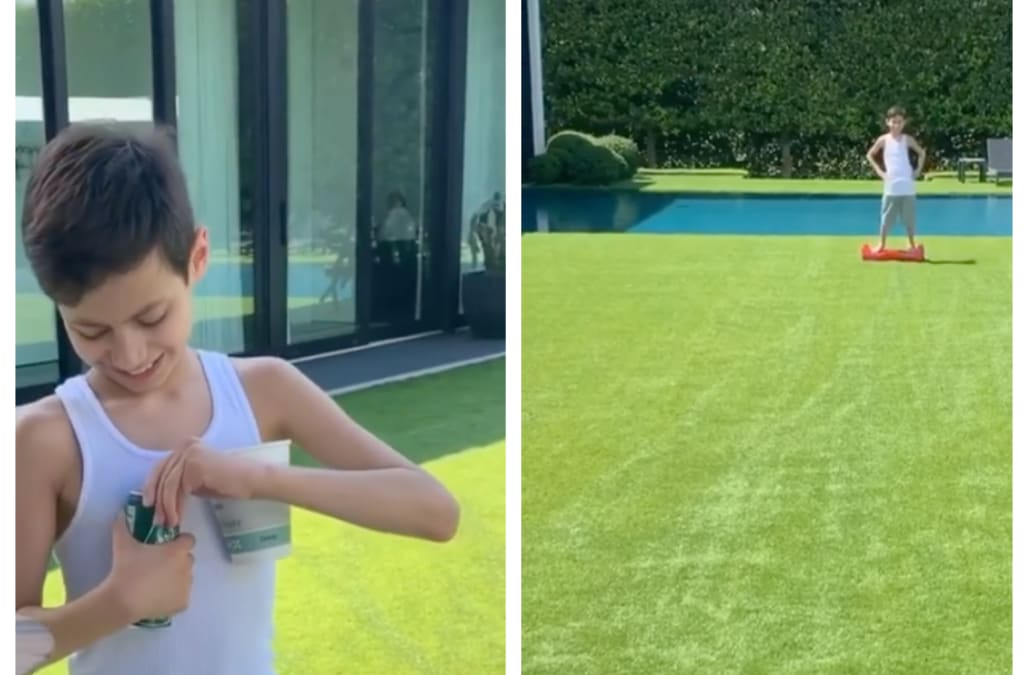 Celebrity power couple Jennifer Lopez and Alex Rodriguez have been keeping busy during quarantine by doing what mostly everyone has been doing: making TikToks.

However, social media users are far less concerned with the content that J-Rod has been putting out than they are with their not-so-humble abode and its resemblance to the house in “Parasite.”

On March 18, Lopez uploaded a TikTok of her son Max serving her drinks on a hoverboard. She joked, “We can’t go out to any restaurants or anything but the service and entertainment here is pretty good…”

We can’t go out to any restaurants or anything but the service and entertainment here is pretty good...😊 #StaySafepic.twitter.com/K8BnzzB6j6

In the background of the video, you can see J-Rod’s house, which features floor-to-ceiling windows and a perfect backyard.

You know which other house features floor-to-ceiling windows and a perfect backyard? The Park residence in “Parasite.”

Social media users wasted no time joking about the scary similarities between the two houses.

“Please check your basement,” one person joked, making reference to a plot in the movie involving a secret bunker in the Park family’s basement.

Ayo that house and yard be lookin mad familiar, you need an English tutor?

“Ayo that house and yard be lookin mad familiar, you need an English tutor?” another user joked. In the film, Ki-woo Kim poses as an English tutor for the Park family’s daughter Da-hye and eventually helps his entire family get jobs at the house, too.

Strangely enough, JLo’s home isn’t the only one being compared to the “Parasite” house.

On Twitter, people are also pointing out how similar comedian Ellen DeGeneres’ house looks to it.

“WHY DO ALL CELEBRITIES LIVE IN THE PARASITE HOUSE,” one user said. “Can’t wait to parasite Ellen DeGeneres,” another person joked.

What we’re learning during this strange and unusual time is that celebrities apparently really like floor-to-ceiling windows and neatly manicured lawns.

Create an at-home barbershop experience with these pro-rated clippers

Keep your skincare intact with this beauty organizer

The post People are pointing out that JLo’s house looks eerily like the one from ‘Parasite’ appeared first on In The Know.

More from In The Know:
Jessica Simpson reacts to the success of her memoir, ‘Open Book’
Man throws elaborate ‘dinner party’ for his dogs
Dad makes hilarious mistake when getting daughter ready for school