These ‘Family Feud’ answers will have you rolling 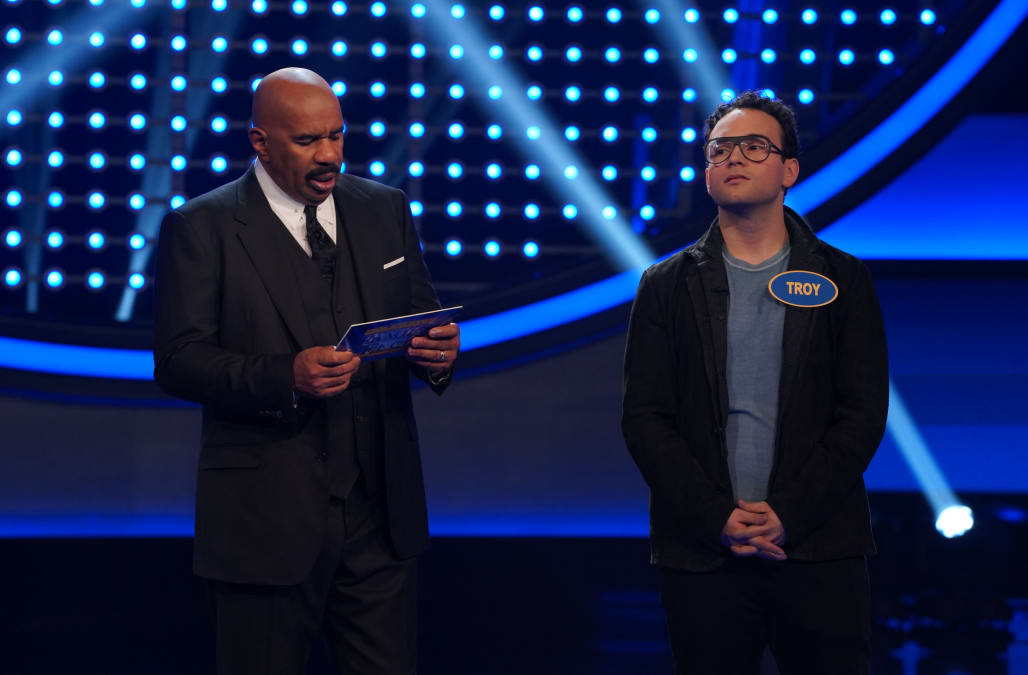 Since television host Steve Harvey took over “Family Feud” in 2010, the game show’s ratings have skyrocketed — partly due to Harvey’s flamboyant personality and the absurd answers contestants have given. To celebrate those hilarious moments, the 44-year-old show put together a 10-minute compilation of the funniest answers family members and friends have given to what, perhaps, seem like simple survey questions.

The clip begins with a lightning round in which Harvey asks contestant Rocco to “name a job that’s dirty but someone has to do it.” The contestant initially answers with “plumber” but, upon realizing that the answer has already been given, decides to go with “gynecologist.”

“Not yet,” Rocco responds. “A couple months.”

“You better check with her after this one,” Harvey jokes. “You stunned the world with that one right there. I don’t know if we’re going to have enough tape to show the whole thing but pretty sure they do on YouTube.”

The next footage shows Harvey asking a contestant, Will, to “name something that follows the word ‘PORK.'” Will’s answer? “Cupine.”

Momentarily stunned, Harvey looks at the audience and his card to make sure he heard correctly.

Perhaps the oddest moment is seen at the 7:23 mark. Harvey asks contestant Dano to tell him “a gift that you might give to your girlfriend, that you’d never give to your mom.”

Dano confidently answers with “a child,” to the delight of his family.

“He gon’ straighten me out,” Harvey says. “You can’t give no baby to your mom, Steve. Now, let me tell you something. Your whole damn family gon’ be on YouTube.”

Since the compilation video was posted on YouTube, it has received over 200,000 views and a flood of comments.

“Loved this video,” one person wrote. “Do more please!”

“Mr. Harvey is the best game show host,” another commented. “I laugh through the entire show. LOL I don’t know what is more hilarious the answers or his reactions. Priceless.”

This eco-friendly household cleaning brand is on a sustainable mission

The post These ‘Family Feud’ answers will have you rolling appeared first on In The Know.