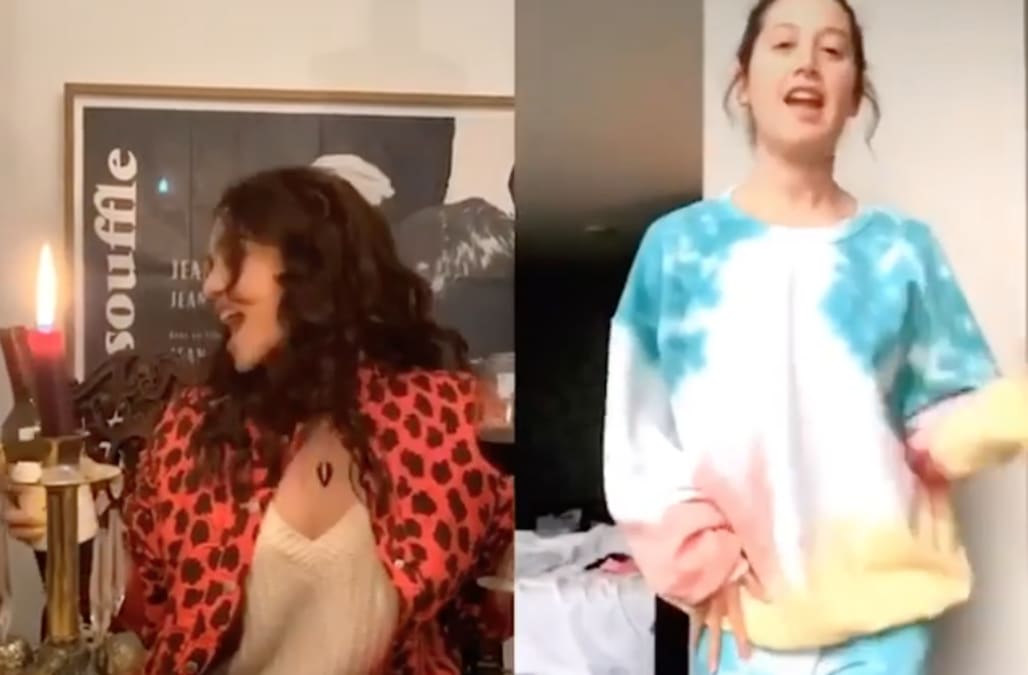 Isolation can get pretty lonely. Thankfully, “High School Musical” stars Ashley Tisdale and Vanessa Hudgens have found a way to stay busy: by recreating some of their most iconic dance numbers.

On March 16, Tisdale kicked things off by posting a TikTok of her dancing to “We’re All In This Together.”

“If you need to work out while on #selfquarantine try this,” she captioned the video. “Hopefully this will brighten your day a little!”

If you need to work out while on #selfquarantine try this 😂 hopefully this will brighten your day a little!

Though the video captured the attention of millions of fans, it most notably prompted a response from fellow “High School Musical” star Vanessa Hudgens.

Tisdale’s throwback video prompted Hudgens to join TikTok and make a video of her own. The video, which is a duet, shows Hudgens lip-syncing and pouring a big glass of red wine while Tisdale dances away.

Well. It’s come to this. Lol @ashleytisdale maybe I start getting into tik tok? Username is vanessahudgens not vanessahudgens0 okay byeeee

Everyone is going crazy for this unexpected collaboration — even other celebrities.

On Hudgens’ video on Instagram, “Bachelorette” alum Wells Adam commented, “This looks like a 90’s montage where you convince Ashley to sign away her soul for sold out tickets to Lollapalooza.” On Tisdale’s video posted to Instagram, meanwhile, “The Bold Type” star Katie Stevens wrote, “This is the joy I needed today.”