Tom Hanks divides internet with ‘nasty’ snack photo: ‘Who told you to eat that?’ 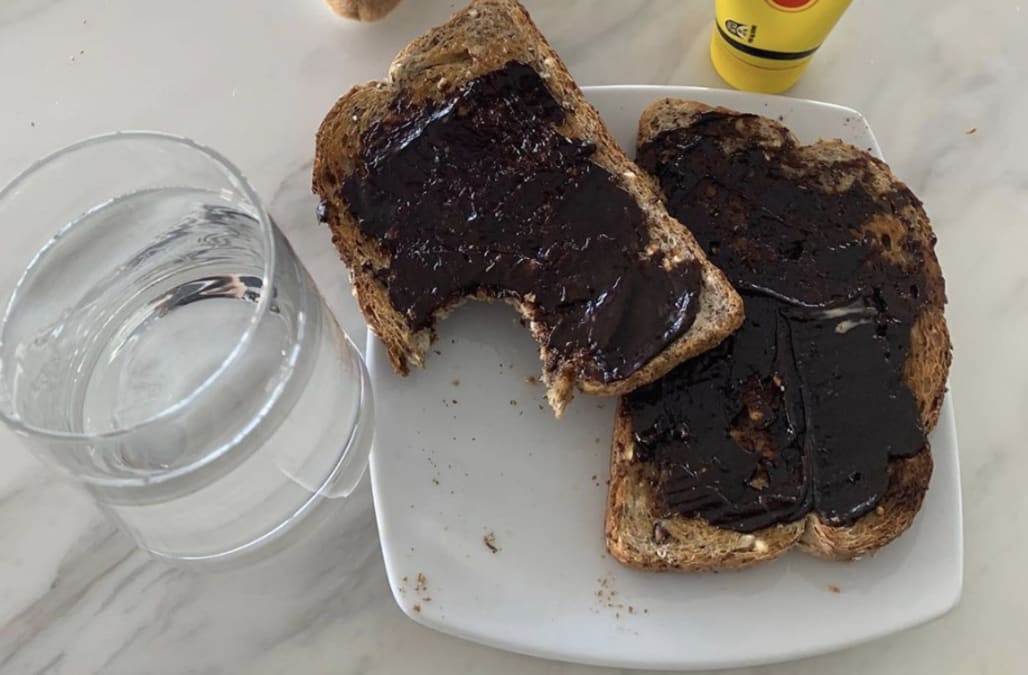 Tom Hanks is dividing social media users around the world — especially Australians — after sharing a photo of his afternoon snack.

The mixed reactions began when Hanks, who is currently quarantined in Australia with his wife, Rita Wilson, shared the image to his Instagram and Twitter accounts on March 15.

Hanks’ post showed a collection of Australia-themed memorabilia, including a kangaroo holding the country’s flag and a plate of toast slathered with Vegemite — the latter of which sent his followers into a frenzy.

“Thanks to the Helpers. Let’s take care of ourselves and each other. Hanx,” the post read.

Thanks to the Helpers. Let’s take care of ourselves and each other. Hanx

While many users were charmed by the photo — which seemingly contained a reference to Hanks’ role in the 2019 film, “A Beautiful Day in the Neighborhood” — others were caught up on his food.

The 63-year-old actor seemed to be eating two slices of toast with enormous helpings of Vegemite, a yeast-based Australian food spread known for its intensely salty flavor. As the food isn’t immensely popular in the U.S., many commenters seemed to believe Hanks had accidentally made a major snacking mistake.

“Okay you need to scrape around 60% of that vegemite off, otherwise it’s gonna be nasty and hurt your mouth friend,” one Twitter user wrote.

“You’re a great actor! But your vegemite portions need some work,” an Instagram user added.

Others were far more critical, calling the meal “nasty” and “disgusting.” Some went as far as to warn that Vegemite’s strong taste made it equivalent to mega-spicy foods such as wasabi.

“Who told you to eat that much vegemite?” another Twitter commented wrote. “A small scraping is more than sufficient.”

A few even shared instructions to help Hanks better manage his Vegemite portions. One Australian user wrote that the “secret to Vegemite toast is 1/3 vegemite to 2/3 butter maximum.” Another posted a chart to help the actor in his future snacking endeavors.

Still, at least a few Vegemite-loving commenters were supportive of the photo.

“Kudos for having the Vegemite spread so thick,” one Twitter user wrote.

“Don’t listen to the cowards Tom. Well spread,” another added.

The post Australians are really concerned about Tom Hanks’ Vegemite toast appeared first on In The Know.

11 things you should never cook in an Instant Pot

Skip the plastic bags and use these cute $12 reusable totes

This dry skin-friendly primer has over 70,000 loves on Sephora