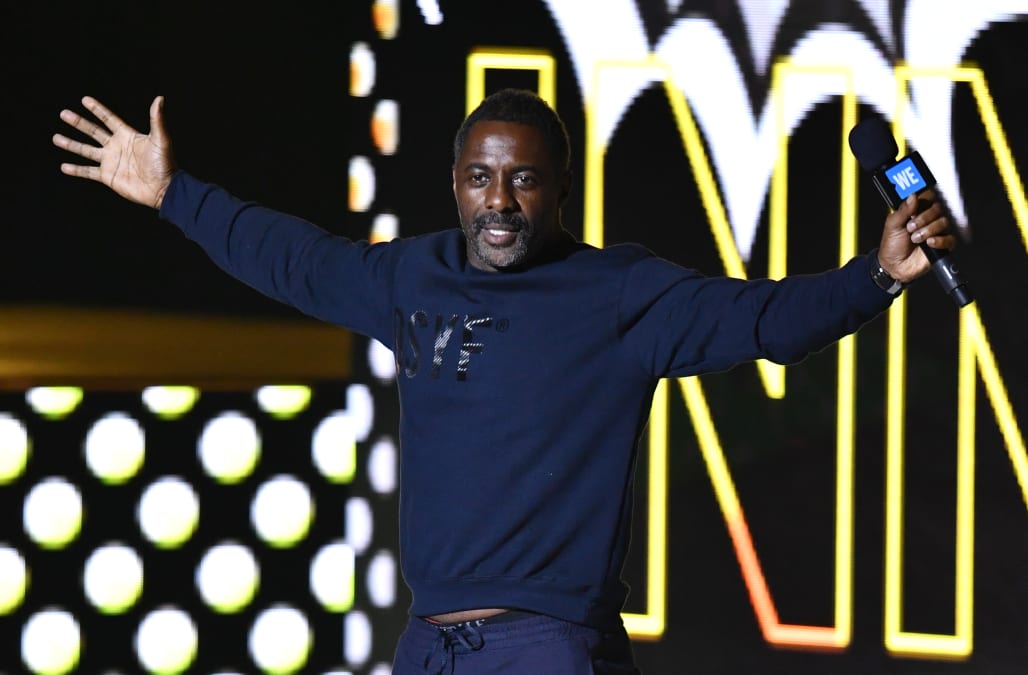 Idris Elba is the latest celebrity to test positive for COVID-19.

Days after Tom Hanks and Rita Wilson revealed their coronavirus results while being isolated in Australia, the British actor and DJ told fans that he too got a positive result after being tested over the weekend. Elba, 47, said he showed no symptoms, but sought out testing “immediately” after learning last Friday that someone he’d been exposed to had tested positive for the coronavirus disease. The Luther star, who has been in quarantine ever since, received his results Monday morning.

This morning I tested positive for Covid 19. I feel ok, I have no symptoms so far but have been isolated since I found out about my possible exposure to the virus. Stay home people and be pragmatic. I will keep you updated on how I’m doing 👊🏾👊🏾 No panic. pic.twitter.com/Lg7HVMZglZ

Elba’s wife, Sabrina Dhowre, sat with him during his announcement, in which he urged the public to stay safe and practice social distancing. He noted that Dhowre had not yet been tested herself, but was “doing O.K.”

“Look, this is serious, you know?” he said. “Now’s the time to think about social distancing, washing your hands ... Beyond that, there are people out there who aren’t showing symptoms and that can easily spread it. So now’s a real time to be really vigilant about washing your hands and keeping your distance.”

17 PHOTOS
Idris Elba out and about
See Gallery

He asked fans to practice “transparency” by getting tested if they feel ill.

“We live in a divided world right now,” he added. “We can all feel it. It’s been bull****. But now’s the time for solidarity. Now’s the time for thinking about each other. There are so many people whose lives have been affected, from those who have lost people they love, to people that don’t even have it but have lost their livelihoods. This is real.”

Elba signed off by promising to keep fans updated on his progress.

The announcement by actor, who has been long been a hot favorite to play James Bond, follows the news that former Bond girl Olga Kurylenko also has COVID-19.

More from Yahoo Celebrity:
Heidi Klum says she can't get coronavirus test after leaving 'AGT' ill: 'There just isn’t one here'
Jenna Elfman defends Scientology in new interview: ‘The controversy is boring’
Daniel Radcliffe shoots down rumor that he has the coronavirus: 'Flattered they chose me'