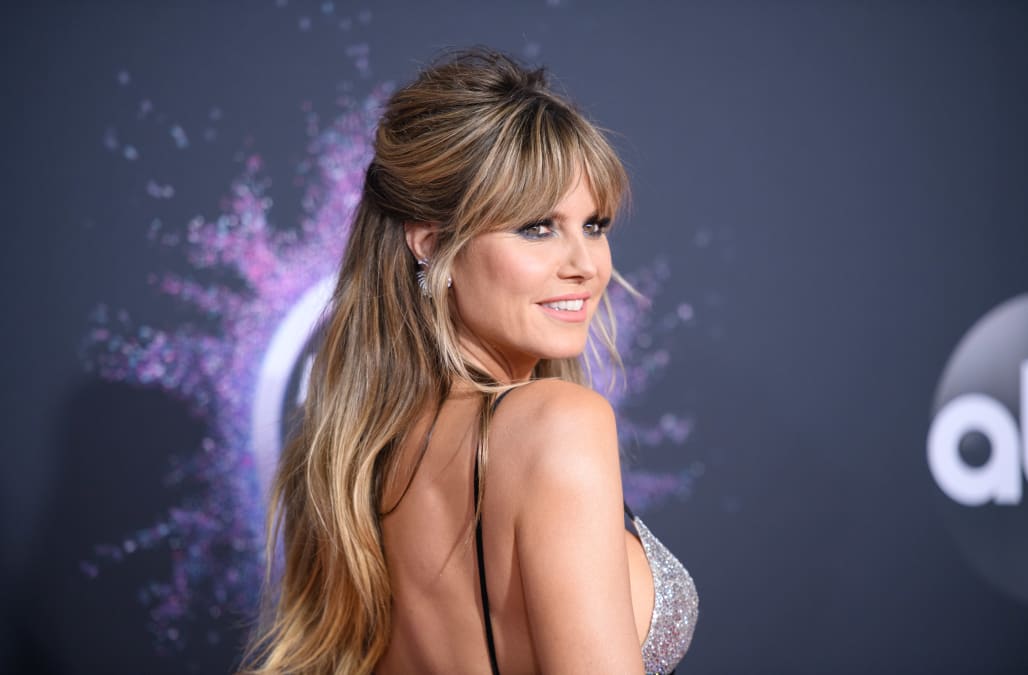 Heidi Klum left the set of America's Got Talent earlier this week after feeling sick, and the model is hoping to get tested for coronavirus. Klum shared a health update with fans on Instagram Friday.

"Hi everyone, I just wanted you to know why I have not been sitting in my America's Got Talent seat," she began.

"It started all with a chill, feeling feverish, cough, runny nose," she continued. "I'm just not feeling good so that's why I've stayed home, to not infect any other people."

Klum, 48, said she hopes "it's just a cold," but has concerns about COVID-19. According to the CDC, symptoms can include a fever and cough.

"I would love to do the corona test, but there just isn’t one here," the television personality added. "I tried with two different doctors and I just can’t get one."

"Stay home if you don't feel good," she declared.

Klum's colleague, Howie Mandel, made headlines when he showed up to work this week in a full Hazmat suit. The TV host is a notorious germaphobe and even wore a mask and breathing tube. The judges, which include Simon Cowell and Sofia Vergara, downplayed Klum's absence to the live audience. Vergara reportedly joked the supermodel had food poisoning after she sent her a meal the night before.

Deadline reported on Thursday that the talent competition show will continue filming, but without an audience.

Yahoo Entertainment reached out to NBC for comment, but did not immediately receive a response.

Tom Hanks and wife Rita Wilson were the first celebrities to come forward and reveal they tested positive for coronavirus.

"We have Covid-19 and are in isolation so we do not spread it to anyone else," Hanks wrote Thursday. "There are those for whom it could lead to a very serious illness. We are taking it one-day-at-a-time. There are things we can all do to get through this by following the advice of experts and taking care of ourselves and each other, no? Remember, despite all the current events, there is no crying in baseball."

More from Yahoo Celebrity:
Jenna Elfman defends Scientology in new interview: ‘The controversy is boring’
Daniel Radcliffe shoots down rumor that he has the coronavirus: 'Flattered they chose me'
Brigitte Nielsen says she would purposely be infected with coronavirus if she got paid: 'I would do it'