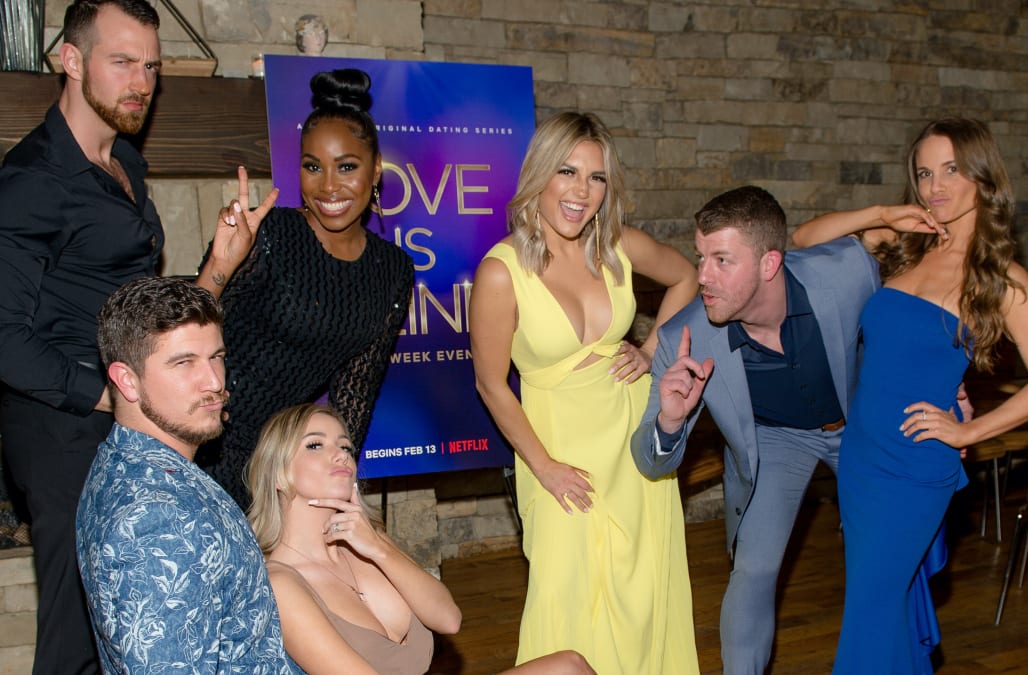 Forget “The Bachelor” — nowadays, all anyone can talk or think about is “Love Is Blind.” The Netflix dating show challenges societal norms by forcing a bunch of extremely attractive people to couple up based on a few sightless conversations — and though the first season is over, people are still clamoring for details about the contestants’ lives.

Well, during an Instagram Q&A, contestant Jessica Batten — who paired up with Mark Cuevas but eventually left him at the altar — revealed a shocking bit of information that nobody saw coming. Evidently, she and fellow contestant Kelly Chase — who also didn’t end up with her fiancé Kenny Barnes — have been friends for a decade, even though they hardly interacted on the show.

I was today years old when I found out jessica and kelly from love is blind have known each other for TEN YEARS. pic.twitter.com/lHkbD9MlM8

“I’ve known Kel for 10 years,” Batten said in response to a fan’s question about their relationship. Apparently they are so close that they even have nicknames for each other!

Given how little these two interacted on the show, fans were naturally surprised to learn of this friendship. “This gives me a headache,” one Twitter user wrote. Another user simply noted that they were “speechless.”

In a Q&A of her own, Chase confirmed that the two have been friends for a long time. “Jessica and I actually met probably like 10 or 11 years ago from an ex-boyfriend’s same social circle,” she explained, according to Bustle.

These girls make me smile. Photo taken this past weekend at two of our dear friends beautiful wedding! It was perfect and an amazing time! Be happy. Be healthy. #chaselifewithkelly #christmascolors #healthy #happy #AtoZWed #weworkout #eatclean #whohadcake? 😁

If you look through each girl’s Instagram, there is some evidence of a friendship. As far back as Oct. 2014, Chase posted a picture at a wedding featuring both ladies. Jess and Kel: the reality TV friendship we never knew we needed.

The Foreo Luna works hard to gently cleanse your skin

This USB-rechargeable lighter fully eliminates the need for matches

The post These two ‘Love Is Blind’ contestants have actually known each other for over a decade appeared first on In The Know.

More from In The Know:
Watch John Legend’s kids dance along to their dad’s new song
This 3-in-1 kitchen tool is perfect for any avocado lover
Elizabeth Montague is the first Black female cartoonist to be featured in the New Yorker