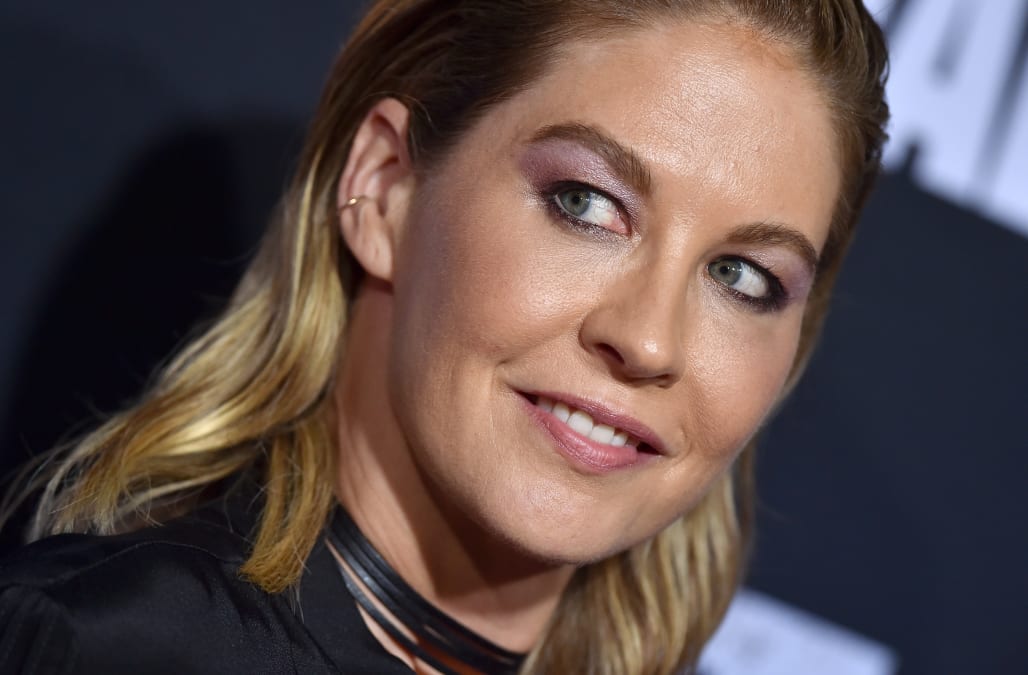 Jenna Elfman calls the controversy surrounding the Church of Scientology, of which she has been a member for 30 years, “boring.”

The Fear the Walking Dead actress, 48, made rare comments about the group — long the subject of investigations and skepticism — in an interview with Us Weekly.

“The controversy is boring,” she told the outlet. “It’s nothing to me. I know what I know, and how much it helps me.”

Elfman credited Scientology for helping her “stay grounded” amid her stardom, which was first achieved when she starred on Dharma & Greg in the late ’90s.

Celebrities linked to Scientology
According to the insider book "Inside Scientology: The Story of America's Most Secretive Religion," church members actively wanted Elvis Presley to join. However, he had a near-visceral reaction: "Elvis came out and said, 'F--k these people! There's no way I'll ever get involved with son-of-a-b-----n' group. All they want is my money." However, his daughter, Lisa Marie, would go onto become an active member.
Russell Crowe has said that he's not a member, but told Interview magazine that he strongly considered it: "I looked at Scientology, as well. I read Dianetics by L. Ron Hubbard, I got a couple of videos and I took it all in. It just seems like a religion that is perfect for people who feel like they need a grounding, who feels that the world has run off on them. I've discussed this with Scientologists, and they don't disagree. So, for a certain type of person, that's great."
According to Amy Scobee, a former high-ranking church official who defected, Scientologists actively recruited Brad Pitt, convincing him to complete two courses in 1991 and 1993. However, he "didn't' think it was for him," she said.
Brandy has admitted that she became interested in Scientology following her involvement in a 2006 car crash that killed someone. A friend told her that the classes would better her as a person, so she "checked it out," but "I'm not a Scientologist."
David Carradine told the New York Times Magazine that while he's not a Scientologist, "I've been around it enough to know it's a very intelligent thing." He took some classes, he said.
Candice Bergen was allegedly connected with Scientology in the 1960s but left before it gained popularity.
Jada Pinkett Smith has denied any involvement with the Church of Scientology, but defected member and fellow actress Leah Remini has maintained that Smith is secretly a member.
Patrick Swayze told the Tampa Bay Times (then the St. Petersburg Times) that he considered joining the religion.
Katharine McPhee said in 2006 on "Larry King Live" that while she'd enrolled in several Scientology courses, she is "no longer affiliated" with the church.
Jeffrey Tambor was a Scientologist but claims he no longer is, saying in 2007, "I took some Scientology classes at one time, studied Scientology for awhile, but no more. I have nothing against it, but I am no longer a Scientologist."
Chaka Khan gave something of a convoluted answer when asked by the New York Times if she's a Scientologist. Khan was wearing a bracelet with charm represented the three ARCs of Scientology, which she readily admitted -- but then said, "I’m not, never was, never will be. I belong to the religion of the Church of Chaka Khan, and I practice it every day. I live my religion, I consider it a personal thing. But I’ve taken some courses in Scientology, and they’ve been very, very helpful through life’s ups and downs."
Jerry Seinfeld revealed to Parade in 2008 that studying Scientology was useful for his career: "It's almost 30 years ago ... In my early years of stand-up, it was very helpful. I took a couple of courses. One of them was in communication, and I learned some things about communication that really got my act going.
Up Next

While Tom Cruise,John Travolta and Elisabeth Moss are some of the organization’s most famous faces, and users of its “Celebrity Centres,” Elfman has been a more public defender of the organization, which former member Leah Remini has been leading the charge against in recent years.

“Well, I’ve been a Scientologist for 28 years and that’s a huge part of what helps keep our [with husband of 25 years Bodhi Elfman] communication going in our relationship,” she told People.

“We’ve never cheated on each other, we’ve never broken up. We hang in there,” she continued. “Raising children, maintaining my sanity in a crazy world. Our world is crazy, it’s getting crazier, and Hollywood is the ne plus ultra of crazy.”

Elfman talked about various Scientology courses she’s taken and added, “I think that anything that works tends to get attacked.”

She also made a point to say she doesn’t focus on the negativity, noting, “I use it every single day of my life and it keeps me energized and vivacious and happy. I like literally have so much going on. Why am I going to go: ‘You know, let me put some negativity in my life. Let me go see who’s being a bigot.’”

Remini left Scientology in 2013 and has been using her platform to speak out against what she called an “extremist religion.” The organization has called her an “obnoxious, spiteful ex-Scientologist.”

Masterson has maintained his innocence. The Church of Scientology called the lawsuit “baseless” and the claims “ludicrous and a sham."

More from Yahoo Celebrity:
Daniel Radcliffe shoots down rumor that he has the coronavirus: 'Flattered they chose me'
Brigitte Nielsen says she would purposely be infected with coronavirus if she got paid: 'I would do it'
Keira Knightley won't do nude scenes now that she's a mom