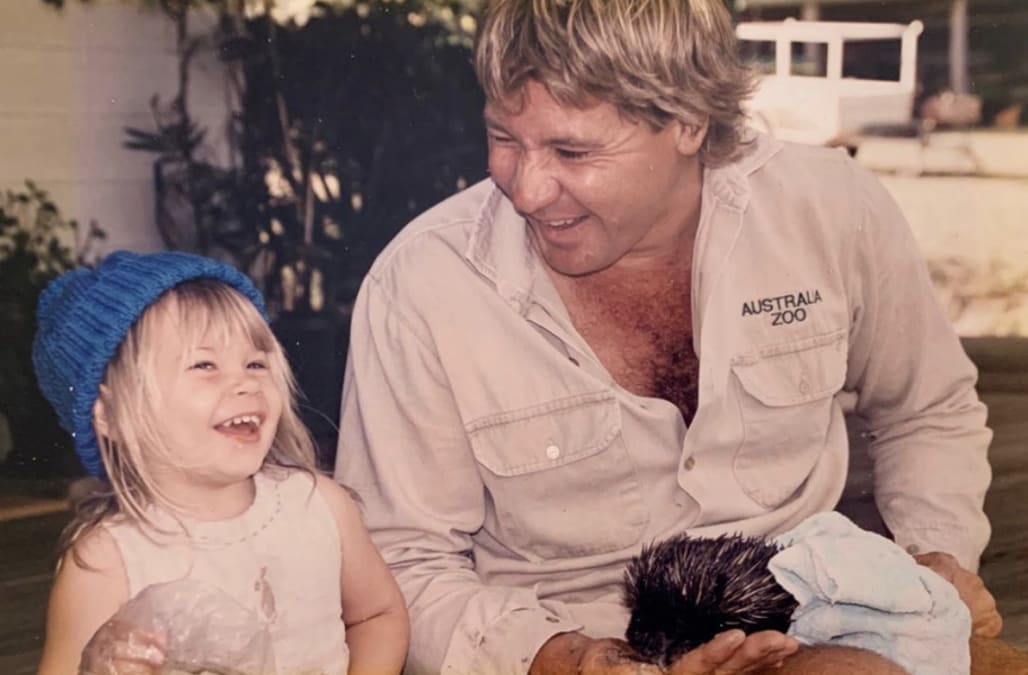 Bindi Irwin’s father won’t physically be present at her wedding, but his memory will.

That’s because the 21-year-old, the only daughter of the late conservationist Steve Irwin, has a number of touching tributes planned for her upcoming wedding.

Bindi, who was just 8 years old when her father died in 2006, got engaged to professional wakeboarder Chandler Powell last year. Powell proposed at the Australia Zoo, a place made famous by Steve’s popular documentary series “The Crocodile Hunter.”

The most beautiful surprise. Chandler and Robert worked together to capture the moment I said ‘YES’. We were in the gardens of Australia Zoo and it was beyond perfect. I never even knew Robert was there photographing and I’ll always be grateful to have these special memories of the most amazing day of my life. ❤️

The couple’s wedding is also being held at the zoo, which is currently run by Bindi’s mother, Terri, who said her husband’s presence will be felt throughout the ceremony.

“We want to acknowledge Steve by all of us lighting this candle for him, but you know,” Terri told the Courier Mail. “I guess in some ways it’s not necessary because Steve will be there anyway. I believe the people we love always are.”

In addition to the candles, attendees will also be reminded of Steve when Steve’s son, Robert, will walk Bindi down the aisle — a role traditionally reserved for the bride’s father.

Robert, who has followed in Steve’s footsteps as a nature photographer and conservationist, went viral in February for recreating one of his dad’s most iconic photos. The move left many Instagram commenters remarking at how much the two men resembled one another.

“It’ll be really important that Robert walks me down the aisle,” Bindi told Entertainment tonight last year. “I’m always so grateful that Robert is there, and he has been such a big part of my life and he’s always stepped up and been the one to give me a hug when I need it and encourage me forward in life.”

It’s unclear exactly when the wedding will take place, but it is clear that Bindi and her family are taking many steps to honor Steve’s legacy with the ceremony. The 21-year-old echoed that sentiment in February, in an Instagram post she shared on what would have been Steve’s 58th birthday.

“Today and every day I miss you and love you beyond description. You’re always with me,” Bindi wrote.

Dad, Today is your birthday. I had an extra strong cup of tea just how you liked it. I hugged Mum for you and told her how much we love her. Robert and I went on a hike through the mountains you cherished. I watched one of your documentaries with Chandler and shared stories about you. I walked through your office in the zoo and smiled at our old family photographs. Today and every day I miss you and love you beyond description. You’re always with me. ❤️

“Absolutely beautiful. His legacy will always live on in you guys,” one commenter wrote on the post.

“He’s so proud of you, without a doubt,” another added.

The post How Steve Irwin’s daughter plans to honor him at her wedding appeared first on In The Know.

Spanx faux leather leggings are going viral for a reason