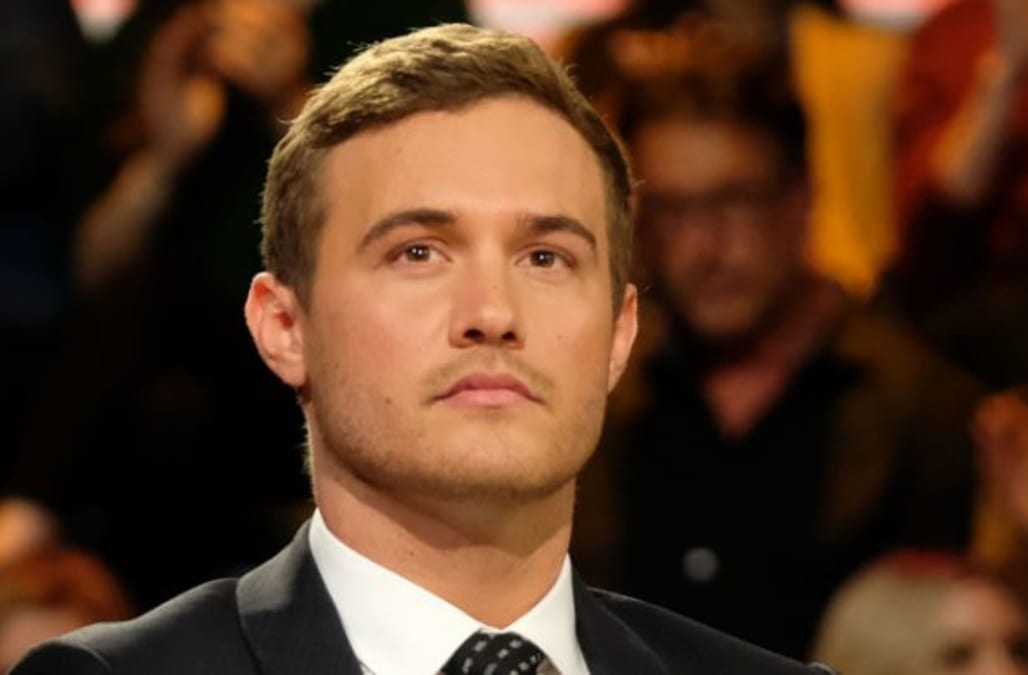 The Bachelor, Peter Weber's journey came to a very dramatic end and, it's safe to say, host Chris Harrison was not lying when he said this season's finale was going to be the "most shocking finale ever."

After Bachelor Nation favorite Madison Prewett broke up with Peter over their many differences Monday night, Peter decided that Hannah Ann was the one for him and proposed.

Hannah Ann was just as surprised as we were, but she happily said yes. However, one month later, the couple's engagement was on the rocks due to the fact that Peter was still in love with Madison and, ultimately, Hannah Ann gave Peter his ring back and the engagement was called off.

On the live show Tuesday night, Hannah Ann told Peter, "Peter, we've been through a lot together, and I should have really picked up on the first red flag that you gave to me, when you wanted to reach out to Hannah Brown to find closure with her. So looking back on it, our engagement involved three women – me, you still being in love with Madison and proposing to me, and you needing closure with Hannah brown. That is three women involved in our engagement that I was completely blindsided by. So a word of advice, if you want to be with a woman, you need to become a real man."

Speaking of Barbara, we all know that after part one of the season finale, which aired Monday, Barbara was not a fan of Madison, which had viewers canceling Peter's mother. On Tuesday, Barbara managed to make Bachelor Nation dislike her even more, when it was revealed that Peter and Madison have recently reconnected, and Barbara refused to give the couple her support.

While Peter and Madison did not confirm that they are officially back in a relationship, Peter explained that they know they love each other and are just taking it one day at a time. Peter begged his mother, "I just ask that you guys can give her that chance, and trust me, and, you know, this is someone that I love and I fell in love with. She's one of the most amazing people I ever met, and I know that if you give it time, you will be able to see it. Do we have differences? Yeah. Are there uphill battles? Yeah. But it's something I'm willing to take in stride with her and, you know, I hope you guys can understand that."

When Harrison asked Barbara how she could move forward and what she would need to give Peter and Madison a shot together, Barbara shockingly stated, "Chris, he's going to have to fail to succeed. That's it." Fans were floored.

For someone who “cares so much” about her child, please tell me why Barb is doing everything in her power to actively destroy Peter’s happiness ??? #TheBachelorpic.twitter.com/lMQby7dv2n

she can show love and grace to a complete stranger but not to the woman her son loves??

Madison saying that she will never disrespect Peter’s family despite everything his family said about her says a lot about the kind of woman she is. It also says a lot about who Barb is. Not a good look Babs #TheBachelor

I gotta hug my Mother-In-Law a little tighter tonight realizing i could have wound up with a Barb #TheBachelorpic.twitter.com/ws42juvpYX

A 23 year old has more maturity and class than a mother of 2... baffled #thebachelorpic.twitter.com/PcaC9m1M5O

I totally understand Peter more now after seeing how his mom treats him. #TheBachelorpic.twitter.com/kzG2HZ2uwj

Barb loved Hannah Ann because she can be manipulated. She knew Madison stood her ground and couldn’t be controlled, and she won’t let barb control Peter anymore if they are together. #thebachelorpic.twitter.com/h3nDhfkbBZ

Barbara THIS is what a REAL PARENT looks like you old bitter hag. Loving their child, respecting their child, SUPPORTING their child knowing that their needs and wants FAR OUTWEIGH OUR OWN as their parents. #TheBachelorpic.twitter.com/kyk9hxvwzC

No matter how they felt, should Peter’s family have ever said any of that live on TV? #TheBachelorpic.twitter.com/ltvvt229aw

Barbara continued, "Chris, all his friends, all his family, everyone that knows him knows that it's not going to work. So we've been trying to help him."

However, despite Peter's plea to his mother to just support him and his love for Madison, because that "should be enough," Barb was not having it.

Part two of The Bachelor season finale aired Tuesday at 8 p.m. on ABC.

Watch Peter Weber’s mother Barbara being canceled after drama with Madison on part one of the season finale of ‘The Bachelor’:

More from Yahoo Entertainment Video:
‘Love Is Blind’ stars reveal they’ve secretly known each other for 10 years
Here’s what the ‘Zoey 101’ school looks like today
A ‘Voice’ audition so good, it breaks the coaches’ chairs