The Rock shows off his #GirlDad skills in heartwarming new video: 'My strong little love' 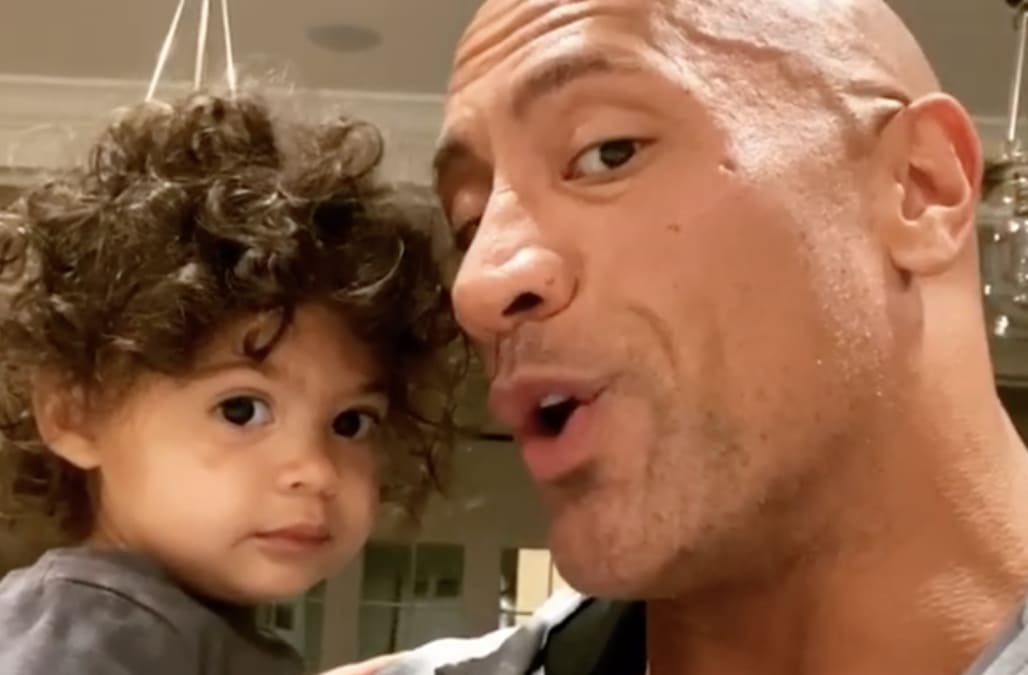 The “Jungle Cruise” actor posted a video to his Instagram on March 8, the date of the worldwide holiday, during which he offered some words of encouragement for the toddler.

“Can you say, ‘I’m a pretty girl?'” Johnson asks as he begins leading his daughter, Tia, through a series of self-affirming statements.

“Even more importantly than that, can you say, ‘I’m an awesome girl? I’m a smart girl?'” Johnson adds.

After each question, Tia repeats each of his statements, showing her confidence to Johnson’s 174 million Instagram followers.

Johnson, who’s often been compared to celebrity “Girl Dads” like Barack Obama, Alex Rodriguez and the late Kobe Bryant, has shared numerous supportive messages about his children in recent weeks.

In February, he took to Instagram to congratulate his oldest daughter, Simone, after she announced she had begun training to join the WWE — the same wrestling organization that brought her father worldwide fame.

“Carry our family name proudly, but your road will always be yours to create, earn & own,” Johnson wrote. “So proud. Live your dream. Let’s work.”

The post The Rock shows off his #GirlDad skills in new Instagram video appeared first on In The Know.

These chalkboard paint hacks will help keep you organized