Billie Eilish responds body shamers with ‘powerful’ move during concert: ‘Nothing I do goes unseen’ 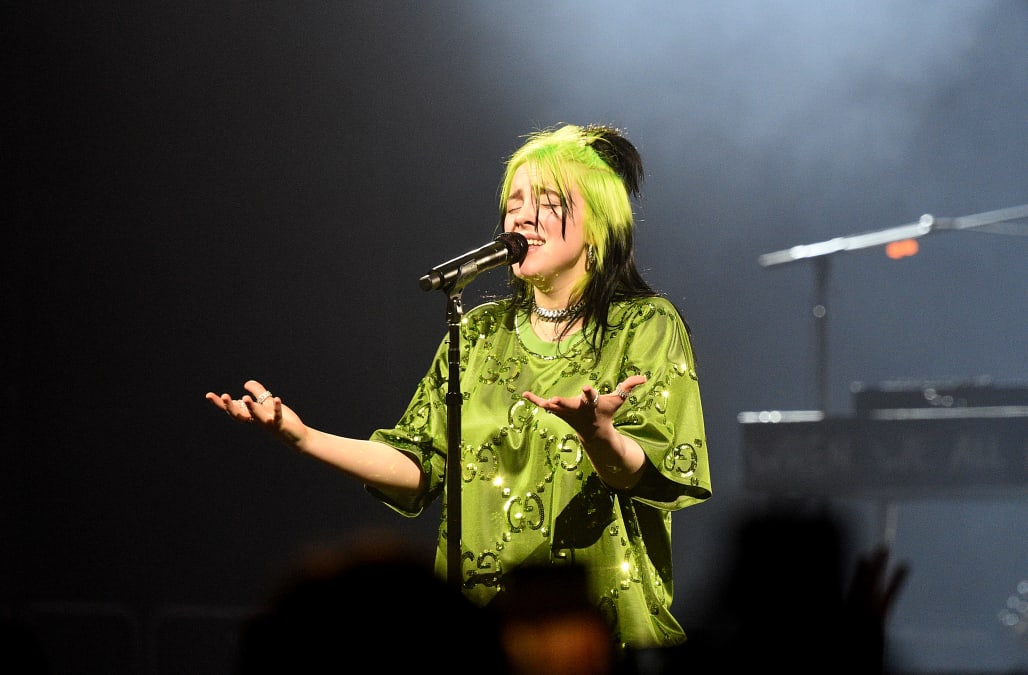 Billie Eilish is receiving plenty of praise from fans after stopping a concert to criticize people who “judge” her based on her appearance.

The “Bad Guy” singer, who has said she wears baggy clothes as a way of avoiding public conversations about her body, used the first night of her world tour to address the issue while removing layers of clothes onstage.

Eilish has previously described her style as wearing clothes that are “800 sizes bigger” than she is. But during her mid-concert speech, the 18-year-old took off her hoodie and blouse, revealing her bra underneath.

“If I wear what is comfortable, I am not a woman. If I shed the layers, I am a slut,” Eilish went on to say. “Though you’ve never seen my body, you still judge it and judge me for it. Why? You make assumptions about people based on their size.”

Fans were quick to praise the Grammy-winning singer, calling her message a “powerful” defense against body shaming.

“Billie stripping down and showing off her body while expressing that everyone else’s opinions don’t matter cause SHES confident and your opinion of her is NOT HER RESPONSIBILITY is a f****** power move,” one person wrote on Twitter.

“Billie is using her tour as a platform to send a positive statement to her fans by using an interlude about how people’s opinions on her body aren’t her responsibility is so powerful,” another wrote.

Eilish’s tour comes off a huge night for the singer at the 2020 Grammy awards, during which she became just the second artist in history to win Best New Artist, Song of the Year, Record of the Year and Album of the Year in the same year.

The post Billie Eilish responds to body shamers with ‘power move’ at concert appeared first on In The Know.

Joanna Gaines has dreamy new products at Target, and we want them all

Our favorite made-by-women Amazon picks to give your BFF