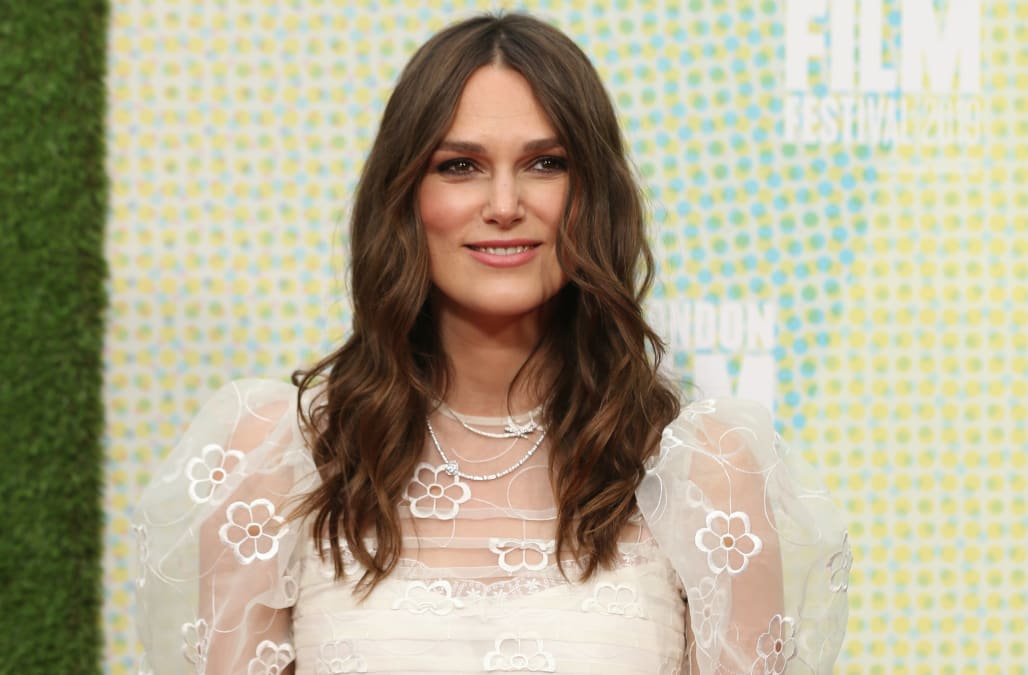 Keira Knightley has sworn off nude scenes now that she’s a mother of two.

The 34-year-old admitted she used to be “completely comfortable” stripping off when she was younger. But in an interview with the Financial Times she explained that motherhood has changed the way she feels about being naked during scenes.

“The nipples droop,” she joked.

“I'm really happy with my body. It's done an amazing thing. But I also don't want to stand there in front of a whole film crew.”

Nowadays, she uses a body double for nude scenes and has a stand-in for sex scenes.

Knightley has appeared topless in films before, but believes it has always been done tastefully.

“I get to choose the body double. It is an interesting selection process! It kind of goes like, ‘That's a little bit like you, but better. She has a lovely body, so she can do this’ ... then I get final approval of what the edit is.”

She now has a no-nudity clause in her contract as well as a full sign-off on every nude scene in which she’s involved.

The actress has two daughters with her husband, James Righton: Edie, 4, and Delilah, who was born last year.

She’s not the only celebrity to open up about the way she feels after having children lately.

Chrissy Teigen recently revealed that she felt “hesitant” about getting her breast implants removed now she’s a mother.

“If I could do one thing, it would be to have a lift,” she told Glamour U.K. “I think you’re supposed to replace [implants] every 10 years. But when you have kids you think about [the risks] of surgery and I think, ‘This is not the way I want to die, in boob surgery.’”

This isn’t the first time Knightley has been refreshingly open about the real side of being a new mom.

Last year, she spoke about her maternity leave plans following the first of her daughter Delilah.

She mentioned the breastfeeding lengths she had to go to in order to do interviews promoting her latest film.

“If I don’t do it [pump] my boobs will explode,” she told the Telegraph. “I mean, quite literally. It’s going everywhere. So, you know, that’s not happening. The pump is with me. It’s fine.”