Ruby Karp, 19, is setting the stage for young female comedians 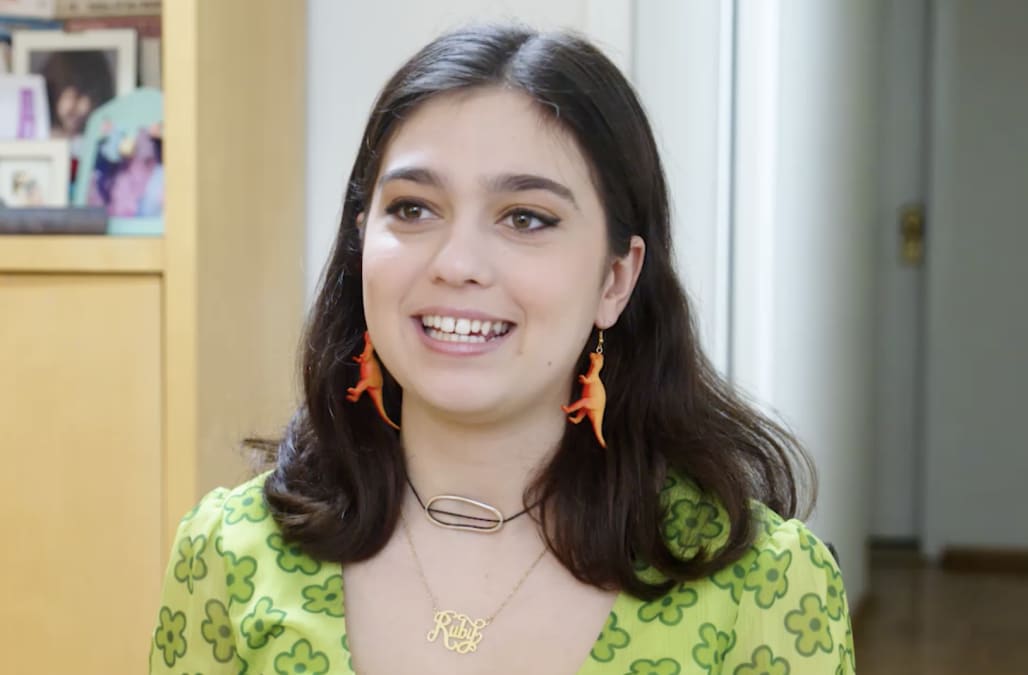 The 19-years-old trailblazer got her start when she was just 11 years old, but says she didn’t realize comedy would shape up to be her career until she was about 16.

“When I’m on stage performing, I feel at home,” she told In The Know. “There is nothing else in the world I could see myself being as happy doing.”

“I just love connecting with other people,” she added. “That’s always what I’ve loved to do, and I feel like there’s no better way to connect with people other than through humor.”

WE HOPE YOU HAVE FUN Feb show🥺🥺🥺 thank you to our amazing comics for killing and @ucbtny for having us!!❤️❤️ see y’all MARCH 7TH

Karp said she’s been writing comedy and engaging in feminist activism since she was a child, largely thanks to her mother, Marcelle Karp — a feminist writer, editor and television director and producer — who actually brought her daughter into the entertainment scene.

“My mom just happened to be friends with a bunch of comedians,” Karp explained. “She would just have me hang out with comedians because those were the people who (were available to) watch me.”

“I always say to my mom, if they made a biopic about my life, she would be the star of it — and not in like a stage mom way, like in the most genuine supportive way possible,” she added. “I found that my mom is the one person I can go to, who I’m never afraid will judge me and I’m not going to get mad at her if she says anything negative.”

name a Karp that isn’t a mf bad ass #internationalwomensday

When Karp was just 7 years old, a fateful interview with Amy Poehler for the actress’s web series, titled “Smart Girls at the Party,” helped further propel the youngster in her journey toward standup.

“After (the interview, Poehler) was like, ‘You’re ready to perform,” Karp recalled. “And I was like, ‘What are you talking about? I’ve been performing my whole life.’ And she was like, ‘No, you’re ready to, like, really perform.'”

Decade in review: 2008: did monologues at ASSSCAT for the first time. 2011: I had been asked to write for a website called Hello Giggles. It turned out they had a live show, so I went to LA to do it. They said I should do a NYC show. So, in 2011, i started hosting a stand up comedy show at UCB called Hello Giggles Presents. I didn’t know what stand up was at all really, just that people would tell stories and people would laugh. So that’s what I would try to do. By 2013, I had written for Mashable, was writing weekly on Hello Giggles, had given a TEDx talk, spoken @ the UN, done a MOTH slam, done @amypoehlersmartgirls and a variety of other im-your-local-funny-kid-feminist events. At this time, I was absolutely set on pursuing a career in acting. As the years went on, I continued to host HelloGiggles monthly at UCB. Around 2014, we stopped calling it the HelloGiggles show and decided to make the show my own. At this time, my mom was producing the show and I was hosting. She asked what I wanted to call it. @cotnoir said, “We Hope You Have Fun?” Since this 2014 shift, so much has changed with it. I went to theater school. I was heartbroken by the cold reality that theater (especially MT) wasn’t my talent. Slowly, as the years went on, I began to start putting in the work in comedy. I was now writing jokes instead of stories, studying the comics I would have on the show like a textbook. At this time I was one of 5 people who showed up to improv club at school. 2015: I was no longer making people laugh because I was 11; I was starting to make people laugh because I was funny. I realized that while acting may not be over forever (but MT definitely is and that’s ok!) I was chasing the wrong passion. It had always been comedy, it’s what I’d grown up doing, what I’d grown up watching, grown up loving. My sophomore year of high school, Alex emailed me and told me I should write a book. I did. Between 2017 and 2019 I did more comedy shows than I had done in my whole life. Now, I’m a sophomore in college, on an improv team that makes my ❤️ so full & is SO GOOD, and I take the train into NYC every month to produce and host what I’m so proud to call, fully, my show.

Karp’s career continued to flourish, and, when she was 11, she began writing for Hello Giggles, a women’s positivity website that covers culture, female empowerment and style.

The outlet had a live show in L.A. at the time called “Hello Giggles Night” at the Upright Citizens Brigade Theatre in Los Angeles and eventually decided to expand it to New York. Karp was tapped to host the east-coast show, which is now called, “We Hope You Have Fun,” and has been running it ever since.

“I now produce the show as well as host it, so in addition to obviously being on stage and introducing everyone, I’m in contact with all the comedians who do my show,” Karp said of her role. “When they get to the theater, I make sure they have everything they need. I really like it.”

WE HOPE YOU HAVE FUN 9 YEAR ANNIVERSARY SHOW!!!!! thank you so much to the amazing comics who performed and @ucbtny for having us for almost a decade!

Karp, who ultimately wants to be a producer, says she hopes her work in comedy can help pave the way for other women in the field, much like her heroes and role models did for her.

The post Ruby Karp, 19, is setting the stage for young female comedians appeared first on In The Know.