‘Back to the Future’ stars reunite for 'legendary' photo: ‘Best picture ever’ 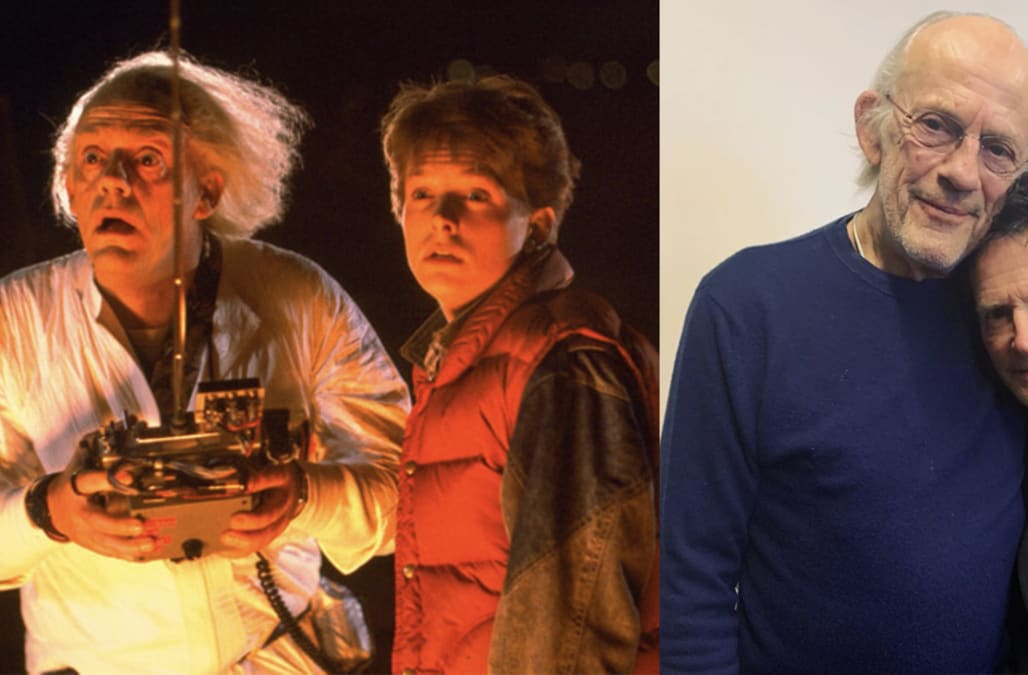 “Back to the Future” fans would’ve been excused for thinking Marty McFly and Dr. Emmett “Doc” Brown had jumped forward 35 years in their DeLorean.

In reality, it was just a touching reunion between former castmates, as actors Michael J. Fox and Christopher Lloyd posed together during a night of card playing.

“Going 88mph for the @michaeljfoxorg Poker Night,” Lloyd wrote, referencing the speed required for his infamous DeLorean to travel through time.

The event reunited the stars of the hit film franchise, which debuted with “Back to the Future” in 1985 — and all for a good cause. USA Today reported that the “poker night” was actually a part of an annual fundraiser benefiting the Michael J. Fox Foundation for Parkinson’s Research.

Fox, 58, was diagnosed with Parkinson’s disease in 1991, just a year after starring as the iconic, puffy-vest wearing Marty McFly in “Back to the Future Part III,” the final entry in the series. The actor has become an activist and major advocate for those suffering from the condition since then.

Lloyd’s photo wasn’t the only highlight from the night though, as Fox also shared his own post featuring the two actors.

“All in with @mrchristopherlloyd at @michaeljfoxorg Poker Night,” Fox wrote.

The reunion drew plenty of excitement from fans who shared their responses to the "legendary" get-together.

“Best picture ever,” one wrote.

“All these years later and you two still hang out that’s real man,” another added.

“When is the next movie coming?” another asked.

The post The iconic ‘Back to the Future’ duo reunited 35 years later appeared first on In The Know.

The Comfy is like an upgrade for your favorite blanket