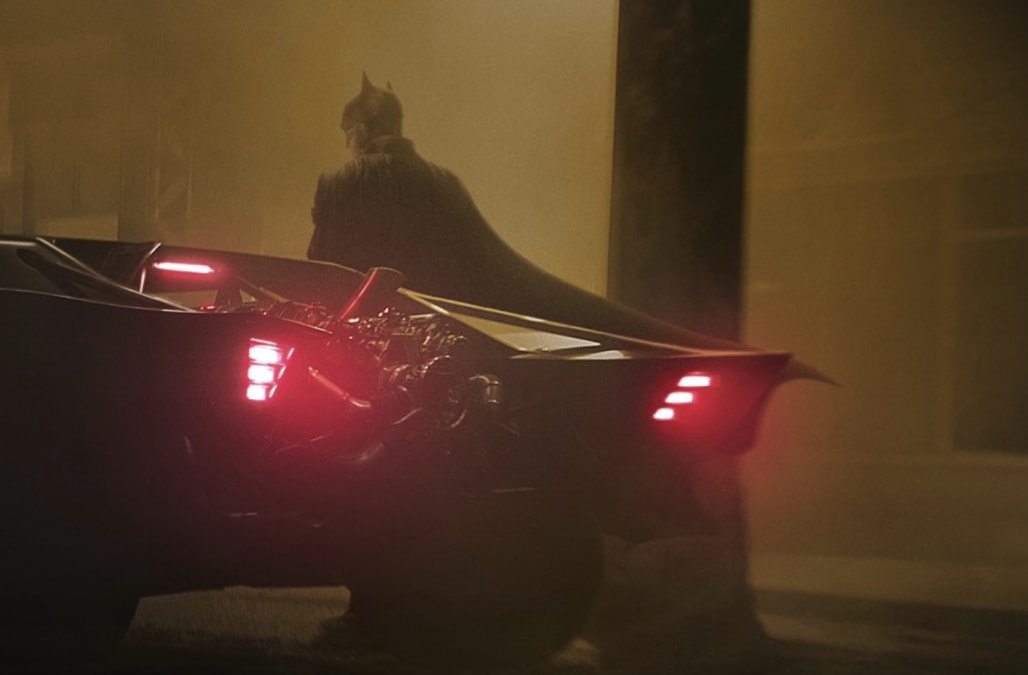 Dom Toretto can keep his fleet of fast and furious cars: The Batman director Matt Reeves just gave the world its first look at the new Batman’s new Batmobile and it’s a ride that any teenage sidekick would covet. Reeves posted three images of the Caped Crusader’s signature vehicle on Twitter, all of which also feature Robert Pattinson suited up as Gotham City’s Dark Knight.

These pictures are the director’s latest peek at his currently shooting franchise reboot, which has Pattinson taking over the cape and cowl from departing DC Extended Universe crimefighter, Ben Affleck. Earlier this month, Reeves unveiled a camera test of his leading man modeling the new Batsuit, which is a more streamlined ensemble than the bulky Bat-armor we’ve seen on past Caped Crusaders, be it Michael Keaton or Christian Bale. “It’s going to be very, very cool,” Pattinson told Yahoo Entertainment about his costume last year... and he’s not wrong.

This updated Batmobile is similarly stripped-down, which makes sense as its owner is still in the process of acquiring all of his wonderful toys. The script by Reeves and Mattson Tomlin reportedly takes place during Batman’s second year as a crimefighter, and pits the young hero against an all-star rogues gallery that includes the Penguin (Colin Farrell), the Riddler (Paul Dano) and Catwoman (Zoë Kravitz).

Presumably, he’ll pursue those crooks — and their various henchpersons — behind the wheel of the Batmobile, which features a Bat-mask on the rear of the car right above a circular exhaust that recalls the vintage 1989 version from Tim Burton’s genre-transforming hit. (Going back further, the 1966 Batmobile boasted a similar feature.) The overall silhouette is less gothic than that much-loved Batmobile, and less militaristic than the tank-like Tumbler that took center stage in Christopher Nolan’s Dark Knight trilogy. It’s more like someone took a normal American muscle car and stuck a Bat-face on the bumper... which more or less sounds like what the filmmakers were going for.

While we have yet to see it in action, this Batmobile is already speeding its way into the hearts of many a Bat-fan.

The Bat and the Furious!!

The Batmobile has a roll cage! Repeat, this is not a drill! Batman's got a muscle car made for street racing!! Ahhhhhhhhhhhhhhhhhhh!!! pic.twitter.com/IIjg1IGrzf

I LOVE IT
IMO it could be a little more modern, but it looks like a great combo between the Telltale-sequel modern car and the 60s Batmobile.
Matt’s taking Batman in a new direction and I’m here for it! https://t.co/1P6oD0CimY

A Batmobile that isn’t a giant-ass tank, I’ve missed that for a long time!#TheBatmanhttps://t.co/MKx1ljlP9d

On the other hand, Batman’s new car has some features that are bugging potential buyers.

The Batmobile won’t last for long if he’s getting out and leaving the keys in it. https://t.co/NW1UHQ8OxZ

Sorry but that #TheBatman Batmobile is the worst in decades, looks like Dominic Toretto's Dodge Charger getting ready to race the Joker across Gotham. Really unsure about this movie compared to the last Batman movies.

That’s so ugly 🙅🏻‍♀️ this is not fast and furious!!! pic.twitter.com/JqmoxgQEUF

For a billionaire, the new #Batmobile is a bit second-from-highest-spec in the dealership brochure pic.twitter.com/IFqAV0FpKq

We’re ready to take this Batmobile for a test drive when the first trailer drops.

The Batman opens in theaters on June 25.